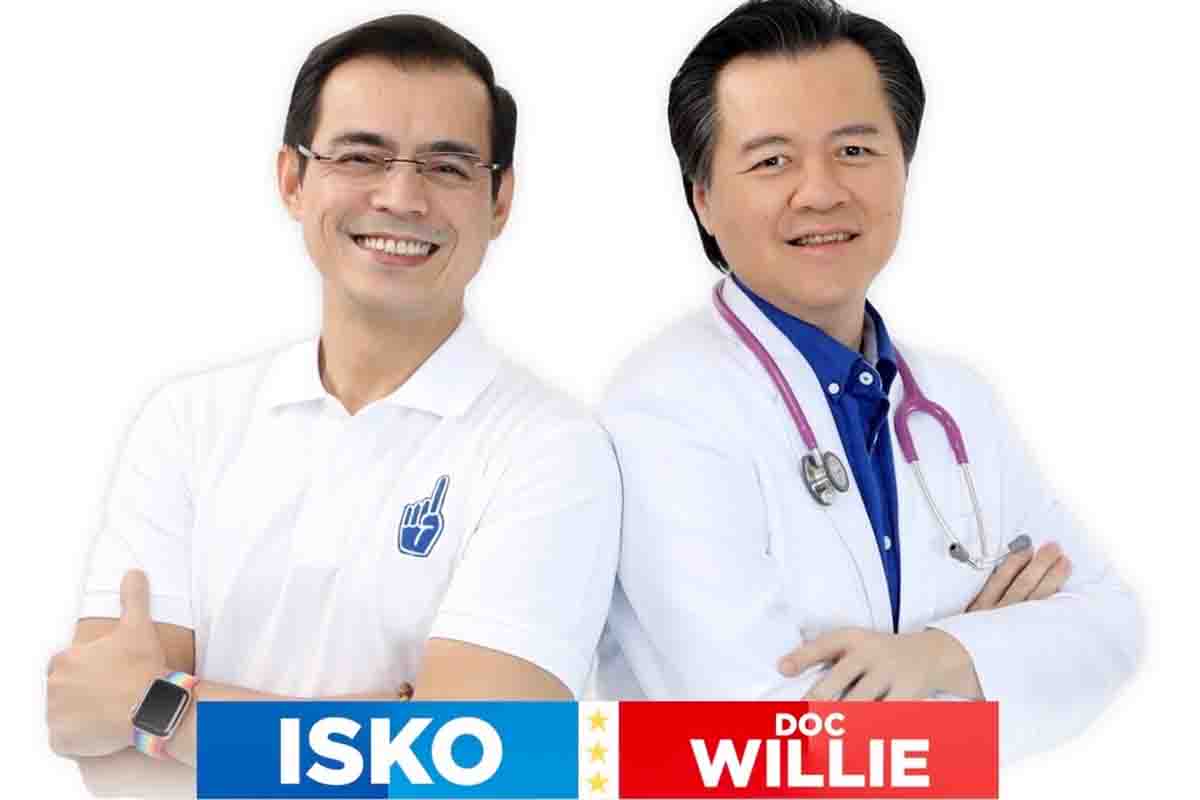 
Isko-Doc. Willie tandem has been confirmed.

Yorme Isko’s running mate would be social media personality and former senatoriable Dr. Willie Ong. They will run under the Aksyon Demokratiko banner.

He is slated to announce his candidacy on Wednesday, September 22, at the Baseco compound Tondo, Manila where he grew up.

To recall, the actor-turned-politician was always certain about running in next year’s election but did not disclose which position. Nonetheless, Domagoso was the second choice to become the next president according to a survey by Pulse Asia in July.

The mayor is the latest addition to the list of presidentiable for the forthcoming election. Senators Panfilo “Ping” Lacson and Manny Pacquiao have earlier announced.