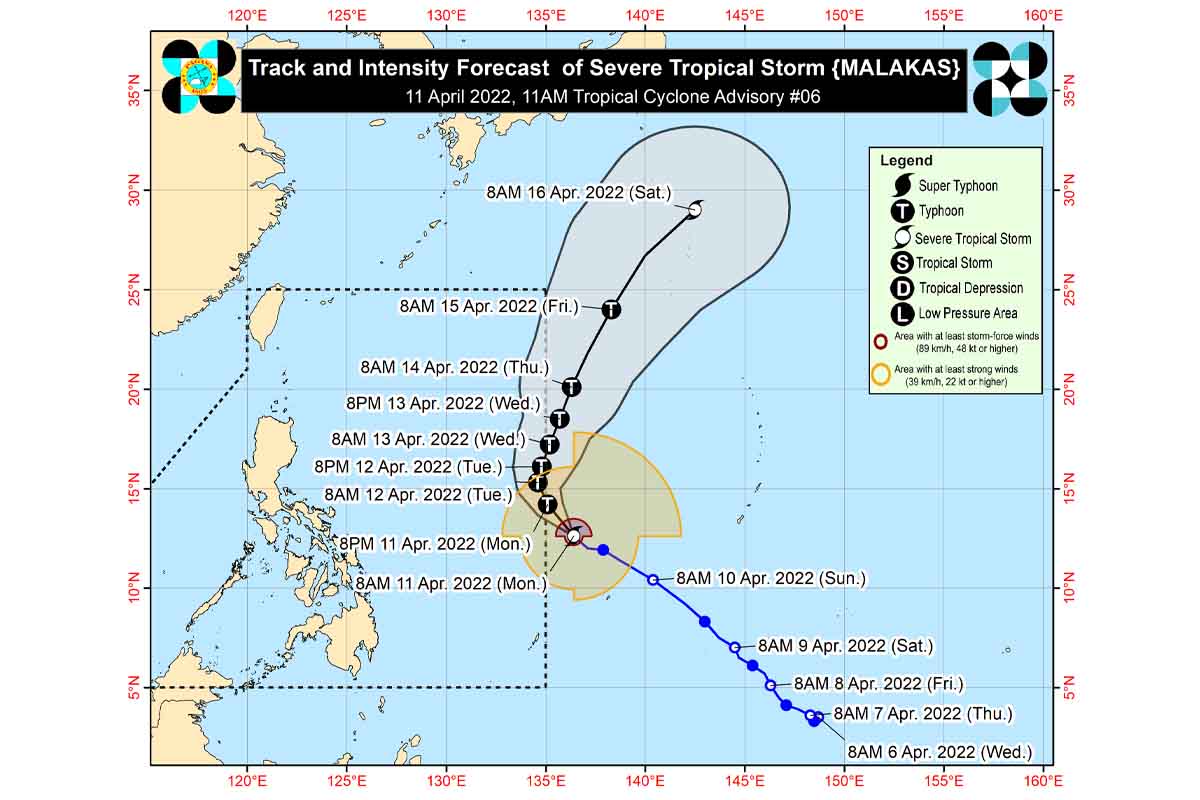 According to the latest weather bulletin from the Philippine Atmospheric, Geophysical and Astronomical Services Administration (PAGASA) released 11:00 AM on Monday, April 11, the center of Tropical Depression “AGATON” was estimated based on all available data over the coastal waters of Tanauan, Leyte (11.1°N, 125.1°E).

“Agaton” has a maximum sustained winds of 45 km/h near the center, gustiness of up to 60 km/h, and central pressure of 1002 hPa. It will bring heavy rainfall in several areas in the country today and tomorrow.

Moreover, tropical cyclone wind signal no 1 are still raised in the following areas:

PAGASA forecast “Agaton” to slowly loop in the vicinity of the northeastern portion of Leyte and the southern portions of Samar and Eastern Samar before emerging over the Philippine Sea by tomorrow evening as another tropical cyclone with international name “Malakas” begins to interact with it.

According to PAGASA in its tropical cyclone advisory no. 6, the center of Severe Tropical Storm “Malakas” was estimated based on all available data at 1,300 km East of Southern Luzon (12.8°N, 136.2°E).

It carries a maximum sustained winds of 100 km/h near the center, gustiness of up to 125 km/h, and central pressure of 985 hPa.

It is unlikely to directly affect the weather condition in the country but is forecast to influence the movement and development of “Agaton '' as it tracks generally northwestward towards the Philippine Area of Responsibility.