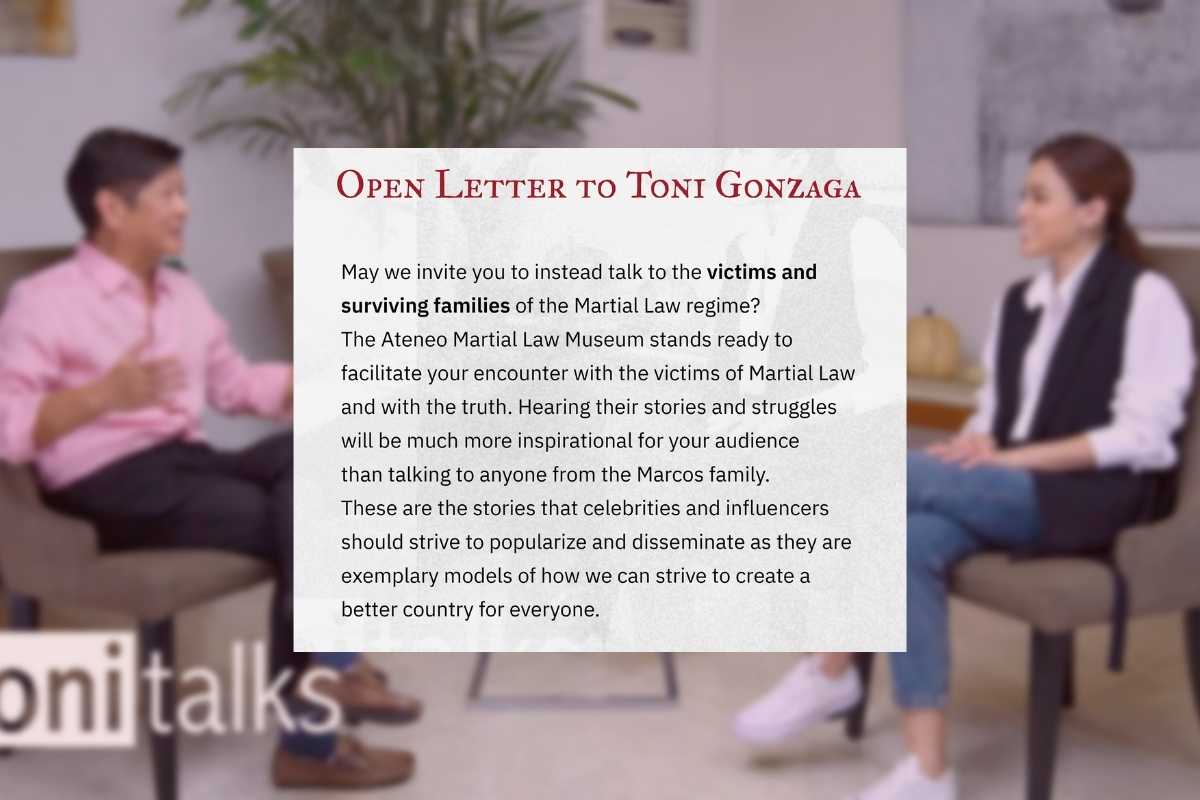 
The Ateneo Martial Law Museum invited host and TV personality Toni Gonzaga to interview the victims and surviving families of the Martial Law regime, after her interview with former senator Bongbong Marcos received backlash from netizens.

In an open letter to the actress, the Martial Law Museum said it is open to facilitate her interview with the victims of a dark era in Philippine history.

“Hearing their stories and struggles will be much more inspirational for your audience than talking to anyone from the Marcos family,” the museum wrote.

“These are the stories that celebrities and influencers should strive to popularize and disseminate as they are exemplary models of how we can strive to create a better country for everyone,” it added.

The video, titled “The Greatest Lesson Bongbong Marcos Learned From His Father” drew the ire of many netizens who accuse Gonzaga of giving Marcos a platform to “humanize” his father, former president-dictator Ferdinand Marcos.

The Martial Law Museum echoed this sentiment, saying the interview episode “contributed to the Marcos family’s attempts to whitewash their human rights violations and its proven historical record.”

“No amount of propaganda spewed by the Marcos family and their supporters can erase the factual and proven disastrous effects of the Marcos regime on our country. Your show presented Bongbong Marcos as an amiable and approachable figure,” the museum said.

In its open letter, the Martial Law Museum urged Gonzaga to “listen to the real heroes who suffered and fought against the Marcoses”, adding that it is open to collaborate with the actress and other creators to initiate the conversation.