The oldest person in the Philippines just turned 124 years old 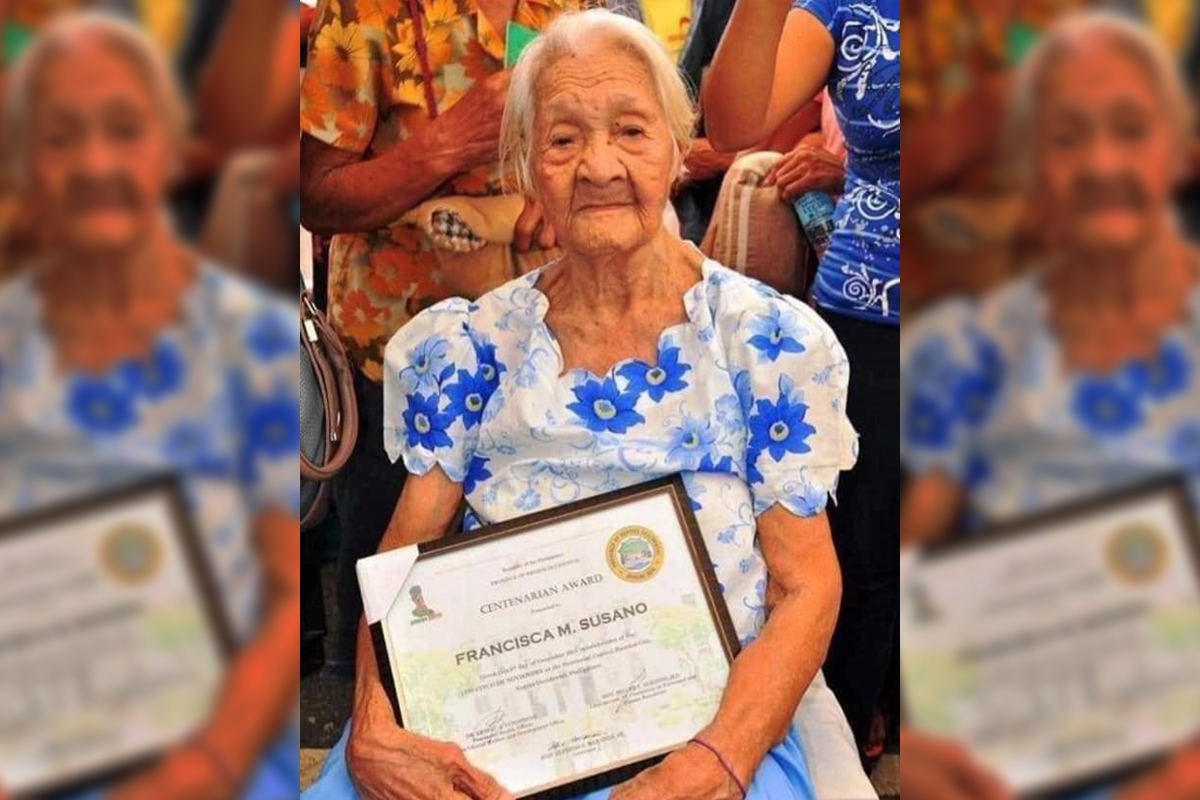 Francisca Susano, or more popularly known as Lola Isca, is proclaimed by the National Commission on Senior Citizens as the oldest person in the Philippines.

She celebrated her 124th birthday in Kabankalan City, Negros Occidental with presents and birthday cakes at her humble abode in Barangay Oringao.

National Commission on Senior Citizens Commissioner Franklin Quijano personally sent a bouquet of flowers, a plaque of recognition, 10,000 pesos in cash, and a manager's check worth 24,000 for the birthday celebrant.

The plaque of recognition coming from the National Commission on Senior Citizens wrote Susano, who's born on September 11, 1897, is also claimed as the oldest living person in the world.

"This certificate of recognition is given to Francisca Montes Susano for having achieved the healthy productive age of 124 [as] the oldest living person in the world," it read.

The Guinness Organization has already received the documents needed for Lola Isca to be officially declared as the "world's oldest person." Meanwhile, the Gerontology Research Group is also currently working on verifying the documents.

Reports claim that Lola Isca is older than the current record holder from Japan, Kane Tanaka who is aged 118 years old.

Susano has 14 children, and her eldest daughter, Magdalena, is also a centenarian at 101 years old. Amazingly enough, she has survived the smallpox pandemic of the 1900s, the Spanish Flu pandemic from 1918 to 1920, and World War I and II. She also lived through all 16 presidents of the Philippines, and is among the 30 oldest people in the world. Despite her old age, she can still speak fluently, walk, and even play the harmonica.

The secret to her long life? The supercentenarian said she consumes a lot of vegetables, and only a minimal amount of meat but she does not eat port. She added that a healthy diet, avoidance of alcohol, and a positive point of view in life play a part in her long life.