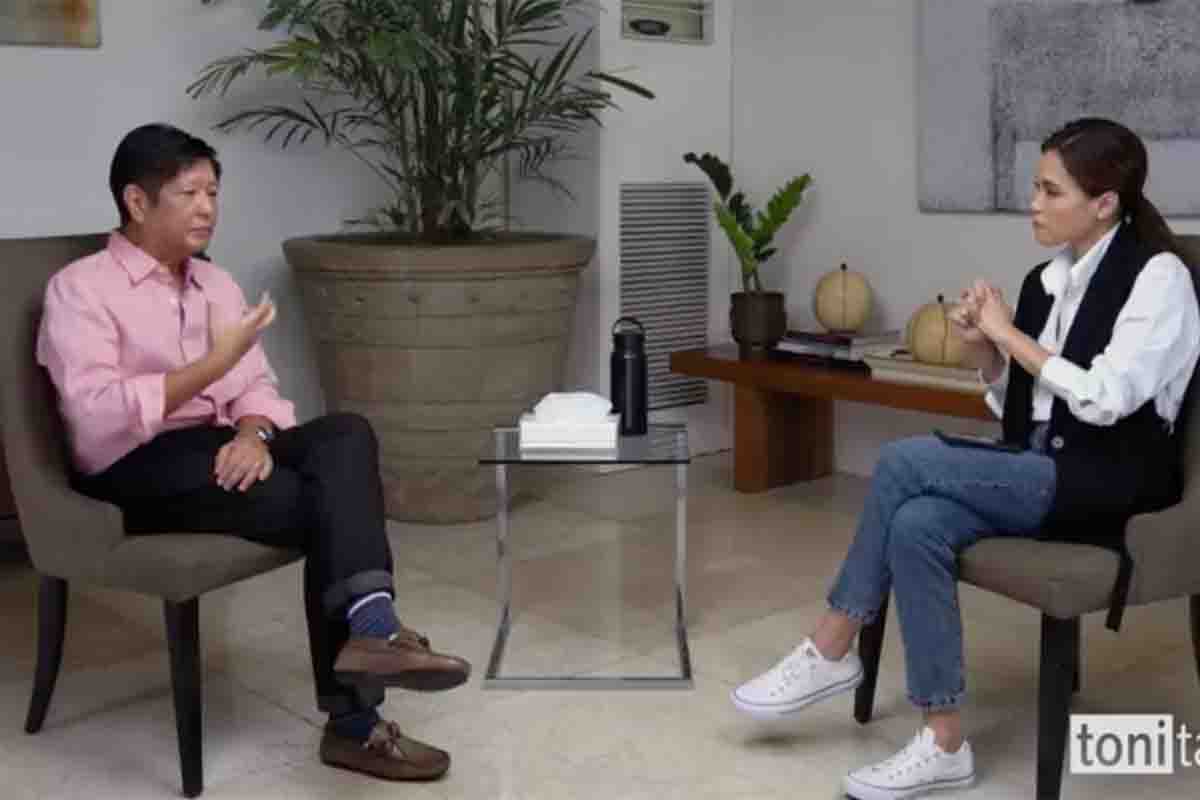 During the Toni Talks episode uploaded on Toni Gonzaga Studio YouTube channel, the TV host spoke to the former politician about his memories with his late father and former president Ferdinand Marcos.

Netizens have mixed reactions towards the interview as Gonzaga has always been a subject to criticism over her political stand.

One tweet alleged that the interview said that it was an obvious attempt to humanize and change the image of the former president. 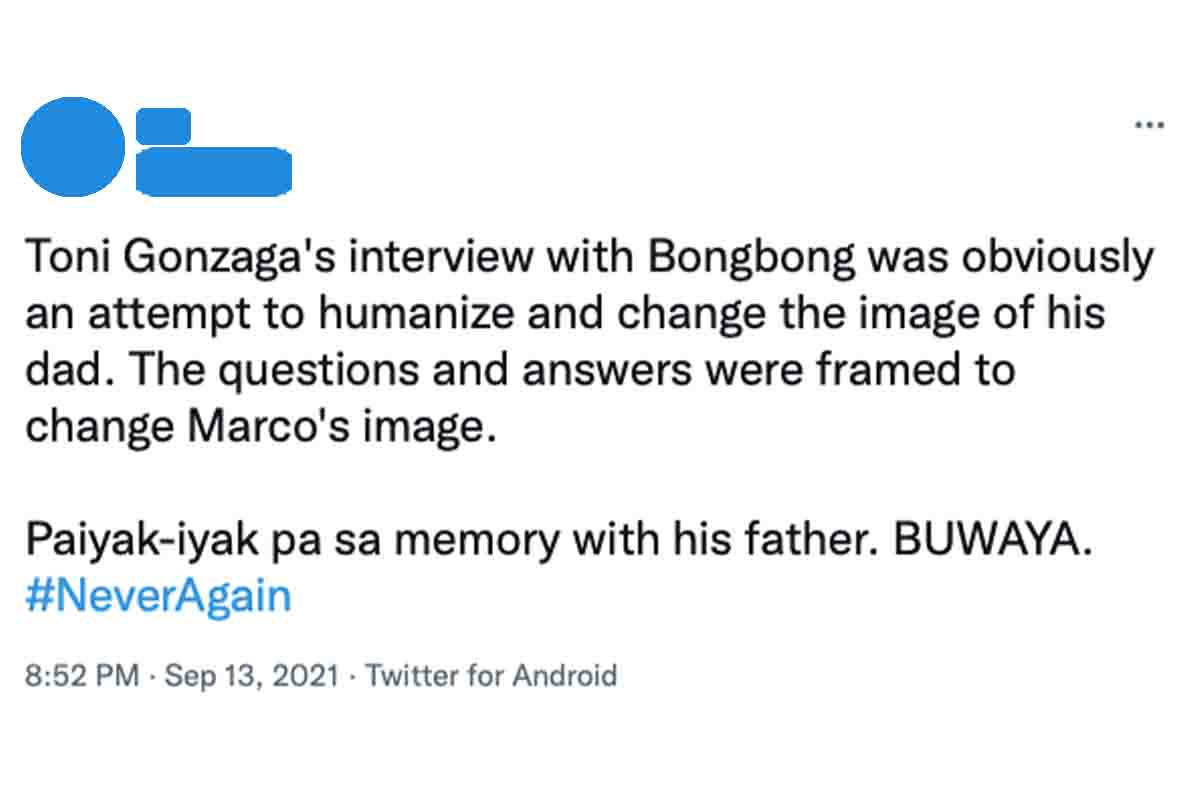 Another said that Toni, despite what the Philippines had to face before, still doesn't get her responsibility as an actress with a huge platform.

The same person said in a different tweet that Toni’s “‘apolitical’ posturing isn’t sending a good message, knowing that most of her colleagues are stepping up to amplify the voices that must be heard. This is irresponsible. This is disappointing. This isn’t fairness, kung yun ang palagay niyang ginagawa niya.” 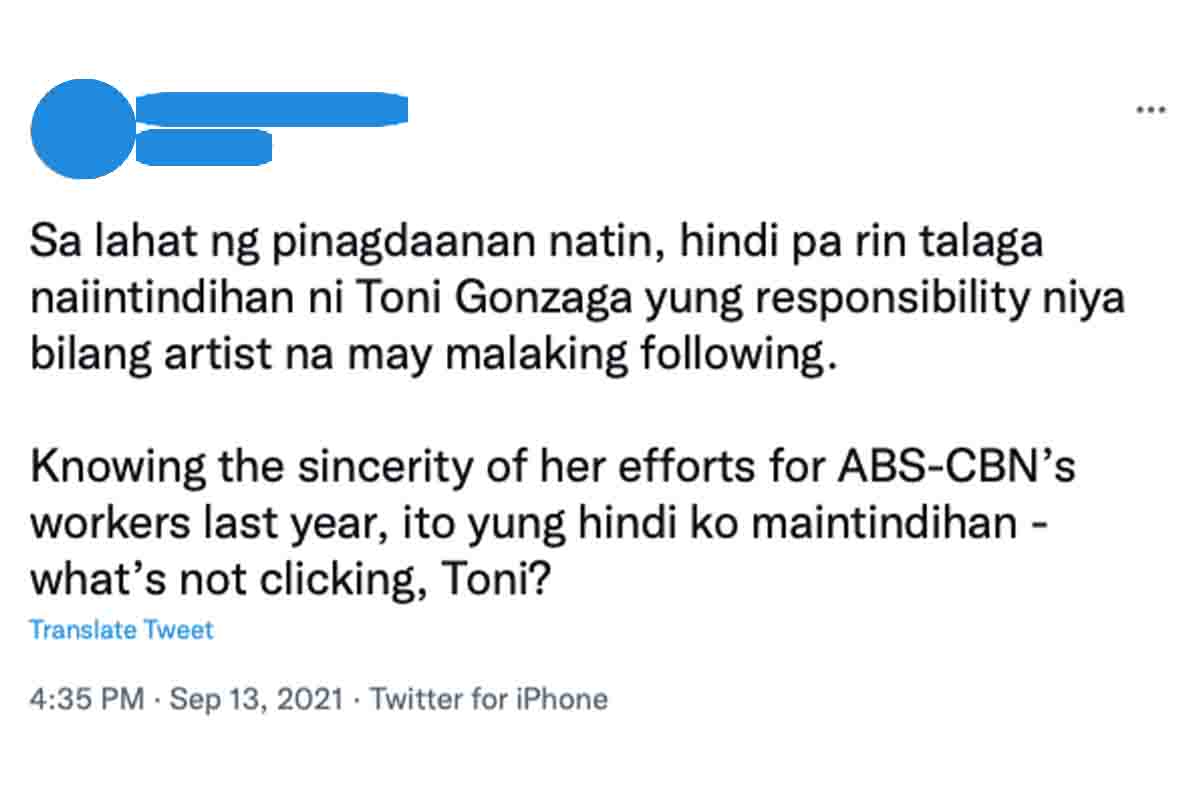 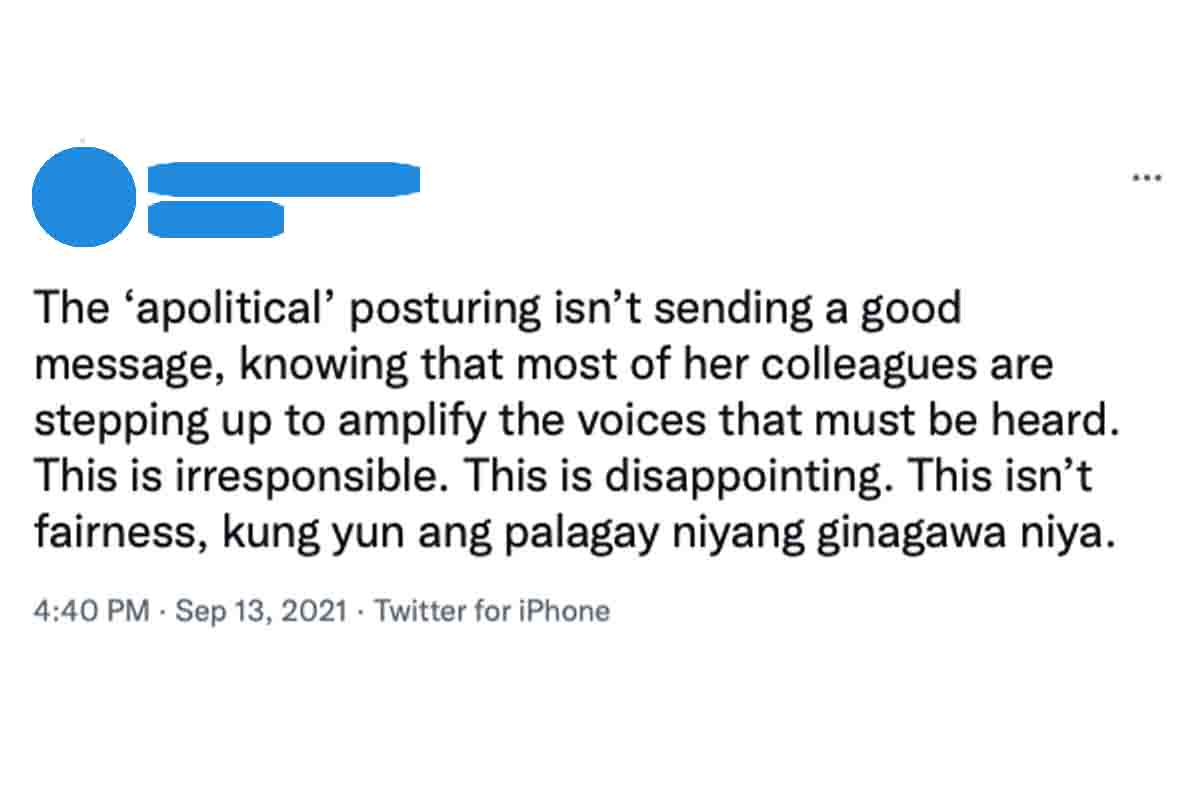 One netizen also said that the segment on Gonzaga’s vlog Toni Talks is more like “Toni Talks-ic”. 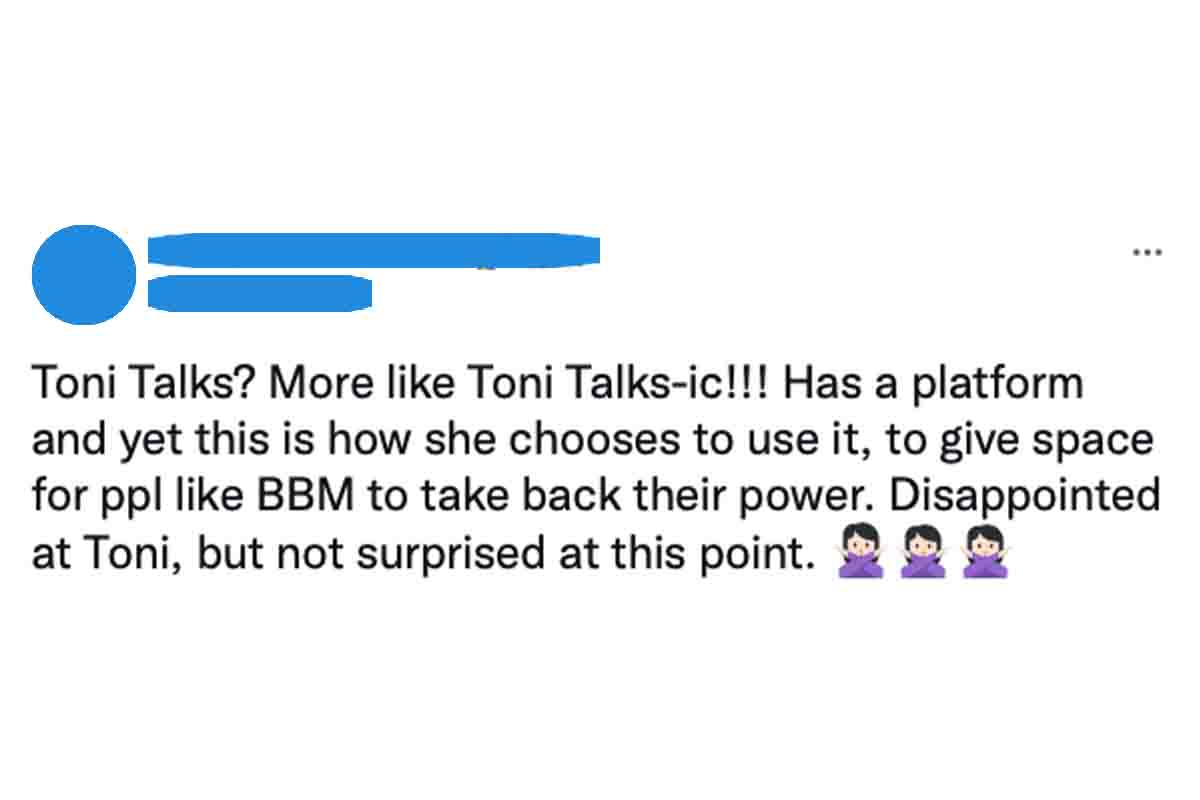 Meanwhile, another netizen sarcastically said that the interview’s timing is good as the Martial Law anniversary nears. 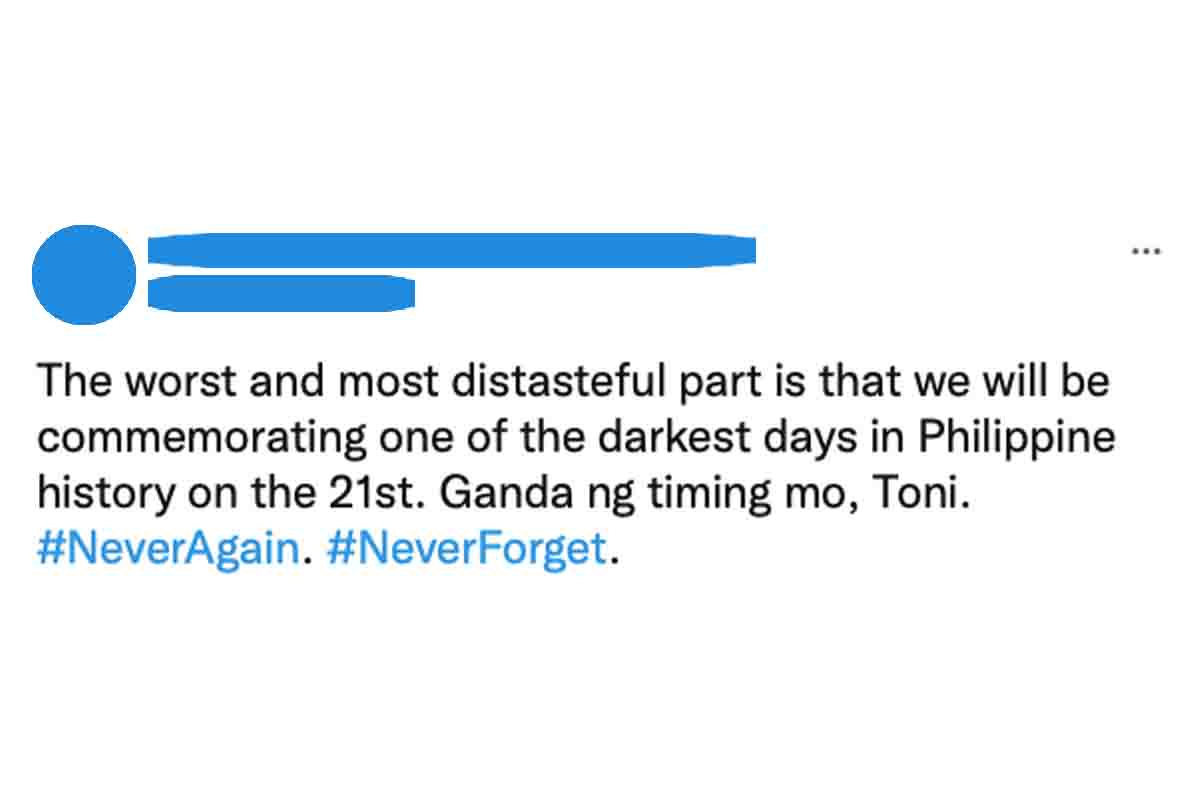 On the other hand, several netizens also came in the actress’ defense, pointing out that she’s interviewed several other politicians before and she’s just being neutral. 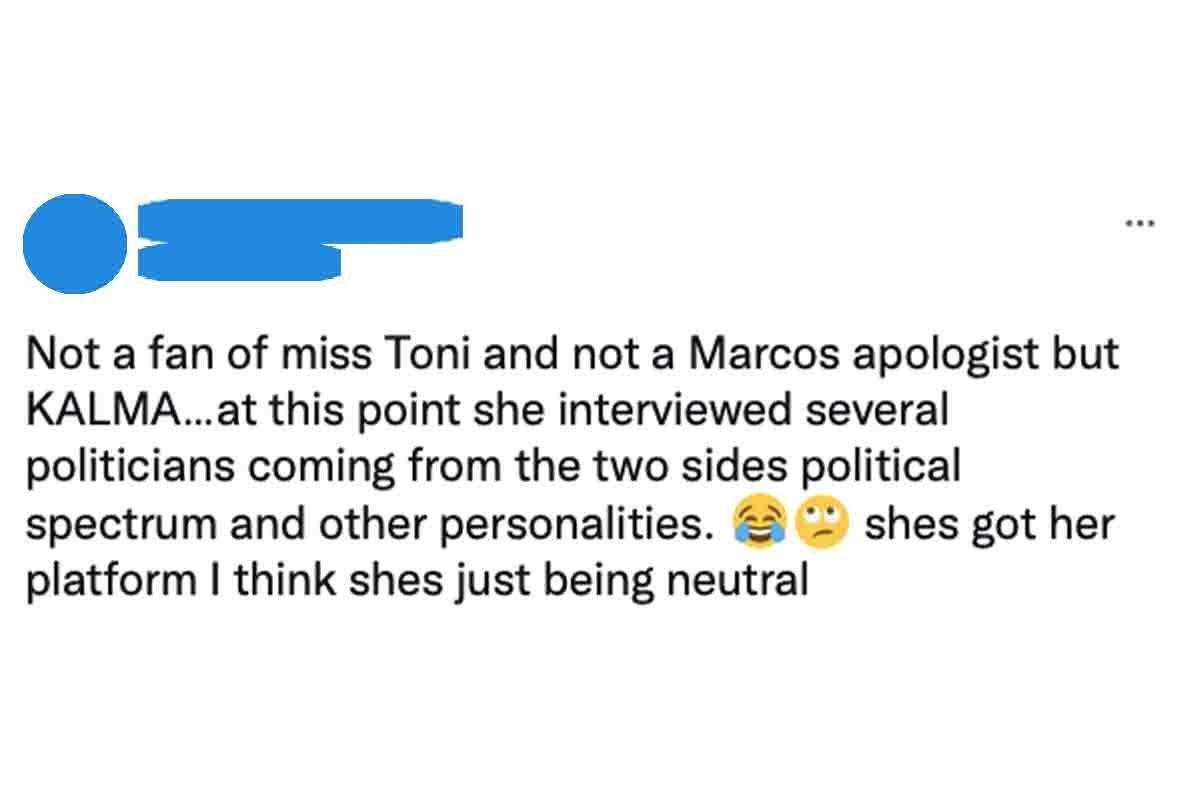 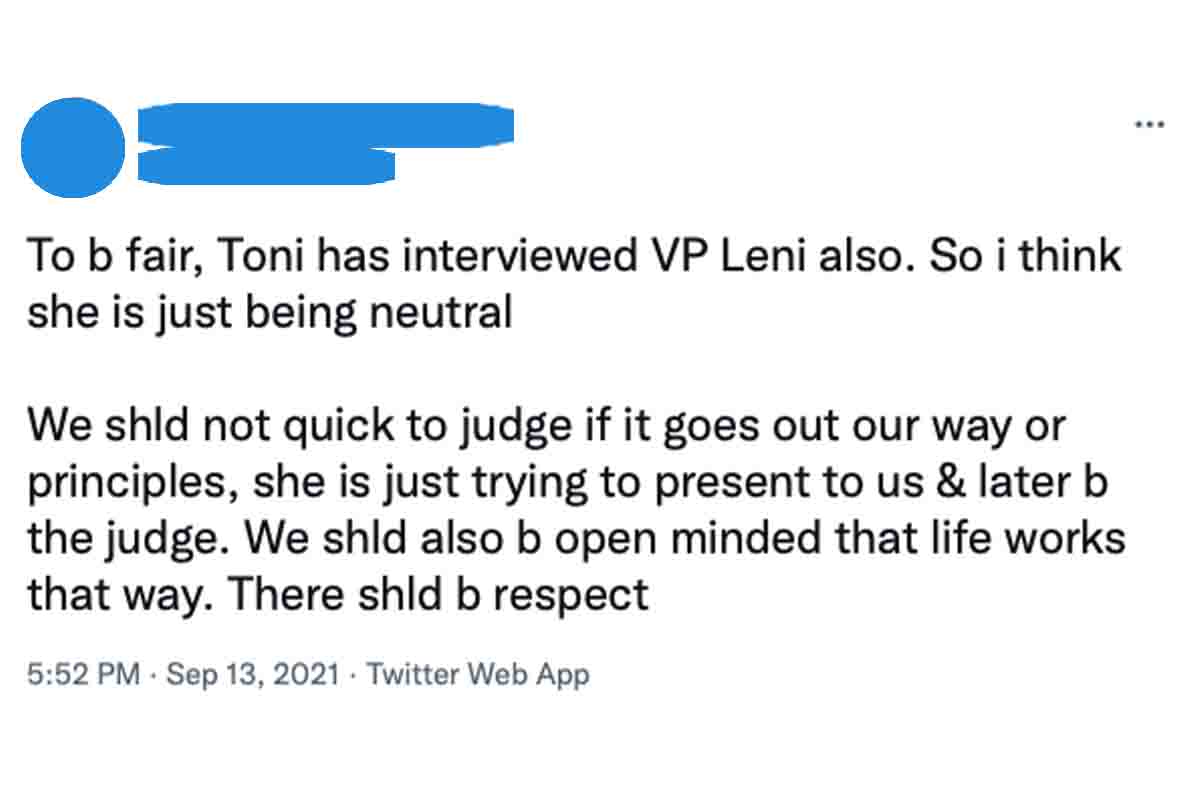