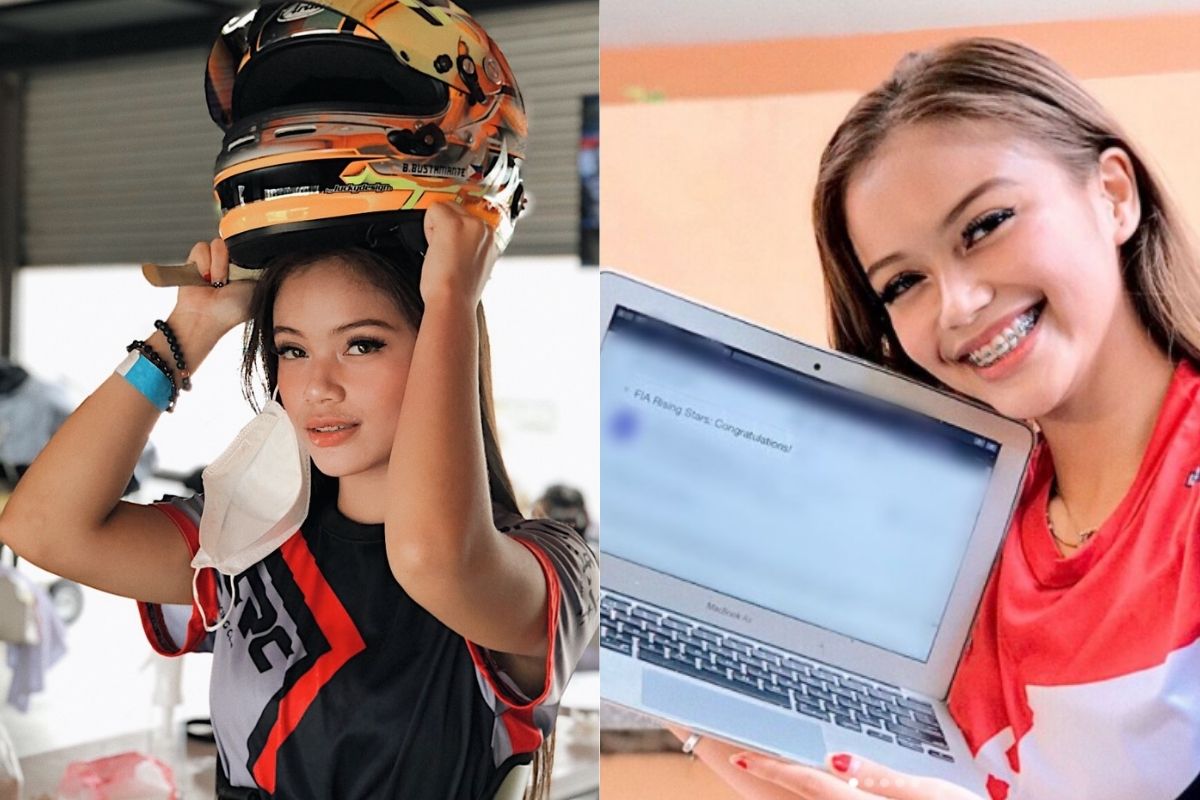 The 16-year-old Filipina karting champion shares her joy in having been selected to represent the Philippines in the FIA Girls on Track - Rising Stars program, an opportunity to join the prestigious Ferrari Driver Academy. Photos courtesy of Bianca Bustamante (@racerbia) on Instagram | SAGISAG PH


Bianca Bustamante, a 16-year-old Filipina racer, is steering her way to the international circuit!

Female athletes have recently been taking over the sports scene, from weightlifting, boxing, to swimming, and now motorsports.

The 16-year-old karting champion, who has been karting since the prime age of five, is the lone Asian driver chosen to participate in the second edition of the Fédération Internationale de l’Automobile (FIA) Girls on Track - Rising Stars Scholarship Shoot-out in 2021.

FIA announced Bustamante's participation in the program on August 31, 2021, along with other 13 female drivers in the senior category out of over 70 applications around the world.

The up-and-coming karting talent is set to travel to France in October to take part in the first segment of the competition.

The three-day shoot-out, which comes as the first challenge for scholarship hopefuls, will run from October 21 to 23 this year at the famous Paul Ricard Circuit.

Out of the 14 female drivers, the top eight junior and senior finishers will advance to attend FIA training camps for karting and Formula 4. They will then head to Fiorano, Italy for final tests in F4 cars. The winner will be recruited into the Ferrari Driver Academy or FDA, and given full race scholarships.

The youth program was launched and promoted by the FIA Women in Motorsport Commission in 2020 to promote more young women talent in motorsport, with drivers in the competition aged between 12 and 16.

Ever since Bianca was young, she has already made a name in the karting industry and has since been taking huge strides towards the title of being an up-and-coming, talented karting champ.

She has bagged multiple wins across Asia, including being a four-time winner of the China Grand Prix Kart Scholarship, a three-time Macau International Kart GP Champion, and was hailed as a three-time Philippines Driver of the Year in the karting category from 2018 to 2020.

In an official press release, Bianca extended her gratitude to the FIA for selecting her as one of the 14 drivers for the scholarship shoot-out.

The young karting champion also shared her pride in representing the Philippines in the competition, saying she would continue to work hard now that the moment she has been preparing for has become a reality.

"I fell in love with racing ever since I was a kid, and I haven’t stopped training in preparation for this moment. Now that it’s becoming a reality, I will continue to work hard towards being selected for the Ferrari Driving Academy race scholarship," she said.

"I am so proud to represent the Philippines in this competition and to be the only Asian driver selected is an added bonus, but also adds a bit of pressure to represent the Asia region against the global field. I will continue to train hard leading up to the event and do my best in France!" Bianca added.