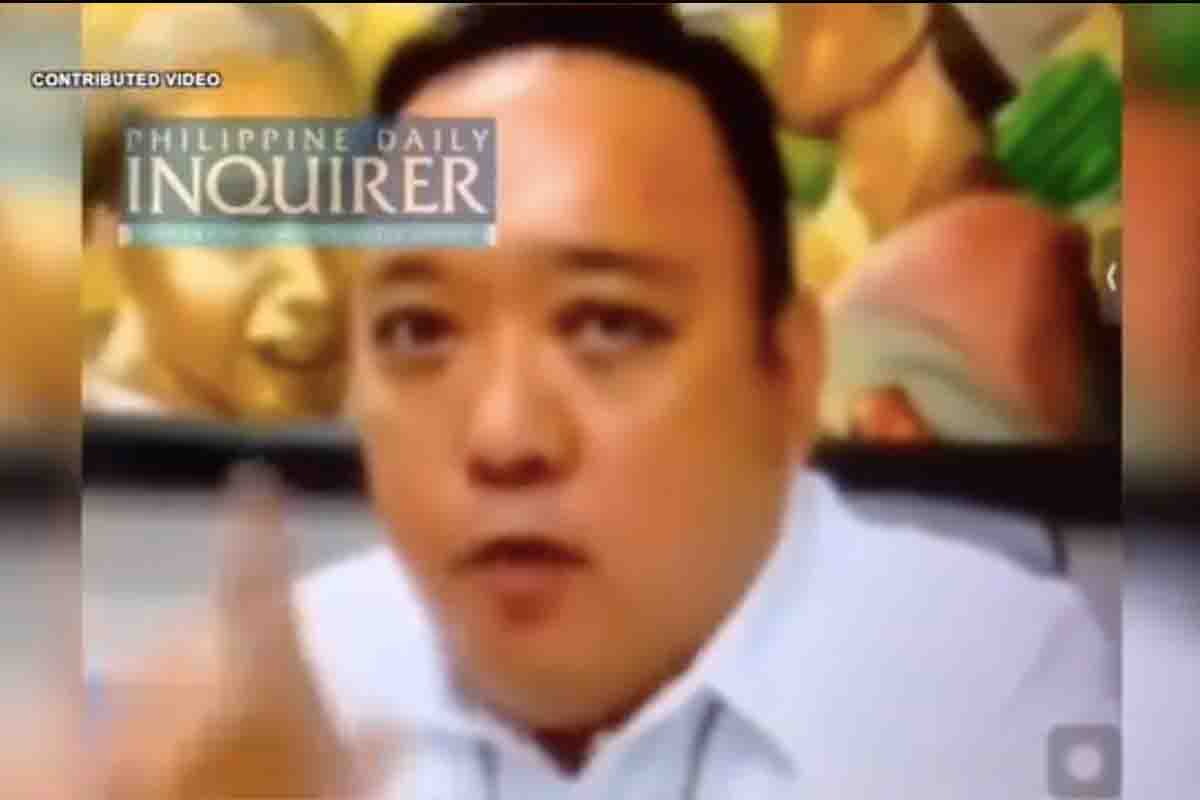 
Presidential Spokesman Harry Roque trends on Friday, September 10 after a video of him berating doctors during a pandemic meeting last Tuesday surfaced online.

In the video obtained by Inquirer, a furious Roque blasted and repeatedly pointed fingers at a group of doctors who opposed the government's decision to place Metro Manila under general community quarantine (GCQ) with granular lockdowns.

“It does not mean that we care any less. And let me point out to everyone, this group, they have never said anything good about the government response,” Roque said in a raised voice.

Reports say he was responding to Dr. Maricar Limpin, president of the Philippine College of Physicians.

“Do not sit there as if you’re the only ones right. We’re trying to achieve total health. Who wants COVID to kill people? Are you saying that only medical frontliners are concerned about the health of the people? We all want to save lives. For crying out loud, no one in the government wants a single life lost. No one!” Roque added.

“How dare you think that we are not considering steps to prevent the loss of lives?”

Watch the video below:

WATCH: Presidential spokesperson Harry Roque blew his top during the online IATF meeting last Tuesday after a group of doctors opposed the government’s decision to relax the quarantine protocols in NCR despite the soaring COVID-19 cases. pic.twitter.com/1KZlSrzPuh

Robert Mendoza, the National President of the Alliance of Health Workers,  has called for Secretary Roque’s resignation as presidential spokesperson.

Senator Leila De Lima, who is a known staunch critic of the current government, has also called for Roque to step down from his position.

“In the time of COVID, it is not wise to berate doctors and health care workers who are risking their lives to save our loved ones from the virus 24/7. Harry Roque should step down if he cannot be as useful, but is arrogant enough to think he is above them,” De Lima said in a tweet.

Meanwhile, Filipino physician Dr. Tony Leachon, who served as a Special Adviser of the task force, demanded an apology from Roque.

"These are physician leaders who are fighting for the rights of the Filipino healthcare workers. This bullying and harsh behavior must stop. We deserve an apology," Leachon said, per Rappler.

Dr. Leni Jara of SHAPE UP also demanded an apology from Roque.

Below are more tweets and reactions from Filipino netizens.

This is the other side of the coin. When medical professionals were begging the government to reconsider the lockdown classifications.

Take note. Begging and not even accusatory.

And yet Harry Roque exploded like a lunatic tapos gusto tumakbo bilang senador?

No because where did Harry Roque get the audacity to react like this? 😭 People have been dying and he want us to care about their feelings by recognizing their non-existent excellence in government's pandemic response? #kalmaAkoLangTo pic.twitter.com/Ijr23HoA45

HARRY ROQUE YOU HAVE NO PLACE IN GOVERNMENT WITH THIS KIND OF ATTITUDE. THESE DOCTORS KNOW BETTER THAN YOU WHAT'S HAPPENING ON THE GROUND. HAVE SOME FUCKING RESPECT, YOU BLOATED PIG. @attyharryroque https://t.co/py6cOdj3FG

Sa true lang, ang kapal ni Harry Roque to shout at concerned doctors when he can easily use whatever connection he has to get a hospital bed ahead of other more critical patients whenever he needs to.

Filipinos deserve much more than an apology from Harry Roque.

WE DESERVE A GOVERNMENT WITHOUT HIM.

We deserve competent and compassionate officials who recognize that their job is to serve the people, not lord over them.

"You have never said anything good about the government response"

The thing is.... there is nothing good about it. Wake up, Harry Roque. If there was something good about it, we wouldn't be in this rolling ECQ MECQ status. Govt response still feels like it's stuck in 2020. https://t.co/lUaVehyeKc

Harry Roque guilt-tripping our health workers and the whole nation, making the gov’t look good amidst its failure.

Sec. Harry Roque, you do not deserve to become a senator next year.

You do not deserve ANY position in govt.

These doctors are citizens whose taxes pay your salary. You went straight to PGH when you got COVID. Then you trash them like this? You have no soul! https://t.co/tegcuHcrhE