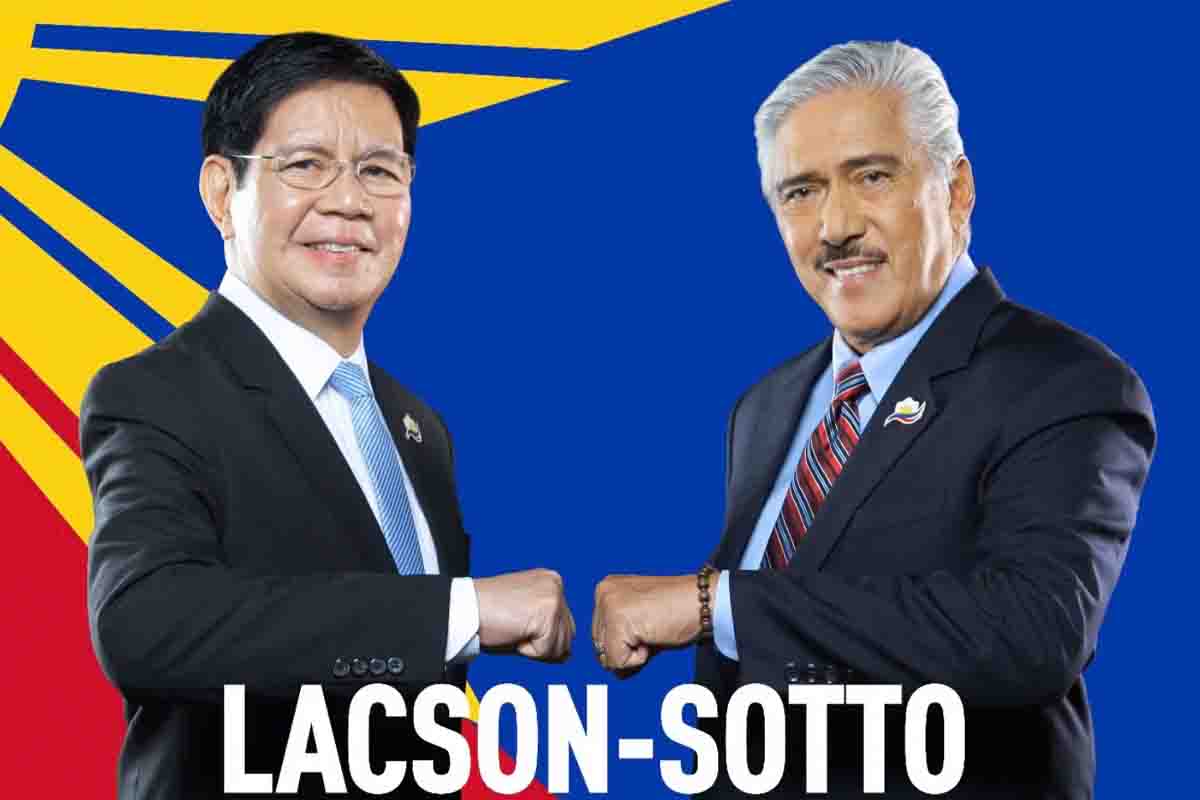 
Lacson-Sotto were the first tandem to officially launch their candidacies.

The program, hosted by Eat Bulaga host Pia Guanio, was aired on national television and on various social media platforms.

A more robust response to the Covid-19 situation in the country, combating corruption, and restoring people’s trust to the government were among the early promises the tandem made during their candidacy launch.

The tandem are running with the motto “Ito ang Simula” and wit the tagline “Katapangan, Kakayahan at Katapatan.”