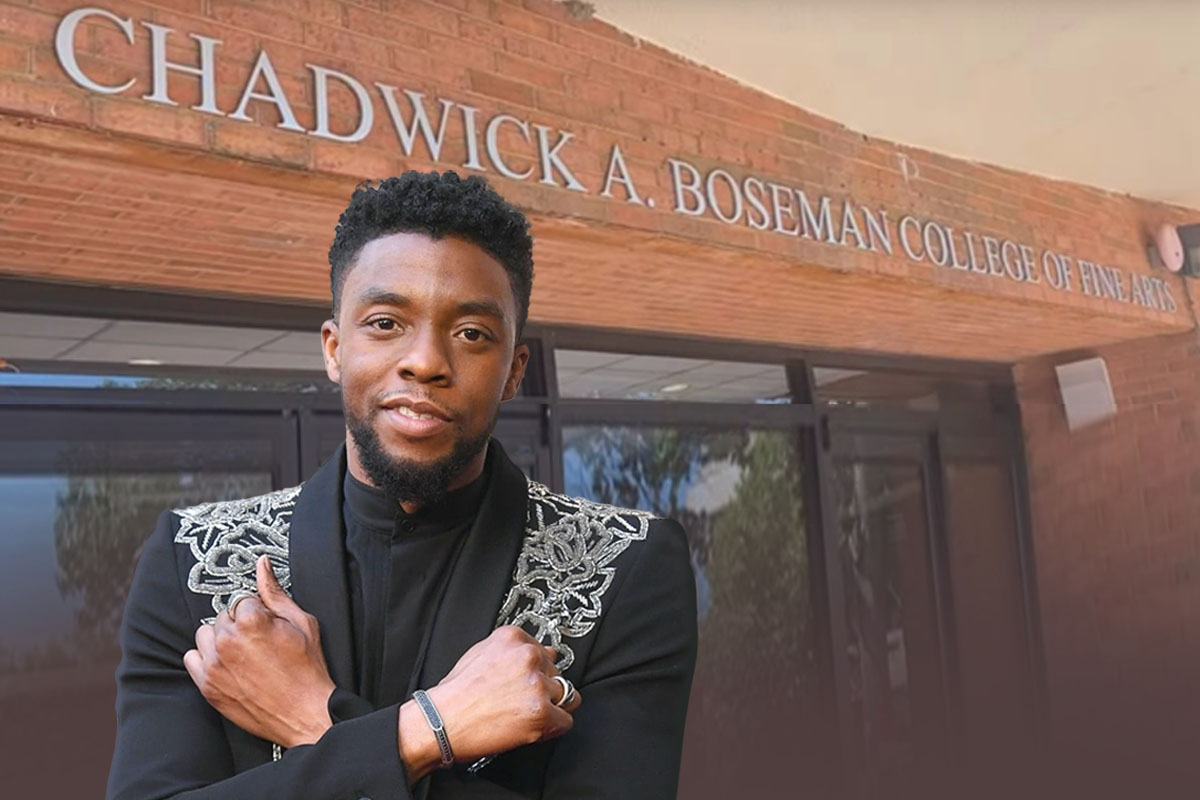 
Recognized for his passion in acting and incredible showmanship, as well as his kindness and benevolence, Chadwick Boseman's legacy goes on.

"Black Panther" star Chadwick Boseman was honored by his alma mater, Howard University, by renaming their College of Fine Arts after him. Boseman, who rose to fame for his famous role as King T'Challa in the Marvel Cinematic Universe film, "Black Panther," graduated from Howard University in 2000 with a Bachelor of Arts degree in directing.

Howard University officially changed the name of their Fine Arts College to Chadwick A. Boseman College of Fine Arts just almost a week after the first year anniversary of the actor's unfortunate passing due to colon cancer last August 28, 2021.

To commemorate the actor and his kind deeds, many people continue to look for ways to honor his legacy.

On Saturday, September 4, Howard University shared in a tweet a photo of the newly-named College of Fine Arts, and called Boseman an "icon in his own right who has left an immeasurable legacy for the next generation."

Yesterday, the letters were installed over the now official Chadwick A. Boseman College of Fine Arts. An icon in his own right who has left an immeasurable legacy for the next generation. Thank you, Mr. Boseman.

Chadwick Boseman's legacy as an incredible and passionate actor, as well as a selfless individual, goes on. Howard University's way of honoring the actor shows that his contributions and love for his alma mater have created a long-lasting impact, which deserves to be recognized by the generations to come.

It is known that Boseman, together with other students, had fought to preserve the university's College of Fine Arts when the school folded it into the College of Arts & Sciences. Howard University recognized his perseverance and saw it that Boseman rightfully deserves the honor.

In 2018, the university announced its plans to re-establish the college.

Boseman battled colon cancer in silence for years. It wasn't known to the public that the actor was going through the health obstacle, as he showcased his full potential and showmanship in his performances as an actor. He also spent time and dedication to support and donate to cancer individuals and organizations, who also found many ways to honor the late Boseman.

Aside from his groundbreaking role as Black Panther, he has gained recognition for his portrayal in films, namely "42," "Get On Up," "and Marshall." His last project was "Ma Rainey's Black Bottom," which earned him an Academy Award nomination.

As for the sequel of the film that gave Boseman the well-deserved recognition and fame, "Black Panther: Wakanda Forever," will be reimagined to honor and memorialize him.

Howard University published a time-lapse video showing the installation of the College's new name. Check it out below: