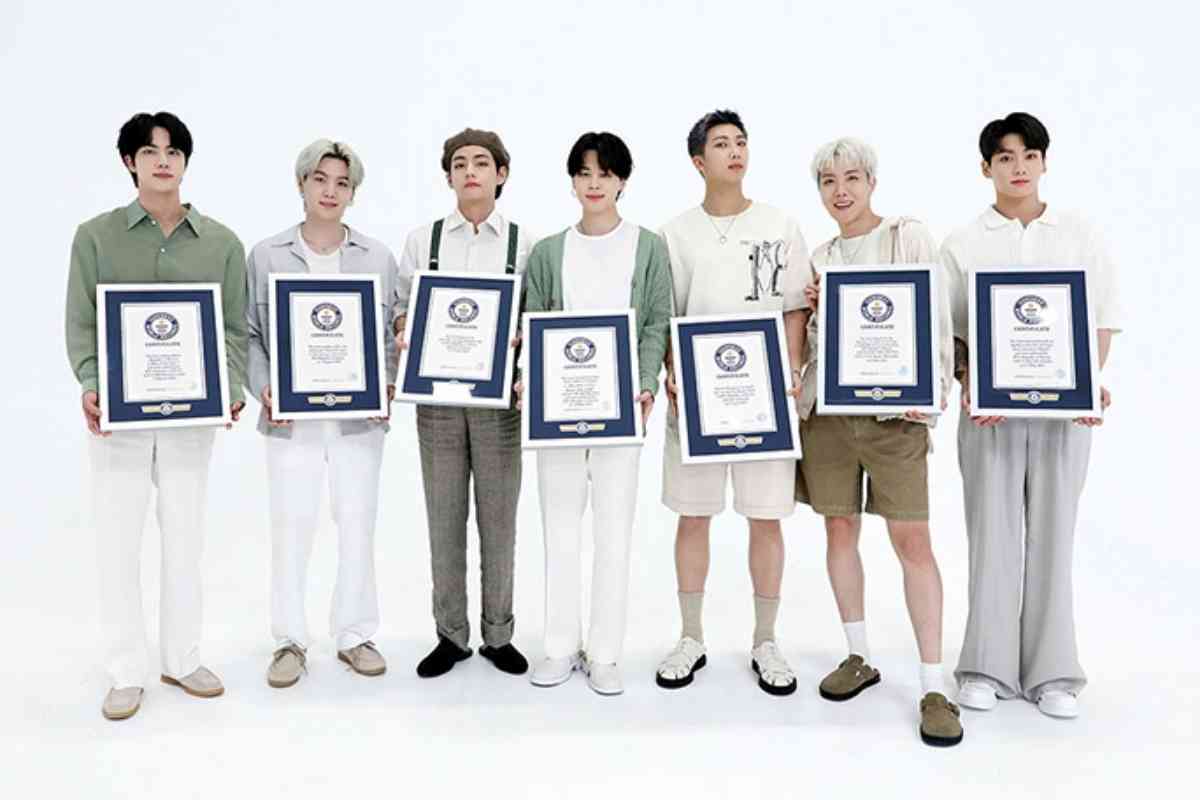 
The Guinness World Records officially welcomed BTS to its Hall of Fame after the seven-member Kpop group bagged 23 world titles for their sensational music and massive social media following.

Eight years into their hard-earned, undeniably successful career, BTS has broken cultural barriers, and along the way, also broke world records to dominate the international music scene and the internet with the help of their rather powerful army of supporters.

“Ever since rising to international fame in 2018, these seven dancers, singers and songwriters have jumped from strength to strength,” Guinness wrote, enumerating some of the group’s notable feats.

In terms of social media following, BTS holds the record for the most followed music group on Instagram. The group is also the most-streamed artist on Spotify, surpassing the British band, Coldplay.

In Tiktok, the Kpop sensation is the fastest to reach one million followers. On Twitter, BTS holds the title for the most Twitter engagements for a music group, beating their own record four times, Guinness noted.

Meanwhile, in terms of streaming, BTS (and the records set by ARMY) is totally incomparable. Their English single, Butter, alone holds five world records, including the most-viewed YouTube music video in 24 hours and the most streamed track on Spotify in 24 hours.

Past the numbers and the records they set, Guinness also acknowledged BTS’ success in promoting their own culture worldwide and “fighting for another cause: self-love, self-acceptance and mental health awareness.”

“Their positivity and openness towards themes that are often considered taboo kindled even stronger support from their fans,” Guinness wrote.

“As for their ability to have fun, amaze and communicate through music and dance moves, as well as their dedication for breaking records… that is certainly what marks BTS as the perfect fit for our Hall of Fame 2022,” the international group added.