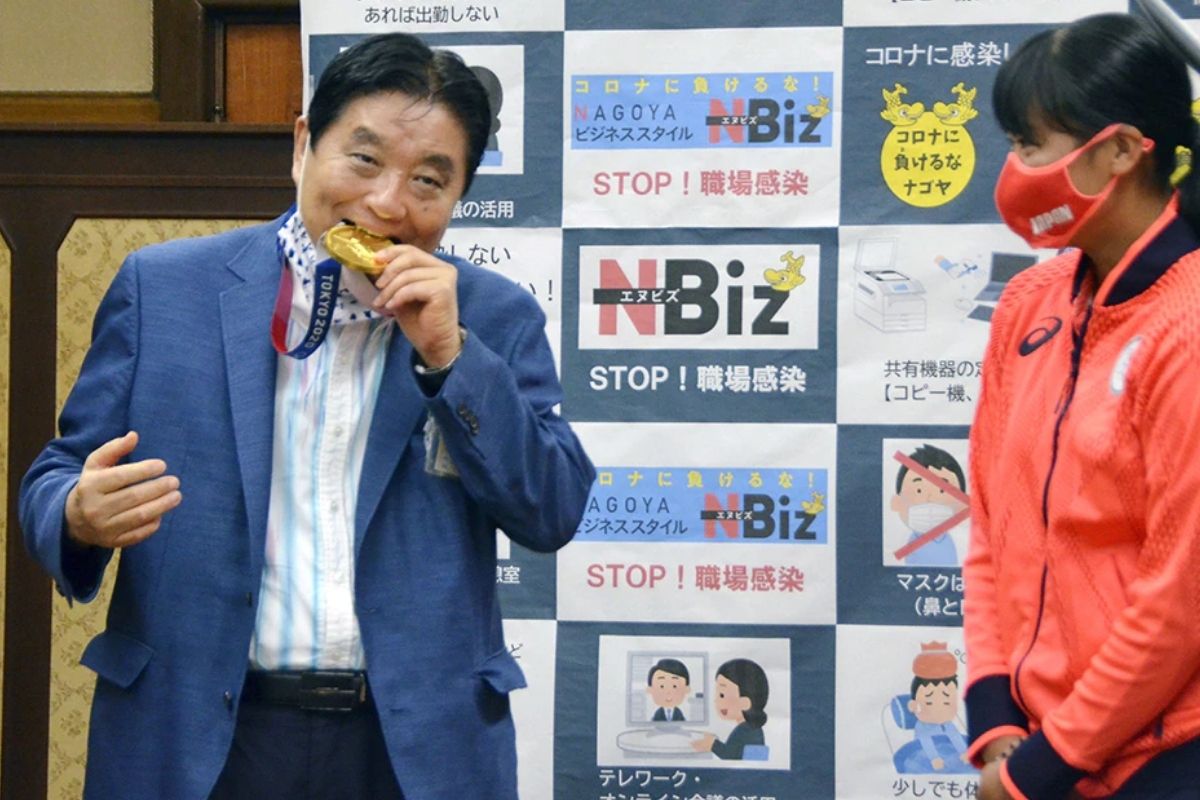 
Reports state that the 72-year old Nagoya Mayor Takashi Kawamura took a PCR COVID test after his secretary have been discovered to be infected with the virus on Sunday.

The mayor of Nagoya, Takashi Kawamura, who just recently drew flak for biting an Olympic softball player's gold medal last month, reportedly tested positive for the coronavirus as reported by the local government on Wednesday.

Japan Times reported that Kawamura, who is fully vaccinated against the virus, has not developed any symptoms and is recovering at home. His official duties have been delegated to other officials in the meantime.

According to Nagoya city officials said that the 72-year-old mayor underwent RT-PCR COVID-19 testing after his secretary was found to have been infected with COVID-19 on Sunday.

"Coronavirus is striking fury in a way never before seen, but we will all work together to ensure there is no interruption in running the city," the mayor said in a statement.

Kawamura faced criticisms because of his medal-biting gesture, which took place when Miu Goto, a member of the Japanese women’s softball team at the Tokyo Olympics who hails from Nagoya, paid him a visit in August 4.

The medal-biting action was considered “insensitive” amidst the ongoing coronavirus pandemic and showed a lack of respect for the athlete. After the incident, the mayor offered to forfeit three months’ pay which totaled ¥1.5 million.