Duterte accepts endorsement to run for VP in 2022 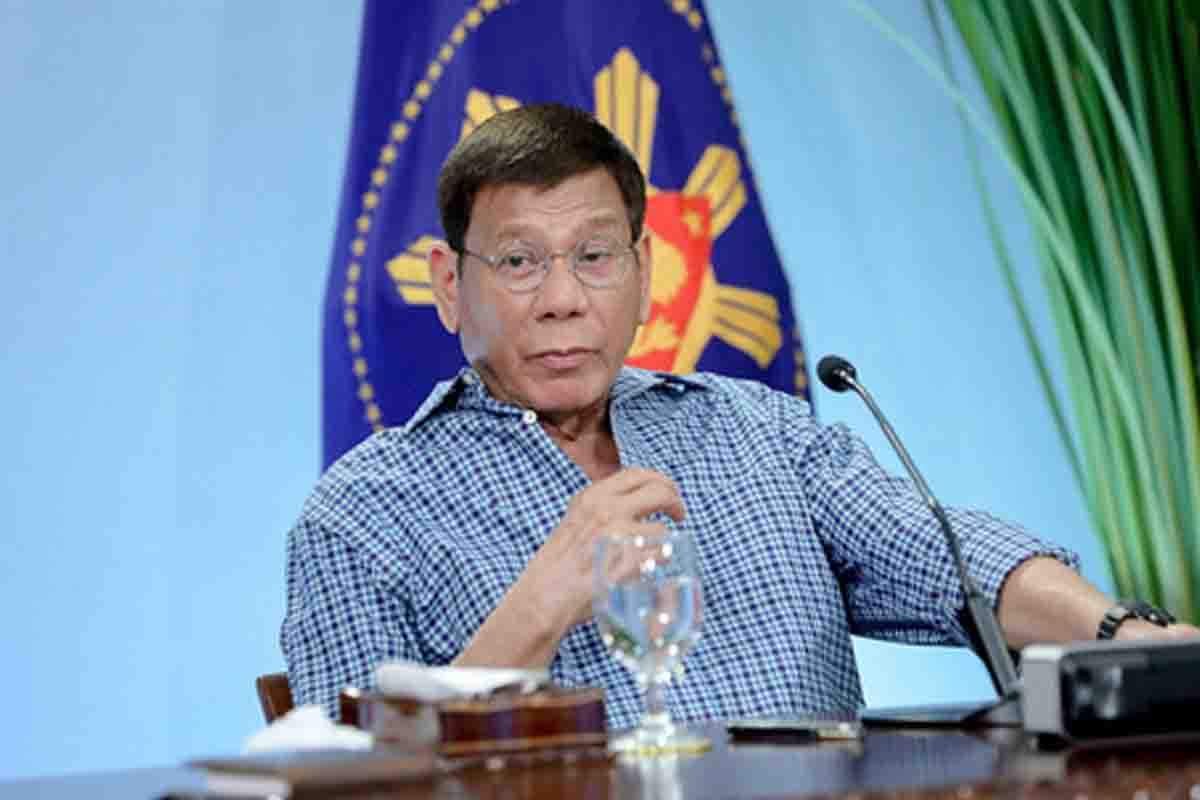 President Rodrigo Duterte on Tuesday officially accepted the nomination by PDP-Laban for him to run for the second highest position in the country come 2022.

The news was confirmed by PDP-Laban executive vice president and Cabinet Secretary Karlo Nograles who said that in accepting the endorsement, Duterte is making “the sacrifice” and “heeding the clamor of the people."

It was in early August when PDP-Laban endorsed Duterte's most trusted aide turned senator Christopher “Bong” Go to be its presidential bet. The senator has yet to announce his decision.

Moreover, in the same press release, the party also revealed an initial list of personalities who will be part of its senatorial slate in the 2022 national elections. 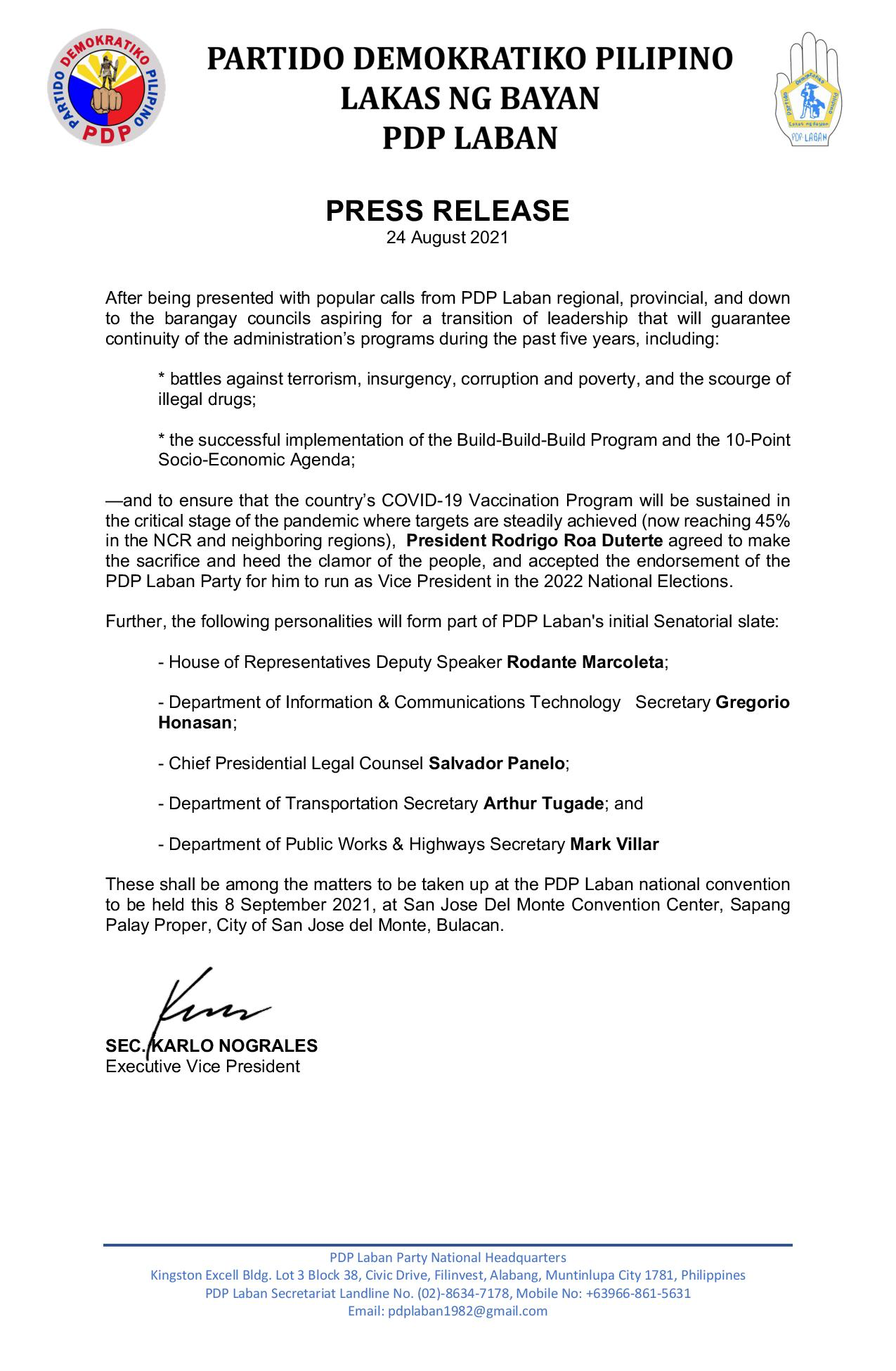