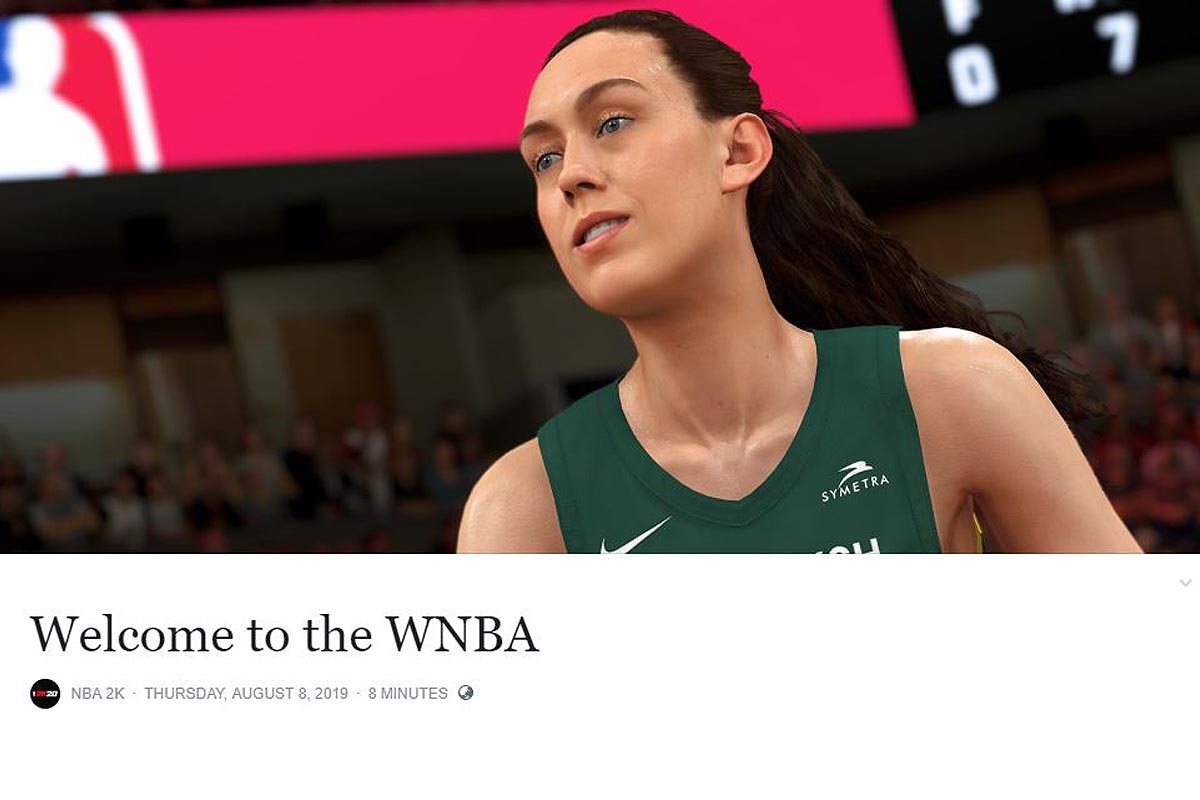 
Relive the first-ever WNBA dunk with Lisa Leslie for the first time ever, in basketball video game history, WNBA in an NBA2K game.

To facilitate the game like Sue Bird, to finish like Diana Taurasi, to dominate the game like Elena Della Donne, and defend the paint like Brittney Griner--- all is possible in the beauty of life-like 3-D models, in one of the best basketball simulation-games there is, NBA2K.

The #WNBA is making its debut in @NBA2K 🎮 Now you can use your favorite W players and show off what the women's game is all about! 🏀 Check out the trailer featuring @candaceparker and @breannastewart30

Both NBA2K and WNBA’s Instagram account posted videos, stating that the coming NBA2K20 will feature not just the players but the teams as well from the WNBA. Players such as Candace Parker, Breanna Stewart and more.

The video features the players as well as the WNBA team’s court and arena. The animation really captures the movement of the players, we expect nothing less from the 2K Team.

Mike Wang, the Gameplay Director, expressed his excitement to have them aboard--- because he wanted to represent different types of players as well as different animations and the WNBA represents that, it encapsulates the variety of a basketball player.

Felicia Steenhouse, NBA 2K producer, wrote a Facebook post expressing how thrilled and important it is for her to have this kind of representation in Media, in NBA2K.

As Candace Parker said, “We have arrived.”

NBA2K20 will feature Anthony Davis as the main cover and Dwyane Wade for the Legendary Edition. The game will be available this September 6, 2019.