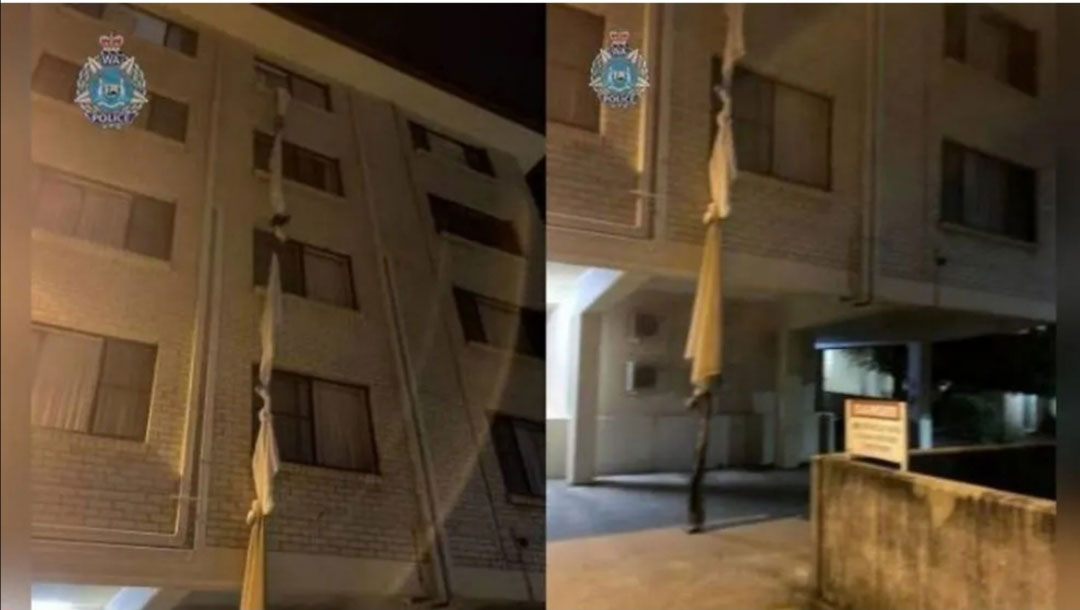 An Australian man escaped mandatory quarantine by tying bed sheets together to get out from the fourth floor window of a hotel, July 20.

Reports say the man had his application for entry refused after arriving in the west coast city on an interstate flight from Brisbane under the state's tough covid-19 border entry rules.

According to Western Australia police on Facebook, just before 1:00 am on Tuesday, “the man climbed out of a window of the fourth-floor room using a rope made of bedsheets and fled the area.”

The 39-year-old man, whose name was not revealed by the police, was arrested eight hours later across town. He was charged after failing to comply with a direction and providing "false/misleading information.”