#TUMINDIG: Filipino artists stand up in solidarity with online artwork 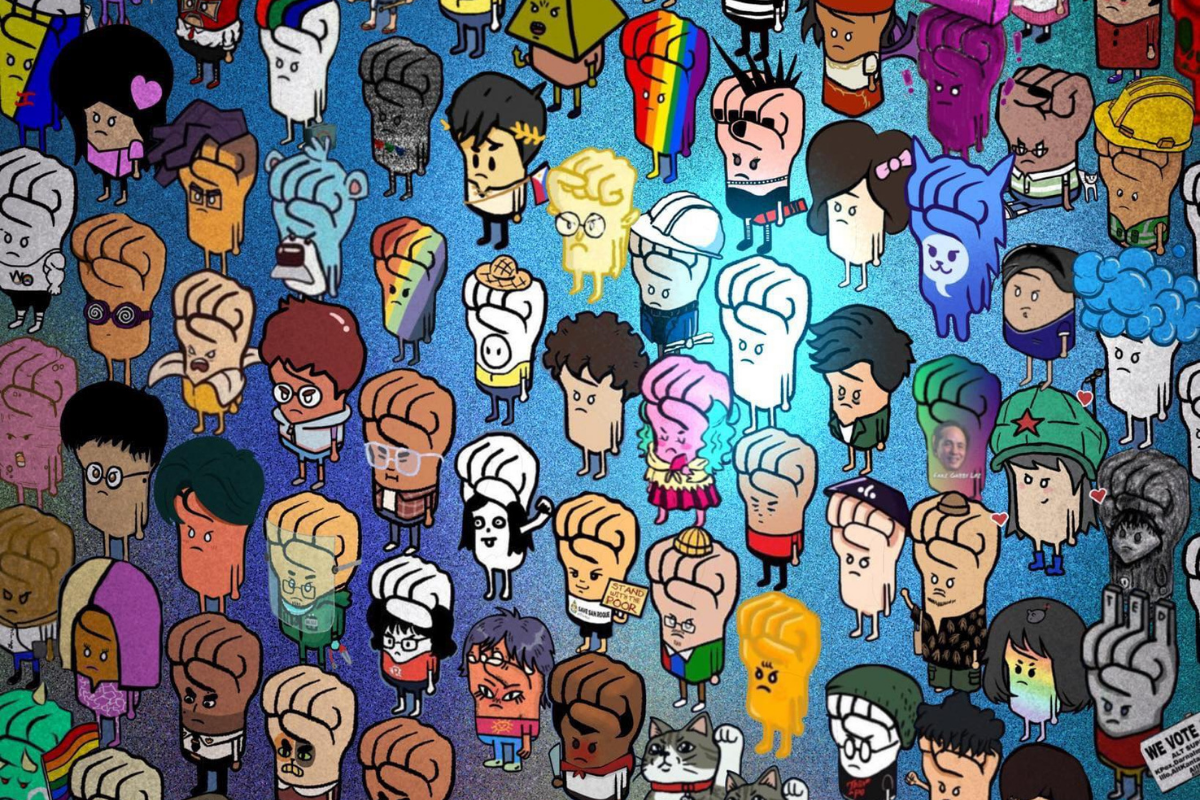 
Filipino artists collaborate in a viral digital illustration which dares people to stand and speak in dissent.

A digital illustration by Filipino artist Kevin Eric Raymundo, also known as ‘Tarantadong Kalbo’, went viral after it encouraged other Filipino artists to recreate the artwork and to stand up in dissent, albeit digitally.

The illustration only began with a single fist standing up in the middle of other fists bowing down. Soon after the artwork was posted, it inspired other Filipino artists to one-by-one fill-up the work with their own version of a standing up fist.

From one fist held up, the illustration was eventually filled with other fists made by other Pinoy artists who are also standing in solidarity.

In an interview, Raymundo shared that he did not expect that his illustration would blow up, as he did not put context in his work which was accompanied by a one-word caption: “Tumindig.”

“I wanted to show how ‘one’s voice’ can affect those around them. It’s much more effective when we lead by example instead of belittling others,” he told GMA News, sharing the message of his artwork and what made him create such.

On the other hand, some Filipino artists who supported Raymundo's work shared that the collaboration happened spontaneously. They were wholeheartedly inspired by the original artist's work and they wanted to stand for what is right.

“Let’s use our skills and talents to our advantage. Having the choice to ‘be positive’ in our art is a privilege,” Raymundo said, adding that he will use such privilege to amplify the voice of the oppressed, even if it means losing fans.

“I do not create art for the sake of aesthetics. Art is always political whether we like it or not,” he noted as he encouraged the Filipinos not to be afraid and to stand up against the oppressive system.