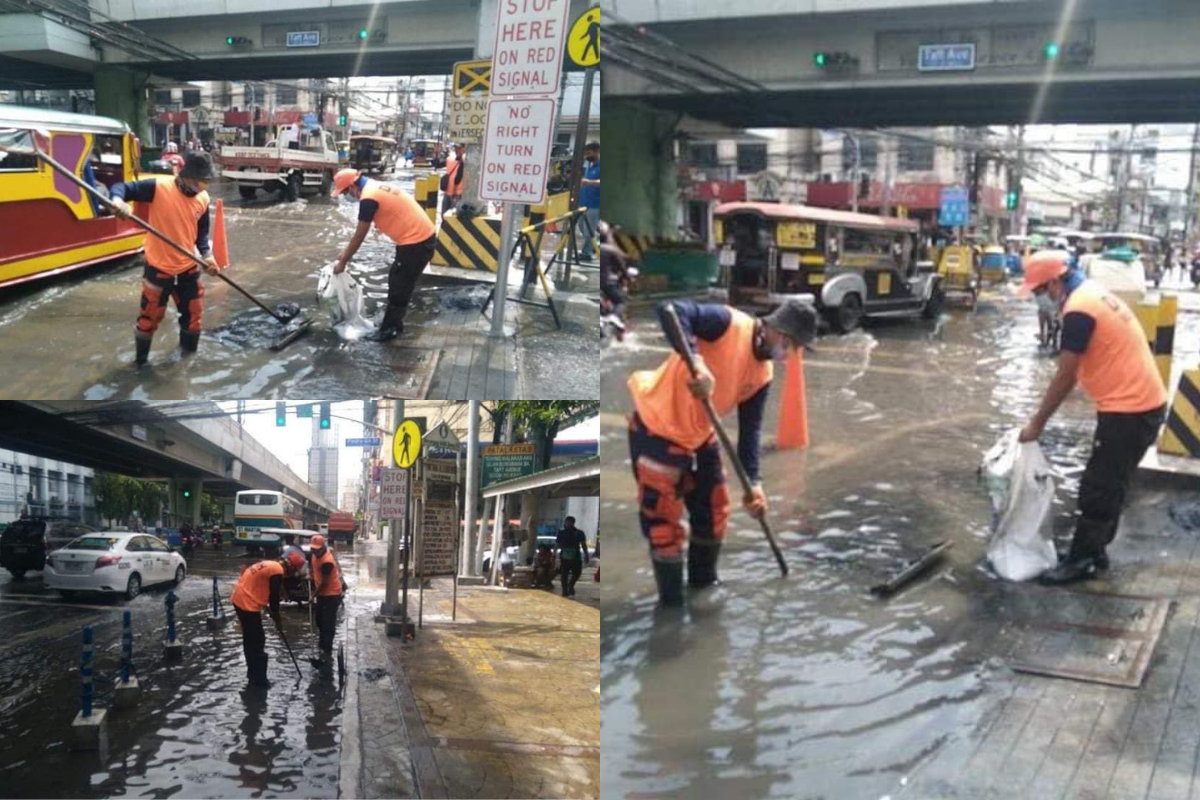 
The Department of Public Works and Highways conducted an unclogging and cleaning operation on drainage inlets around Manila.

The agency unclogged and cleaned drainage inlets around several roadways in Manila today, July 21, in response to flooding reports brought by heavy rainfall.

According to the report by DPWH South Manila District Engineer Mikunug D. Macud to Secretary Mark A. Villar, a team was assigned to the aforementioned locations to handle the cleaning operation. Areas including Taft Avenue, Remedios Street, and General Malvar Street are all affected.

Meanwhile, Macud called for the Filipinos’ attention to help mitigate the flooding through constant disciplinary action towards their waste management.

“Trash blocked the flow of floodwater to drainage system, causing as high as 20 centimeters of floodwater along these roads in Malate, Manila,” Engr. Macud said.

The public is warned of possible flash floods or landslides as a result of scattered to widespread moderate-heavy rains.