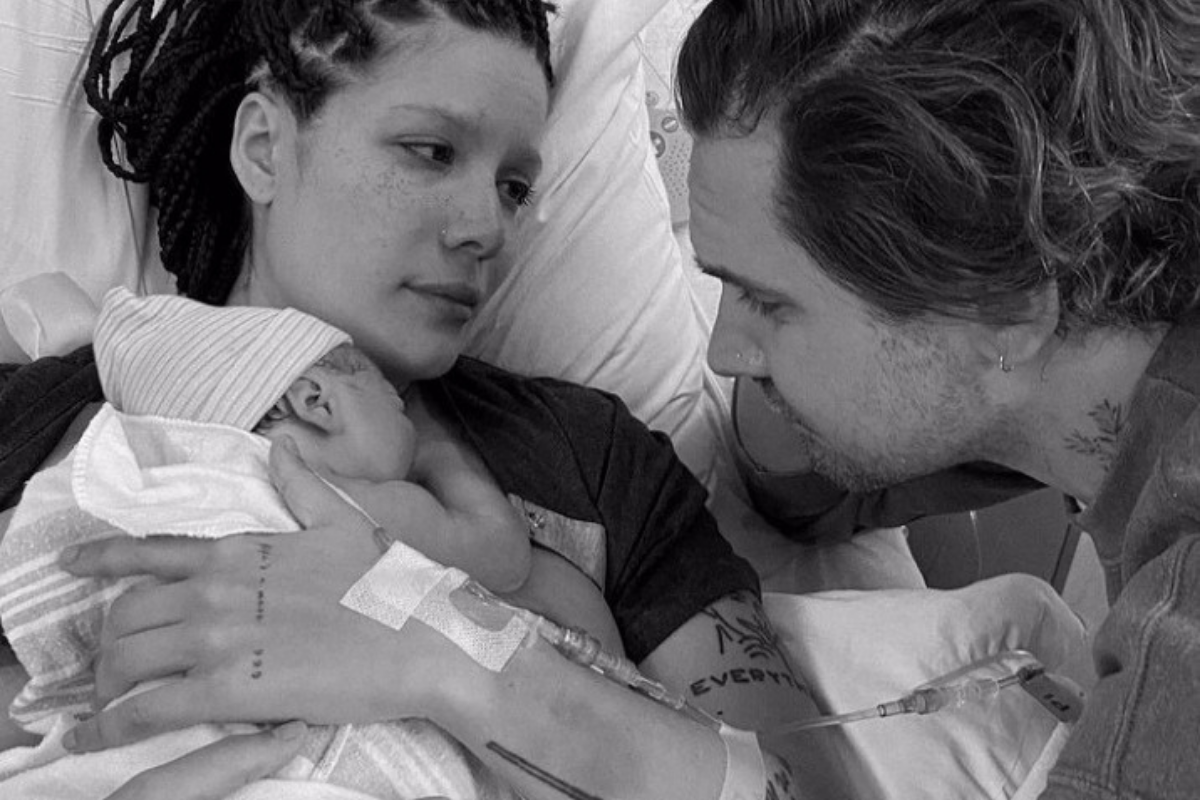 Halsey holding her child while looking with her boyfriend Alev |SAGISAG PH.

On her Instagram posts, Halsey shared heartwarming black and white photos of her embracing her child Ender Ridley  Aydin while looking in love with her boyfriend.
“Gratitude. For the most ‘rare’ and euphoric birth. Powered by love,” Halsey said on the post.

Last January, the singer shared photos of her maternity shoots showing off her baby bump to announce her pregnancy.   The post was coupled with the revelations of her relationship with  Alev, as she tagged the producer in her post.

On July 7, while sitting on a gold steel throne,  holding a child with her breast exposed, Halsey unveiled the powerful, iconic cover of her upcoming fourth album, If I Can’t Have Love, I Want Power which is expected to be released on August 7, 2021.
Halsey said in her post that the concept of her album is about the joys and horrors of pregnancy and childbirth.

"This cover image celebrates pregnant and postpartum bodies as something beautiful, to be admired. We have a long way to go with eradicating the social stigma around bodies and breastfeeding.”  Halsey captioned.