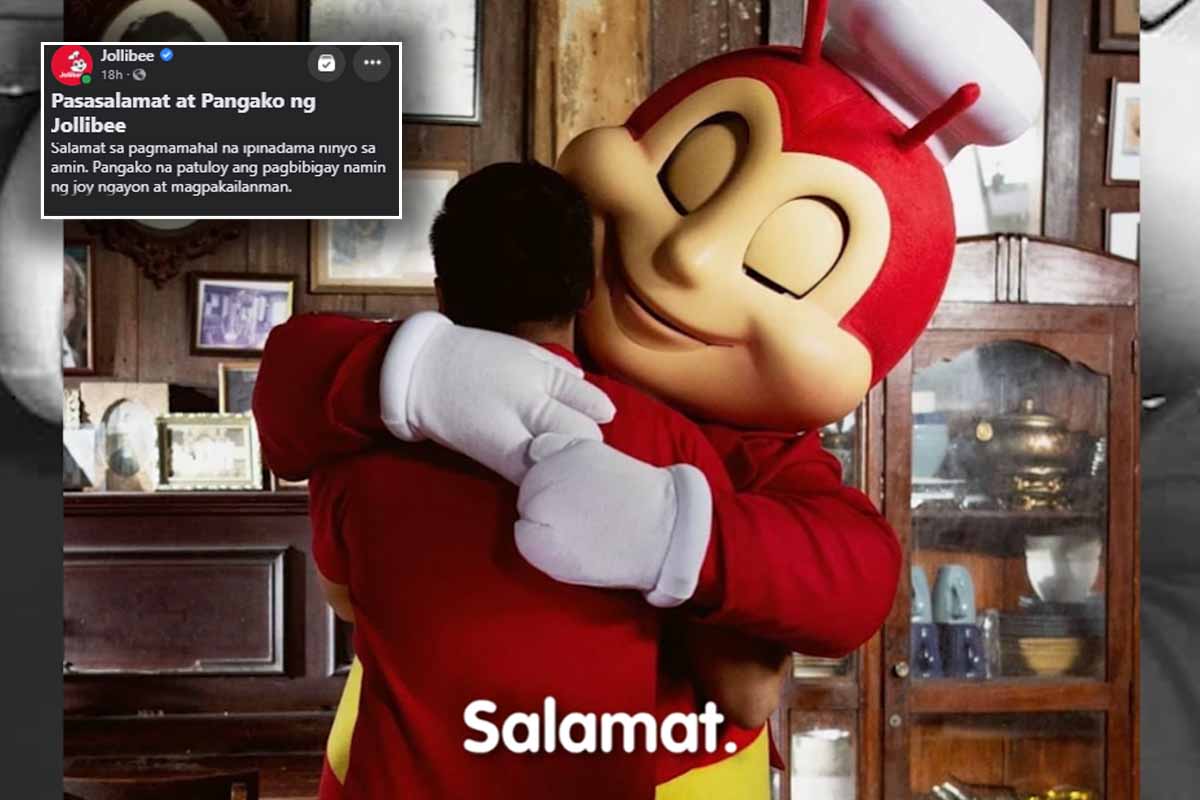 
Despite the fried towel incident that inevitably tainted the fastfood giant’s reputation, fans continued to shower Jollibee with love and support. In return, Jollibee expressed their sincerest gratitude to everyone.

Admit it, everyone in the Philippines knows Jollibee. The fastfood chain became a household name and favorite. The iconic “bida ang saya” tagline became a known tagline no matter which part of the country you go to, and the friendly red-white-and-yellow bee mascot together became everyone's childhood best friend at some point.

The fried towel incident inevitably tainted fastfood giant Jollibee’s reputation for some. However, despite the unfortunate mistake, several fans including crews extended their support and love to the jolliest bee in town.

And as gratitude to the endless support from the public, the Philippines’ largest fastfood chain unveiled a short yet nostalgic clip to express their sincerest gratitude.

In the two-minute-long clip, Jollibee shared a series of photos, of memories of different people, all smiling widely as they shared their special moments with the famed bee mascot, Jollibee.

Jollibee, in the clip, thanked fans for sharing milestones with them. From baptismal events, birthdays, graduations, to weddings, Jollibee became a part of many Filipino’s lives.

(“Thank you for all the memories we shared. And thank you for the times you gave oy to us. From the first word you learned, to your first salary when you said, “Ma, this time it’s on me.”)

Jollibee further thanked the fans for sharing the joy that they bring to the families- from mornings when they need strength and nights when they bring joy as ‘pasalubong’ to their families.

In this light, the fast food giant promised to bring more smiles and joy to fans every day, as it is their happiness to bring joy to everyone.

(“That is why we promise every day to choose to bring smiles. We’ll try every day to serve you even better.”)

(“To you who didn’t let go at continued to love. It is our happiness to make you happy.”

“It is our happiness to bring joy to you. And we’ll hold onto that. Forever.”)

Jollibee’s branch in BGC was temporarily shut for three days to allow investigation into the fried towel fiasco. Fans and one establishment, old-school favorite Tom Sawyer, reached out to support Jollibee.

As of writing, the heartwarming video has amassed 508K views, 44K likes and reactions, and 3.5K comments.