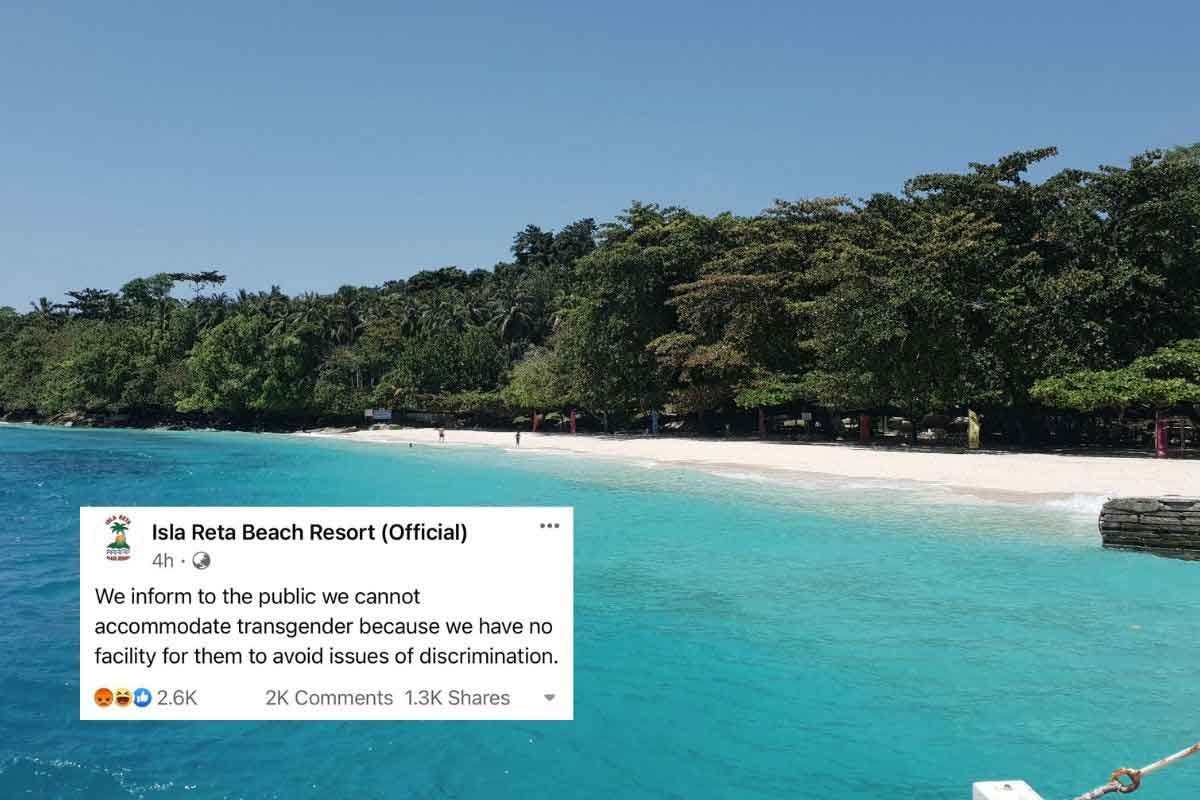 
The Department of Tourism (DOT) is investigating the management of a resort in Samal Island, Davao del Norte for alleged sexual harassment and gender discrimination against a transgender woman.

"The Department of Tourism will be conducting an investigation on an alleged incident involving sexual harassment and gender discrimination by the employees and management of a resort in Samal Island," the agency said in a statement.

DOT added that it advocates gender equality and does not tolerate gender-based harassment or discrimination. “We enjoin the entire tourism industry to abide by our national laws on Gender and Development," it said.

Declined for being gay

The Isla Reta Beach Resort drew flak after transwoman Shannon Gonzaga turned to Facebook to express her complaint about the management’s treatment. Gonzaga shared that employees of the resort barred her from using the women’s bathroom for being gay.

Following Gonzaga’s viral post, the resort posted on its page that it will not anymore accommodate transgender guests to avoid discrimination.

“We inform the public we cannot accommodate transgender because we have no facility for them to avoid issues of discrimination,” the management said in its post.

The resort, in a follow-up post on May 12, said that the transwoman was “politely declined the use of the women’s shower room.”

“To give the public a background, women guests have been complaining to the management that they do not feel safe and/or are uncomfortable with transgender and even vulnerable using the shower room with them,” Isla Reta Resort said in a statement.

It said that the previous post was intended only for trans who are demanding a separate facility or the use of female shower rooms.

“We are clarifying that we are not homophobic or transphobic and that all the members of the LGBTQ+ are welcome but please respect the management’s policy on using the shower rooms and CR as we have to consider and protect other guests, particularly the women’s rights and privacy,” the resort added.