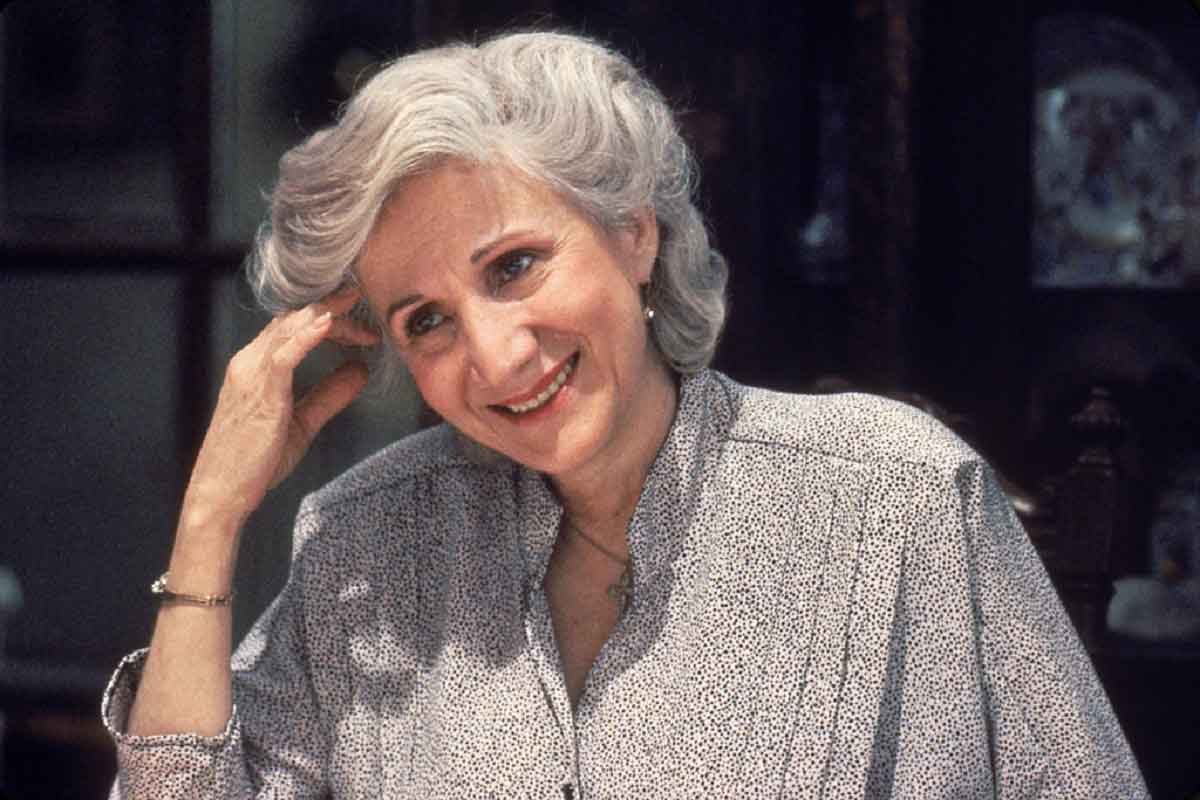 MOTHER TO ALL. Olympia Dukakis was well-known for her maternal roles in films, even earning an Academy Award for her role as Cher's mother in the 1987 film "Moonstruck". Photo Courtesy by Deadline | SAGISAG PH


The veteran stage and scree actress passed away on the morning of May 01, 2021 (Saturday).

Olympia Dukakis was well known for her flair in maternal roles, which eventually earned her an Academy Award as Cher’s mother in the 1987 film “Moonstruck”.

The actress passed away Saturday morning in her New York City home, according to her agent. The cause of her death has not been released, but according to her family, she has been experiencing failing health for the past few months.

'A Surprising Chain of Circumstances'

A surprising chain of circumstances is considered to be the reason behind Dukakis’ Oscar win. Author Nora Ephron recommended that she portray Meryl Streep’s mother in the film version of Ephron’s book “Heartburn”. Despite receiving the role, Dukakis’ scenes were cut from the film. To make it up to her, director Mike Nichols cast her in the hit play “Social Security”. After watching her performance, director Norman Jewison cast her in “Moonstruck”.

Dukakis humorously referred to her 1988 win as “The Year of the Dukakis” because that same year, her cousin Massachusetts Governor Michael Dukakis was voted as the Democratic Party’s presidential nominee. She held her Oscar high over her head and called out: “Okay Michael, let’s go!”

This achievement lured in more motherly film roles for Dukakis. She portrayed Kirstie Alley’s mother in “Look Who’s Talking” and its sequel “Look Who’s Talking Too”, a sardonic widow in “Steel Magnolias”, and an overbearing wife in “Dad”.

Recent Works and Love for the Stage

Her most recent projects were the 2019 TV miniseries “Tales of the City” and the upcoming film “Not to Forgot”.

But her love for the stage shone in her accomplishments and her love for the roles she played in New York productions like Bertolt Brecht’s “Mother Courage and Her Children”, Eugene O’Neill’s “Long Day’s Journey into Night”, and Tennessee Williams’ “The Rose Tattoo”.

In 2000, Dukakis earned a Drama Desk Award nomination for her role in Martin Sherman’s one-actor play “Rose”, where she played an 80-year-old survivor of the Warsaw Ghetto in the Second World War.