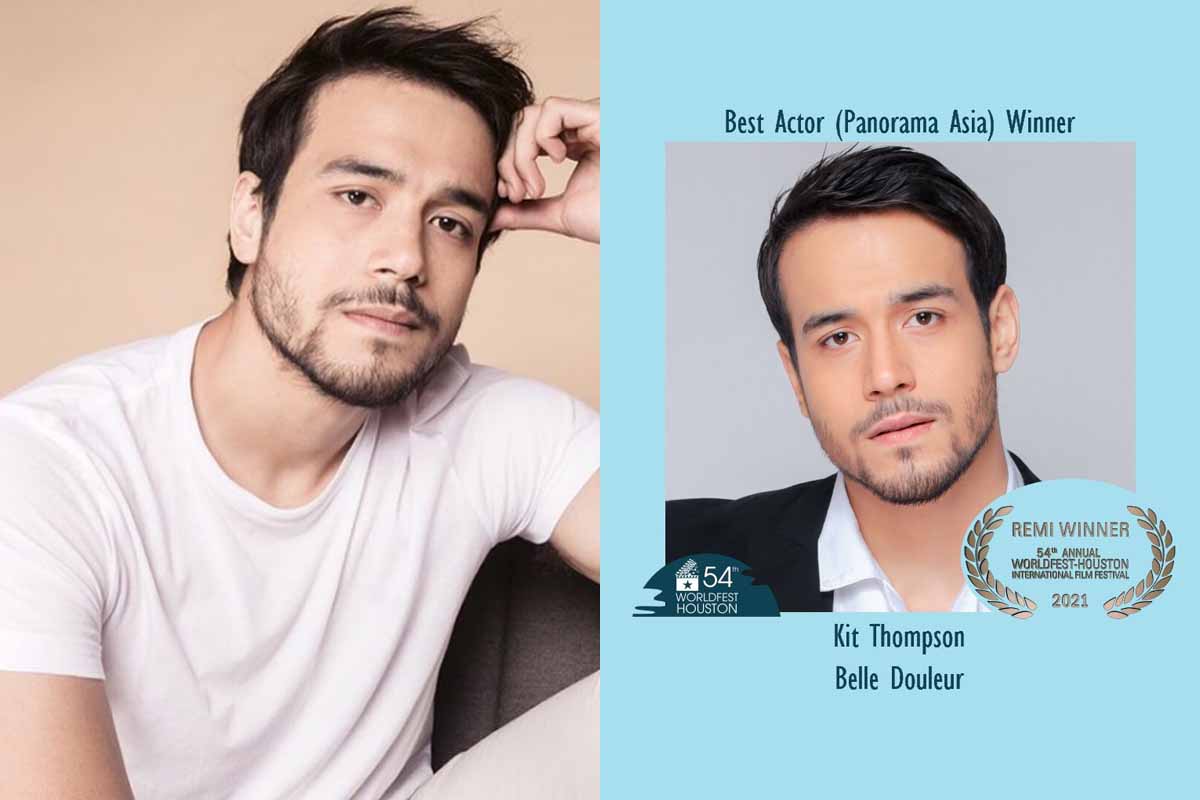 
Filipino pride across the globe! Kit Thompson has recently won the Remi award for Best Actor (Panorama Asia) in the 54th WorldFest-Houston International Film for his charming work in the 2019 "Belle Douleur," wherein he starred together with Mylene Dizon.

Kit Thompson has recently been named Best Actor (Panorama Asia) at an international film festival, the 54th WorldFest-Houston International Film Festival for his work in the 2019 film "Belle Douleur."

"Kit Thompson's charming performance in "Belle Douleur" was easy to fall in love with and earned him the Remi award for BEST ACTOR (Panorama Asia) at WorldFest 54!" they captioned the post.

Thompson copped the award against two other nominees who were Japan's Yuh Kamiya and Hideyuki Kawahara for the film "Beautiful Lure."

The 2019 film "Belle Douleur" is about a December-May love affair between two individuals with a notable age gap, with the woman already being 45-year-old, and the man is half her age. Thompson starred together with veteran actress Mylene Dizon. It was also the directorial debut of producer Joji Alfonso, co-produced with Quantum Films.

The film was premiered at the 2019 Cinemalaya Independent Film Festival, and it won the Audience Choice award for full-length films.