How Expensive Is It To Live in Manila?


Are you planning to move to Manila? Here's a peek at how much it would cost living in Manila.

According to iPrice Group’s research, Manila is one of Southeast Asia’s most expensive cities. In terms of the price for living expenses, iPrice mentioned that living in Manila will require you to spend P50,798 every month for food, rent, transportation, and utilities.

Yes, living in the city has its own advantages but the temptation and the price of living in a city is a big responsibility. This means that if you’re earning less than P20,000 per month, you’ll have to double that effort into making the end meet. The Cost of Living in Manila

Cost of living pertains to the amount of money one that covers basic necessities such as food, housing, and transportation.

In Manila, you’ll be able to buy more goods compared to when you are in Singapore. This is the reason why it's quite cheaper to live in the Philippines.

According to iPrice Group, "The average cost of living is 168% higher than the average salary, so it comes as no surprise that about 35% of Metro Manila's population is reported to live in unstable, badly constructed shelters in the slums, and 11% of these reside near railroads or garbage dumps.”

Without paying for rent, an individual will still need P28,800 to survive in Manila.

The Bedspace Culture in Manila

With Manila’s high cost of living and low wages, this is probably the reason why bed space rentals prevail in Manila rather than apartment rental. 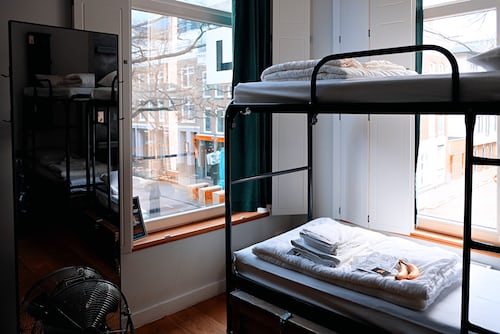 According to Spot.ph, the iPrice Group states that the price of a one-bedroom apartment in Manila is 56% higher than Kuala Lumpur's, 47% higher than Jakarta's, 31% higher than Ho Chi Minh's even though the three cities have "comparable economic states."

What You Need To Have A Comfortable Life in Manila

According to the National Economic Development Authority's AmBisyon 2040 growth roadmap, a "comfortable life" in Manila requires a gross income of P120,000 per month for a family of four.

This is why family planning is crucial when you live in Manila, because of the needs and demands of living in a city.