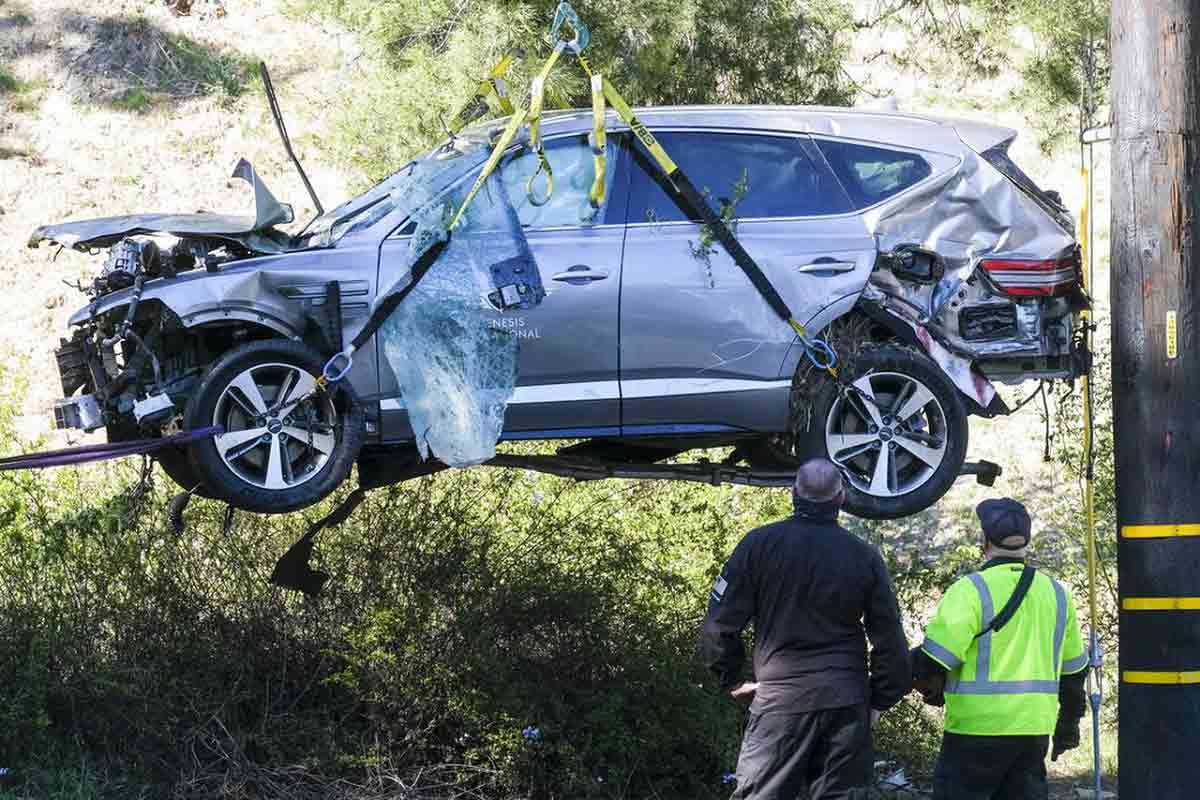 CRASH AFTERMATH. L.A County Sheriff says that the crash was caused by high speed and inability to negotiate a curve | SAGISAG PH


A high speed of 87 mph caused the Tiger (or more accurately, his car) to crash.

Golf legend Tiger Woods intended to hit the brakes when he approached a curve in the road but accidentally slammed the gas pedal, causing a high-speed rollover crash.

Six weeks following the accident and Woods’ suffering of serious leg injuries, Sheriff Alex Villanueva of the Los Angeles County Sheriff’s Department said the main causes of the crash were the high speed and Woods’ inability to negotiate a curve.

Woods was driving around 07:00 A.M on February 23, 2021, when his vehicle, a Genesis SUV, veered off the road 26 miles southwest of downtown Los Angeles, California.

According to a search warrant affidavit of the vehicle’s data recorder, Woods was driving in Rancho Palos Verdes when he hit roadside sign, crossed a center divider and traveled more than 150 feet across the shoulder through shrubbery and an uprooted tree before coming to a halt.

It was likely that he mistook the gas pedal for the brakes, as no braking was detected on the data recorded.

Investigators did not seek a warrant for a blood test due to no evidence of impairment or intoxication. Woods even said he was not under the influence of alcohol or medication when he was driving. Captain James Powers said that it would not be appropriate to perform sobriety tests on Woods due to the seriousness of his injuries.