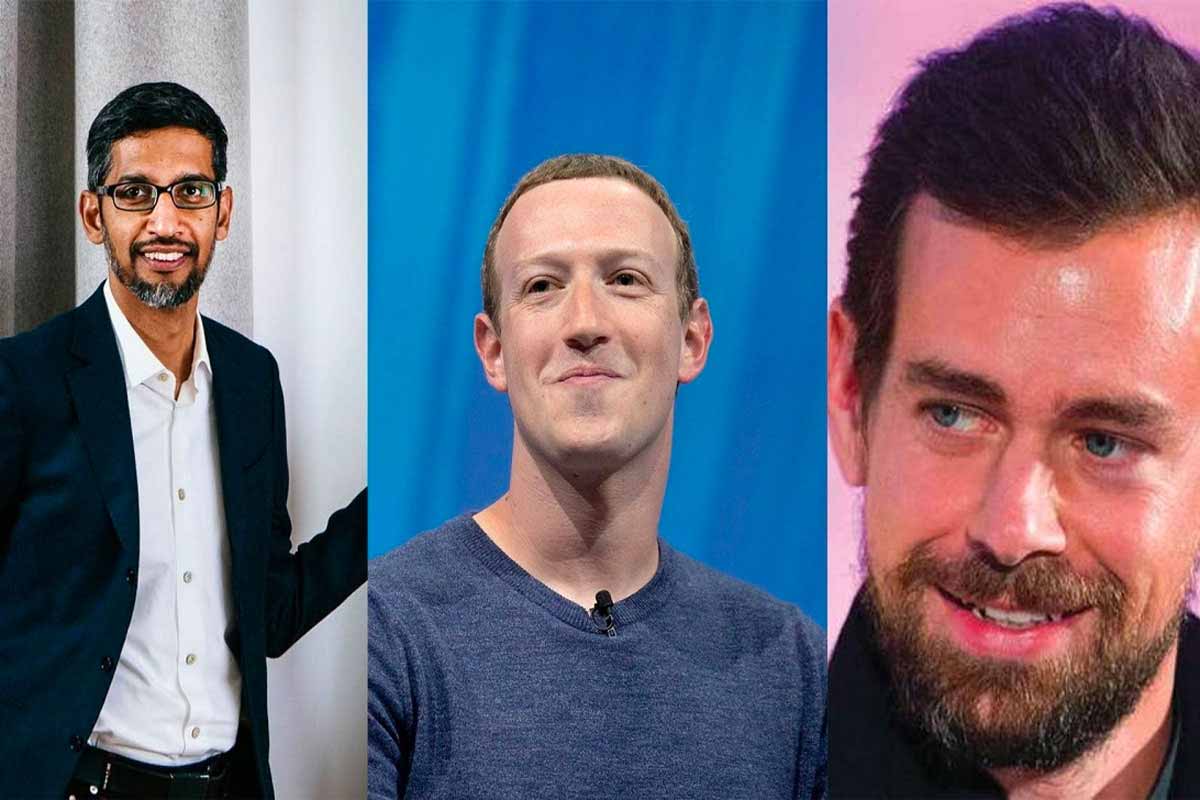 (TO BE) GRILLED. Three of technology's top executives are to testify before US Congress regarding misinformation and online extremism | SAGISAG PH


Amidst the accusations of misinformation and online extremism, US Congress puts technology’s top CEOs on the grill.

This would be their first appearance before lawmakers following the Capitol riots that took place on January 6, 2021, and the rollout of the coronavirus vaccine.

Throughout the past few months, the tech giants have been under more intense scrutiny after facing intense pressure to defeat misinformation and foreign interference leading up to the 2020 US Election.

Despite the great lengths these companies have gone through to crack down election conspiracy theories, it was not enough to keep hardcore supporters of (now former) President Donald Trump from storming the US Capitol in Washington D.C.

The hearing also marks the CEOs’ first time to present themselves before Congress after Trump was banned or suspended from their respective platforms following the Capitol riots. In their prepared remarks, some of the executives even address what happened on January 6 head-on.

In Mark Zuckerberg’s testimony, he described the attacks in the US Capitol as a “horrific assault on our values and our democracy” and explained Facebook’s commitment to assisting law enforcement in “bringing the insurrectionists to justice”.

He added: “We do more to address misinformation than any other company.”

Thursday’s hearing may also be the last chance for the executives to personally make a case to lawmakers before US Congress could potentially make sweeping changes to federal law.

At the heart of this legal battle is Section 230, otherwise known as the Communications Act of 1934. This legislative shield grants websites legal immunity for the most of content posted by their users. Both US Congress and tech executives have called for updates to the law, which courts broadly interpret and is credited with the development of open internet.

Zuckerberg intends to argue for narrowing the scope of Section 230, while Pichai and Dorsey will not wade into the debate or discuss the role of the government. But they will offer their general visions for the moderation of content. In his testimony, Pichai calls for clearer content policies and giving users a way to appeal content decisions. Dorsey’s testimony once again placed emphasis on more user-led content moderation and the creation of better settings and tools that allows users to customize their online experience.

By now, all three executives have had a good amount of experience in testifying before US Congress. Dorsey and Zuckerberg recently appeared before the US Senate last November 2020 to discuss content moderation. Before that, Pichai and Zuckerberg testified in the House last summer on antitrust issues.

Prior to Thursday’s hearing, the companies argued that they aggressively attempted to defeat misinformation. But these claims are less likely to appease members of the committee, whose memo cited several research papers indicating the rampancy of misinformation and extremism in the platforms.