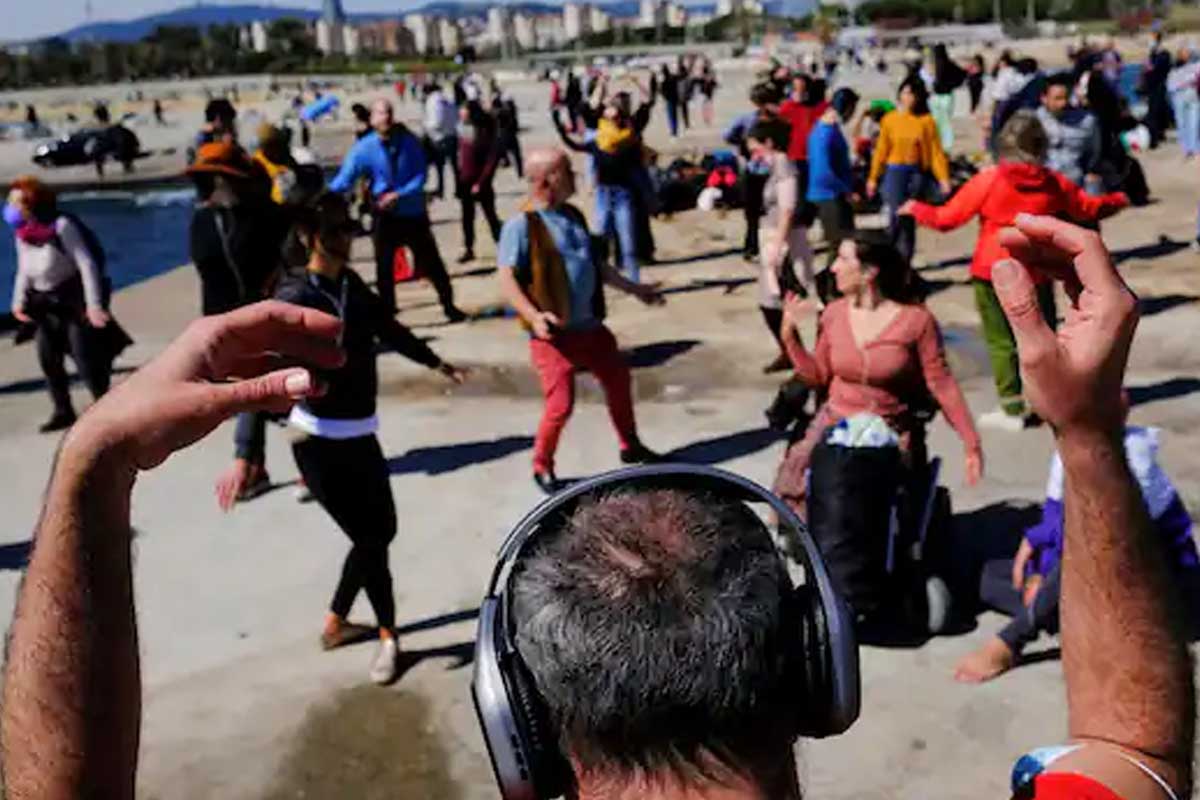 
Many ravers missed the life of the party, and this brilliant idea of a Silent Disco born in Barcelona gives partying and raving a new take, wherein everybody enjoys the music in their headphones, outdoors, in some beautiful places of Barcelona, while keeping socially-distanced.

Since the COVID-19 pandemic happened, clubs or parties have been restricted in order to avoid the transmission of the virus.

While many ravers missed the life of the party, this brilliant idea born in Barcelona gives partying and raving a new take, which is by taking the party outside at an open space, with partygoers keeping social distance from each other.

The Tribu Silent Disco, which started from a fun and interesting meetup between friends, has turned into a regular Sunday morning event. A report by Reuters says one even took place at the famous Magic Fountain in the neighborhood of Montjuic.

According to Xavi Panella, the co-founder of Silent Disco, the idea of an outdoor silent disco bloomed from the question of how they could boost dancing now that there are so many restrictions imposed upon their country.

"And we had the idea to do it outdoors and with headphones," Panella told Reuters.

He also added that the event first revolved around friends and acquaintances, then people, later on, joined because it was done outdoors and in Spain's beautiful places where they don't bother anyone, and make sure that they maintain a safe distance.

What do you think of Barcelona's Silent Disco? Would you join one if given a chance? Share your thoughts with us in the comments.