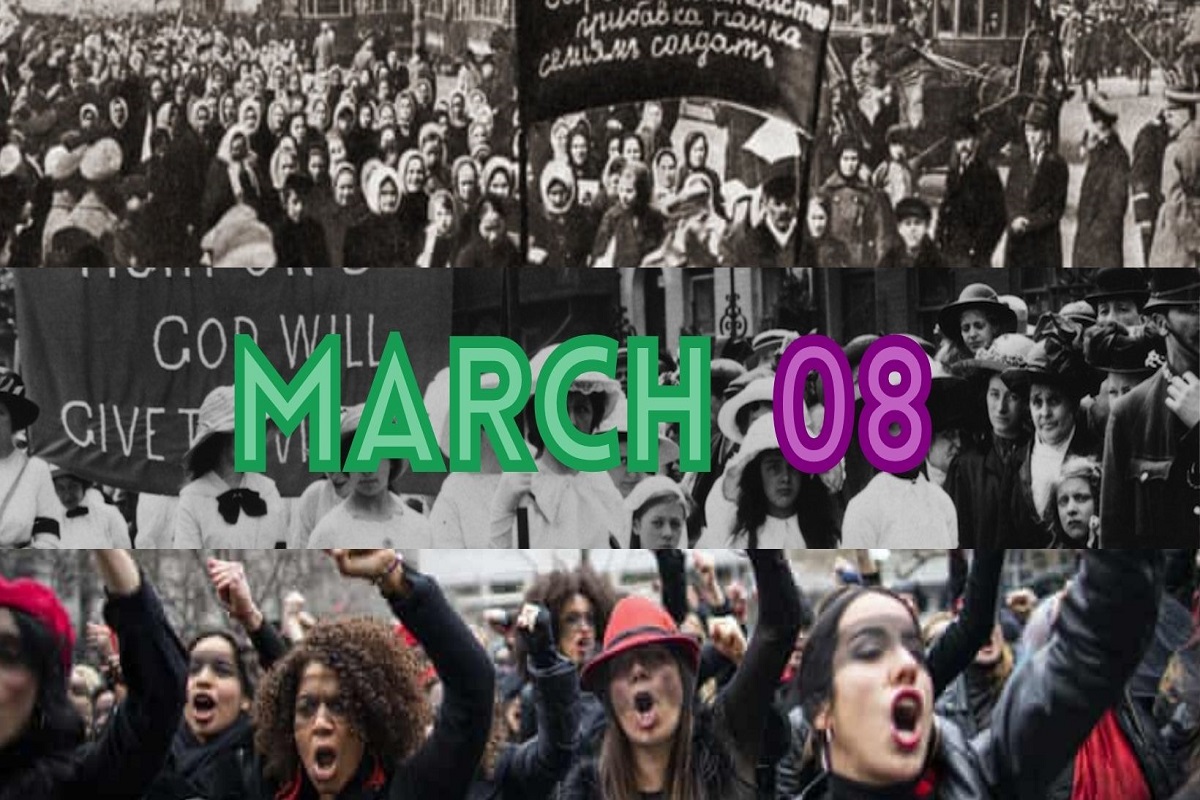 
What is the history behind March 8?

As people around the world, especially women, gather to celebrate International Women’s Day on March 8, countries high and low officially celebrate women’s rights and the achievements of women in the cultural, economic, political, and social sphere.

Since 1975, March 8 was designated as International Women’s Day according to an official United Nations observance.

However, the day’s origins can be traced further back to 1975 – more radical origins than we would expect.

How did International Women’s Day begin?

The stimulus that led to the establishment of International Women’s Day could be traced back to February 1908 in New York City. Thousands of women who worked in the garment-making industry went on strike and marched through New York City to protest the working conditions they were under. According to Eileen Boris, Professor of Feminist Studies at the University of California Santa Barbara, the women “were in less organized workplaces (than their male counterparts), were in the lower echelons of the garment industry, and were working at low wages and experiencing sexual harassment.”

To honor the anniversary of those strikes, which continued for more than a year, a National Women’s Day was celebrated for the first time in the United States on February 28, 1909.

German campaigner and socialist Clara Zetkin proposed the idea of turning the day into a day of international celebration. This idea was established at the International Conference of Working Women in 1910.

It All Started in Russia: The Most Consequential International Women’s Day Protest

As much as International Women’s Day was starting to take action from the women’s labor movement in the United States, it became revolutionary in 1917 Russia.

Just as Clara Zetkin’s idea was spreading across Europe, Russia was facing unrest against the backdrop of a country worn out by war. Besides exhaustion caused by war, Russia was experiencing widespread foot shortages and escalating protests, eventually leading to the nation’s 1917 International Women’s Day demonstration on February 23 – the equivalent of March 8 in the Russian calendar, indicating the significance of the date of the commemorations today.

Activist and historian Rochelle Ruthchild pointed out the differences between the demonstration that took place on March 8, 1917, and protests that took place prior. According to her, women were mostly in front of the firing line on March 8, which disappointed male revolutionaries because they were considered to be misbehaving and disobeying the notion of waiting until Labor Day for the annual worker’s protest.

Despite the commands of revolutionary leaders, the protests on March 8 boomed and became daily strikes of workers from different sectors of society, demanding bread, better rights, and an end to autocracy. A week later, Tsar Nicholas II of Russia abdicated his throne. This signaled the end of the Romanov dynasty’s 300-year rule, the downfall of the Russian Empire, and the beginning of socialism, and the formation of the Soviet Union in 1922.

The Russian Empire’s downfall and the rise of socialism is, according to Ruthchild, what made the protests that started on March 8, 1917, the most consequential International Women’s Day demonstration in history.

The International Element of Women’s Suffrage

By 1917, Russian women also gained the right to vote, which was a direct consequence of the protests that took place in March and after more than 40,000 women and men took to the streets once again to demand universal suffrage. This resulted in Russia becoming the first major power to enact suffrage legislation for women, a year earlier than Great Britain and three years earlier than the United States.

As a matter of fact, both British and American suffragettes took inspiration from the Russian women, showing how women’s movements, be it suffrage or labor rights, have always had the element of international connection. Such an example is British suffragette Emmeline Pankhurst visiting Russia in June of 1917 and the creation of the Women’s International League for Peace and Freedom during World War I.

More Steps Need to Be Taken

Since its establishment, International Women’s Day has been marked as a celebration as much as a protest. But the legacy of struggling for women’s rights remains a relevant element, a relevance that has been renewed in recent years, a particular example being the #MeToo movement.

“Days like International Women’s Day are a time to celebrate the gains that have been made and to measure how far we have come,” Boris says, “but also to see that there are many more steps to take and to rededicated to the struggle ahead.”

It seems like International Women’s Day is not going to lose its element of radicalism any time soon.