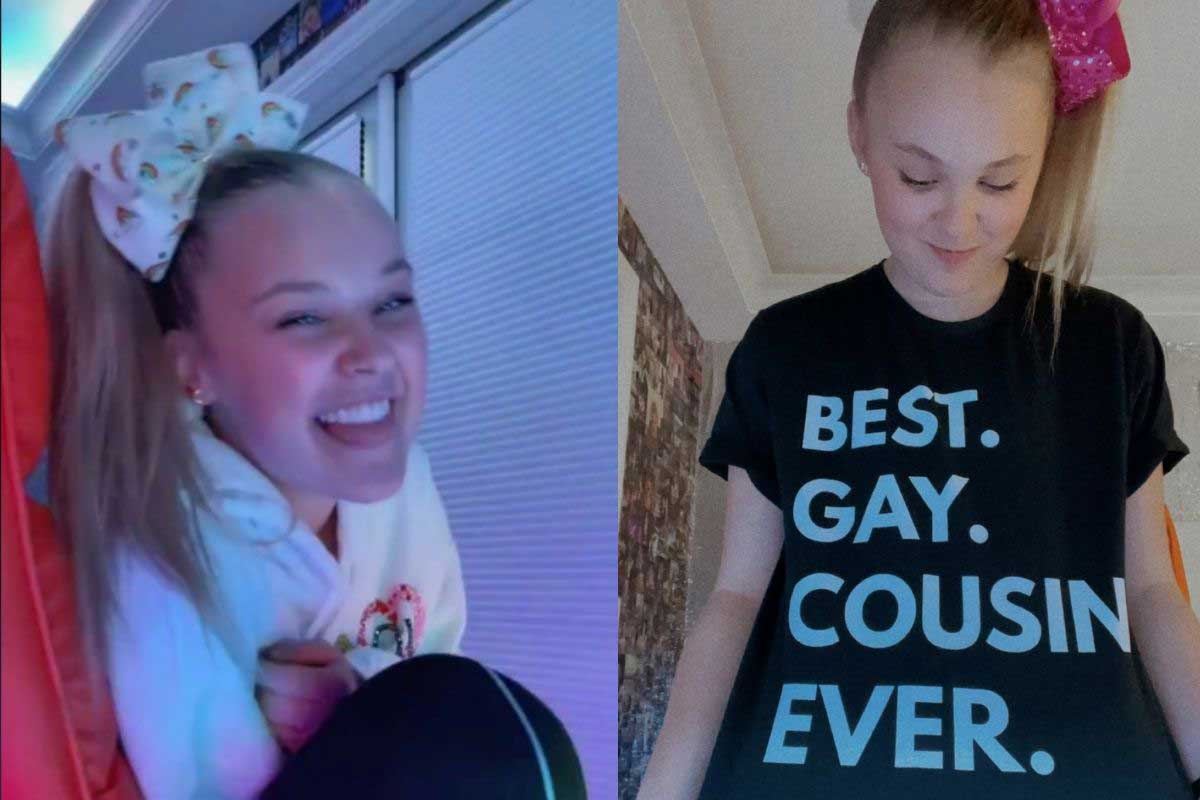 Jojo Siwa comes out as gay. Photo via @itsjojosiwa on TikTok and Twitter. | Sagisag PH


American singer, dancer, and YouTube star, Jojo Siwa, opened up about her sexuality through a viral TikTok and a statement T-shirt.

American singer, dancer, and YouTube star, Jojo Siwa, opened up about her sexuality through a viral TikTok and a statement T-shirt.

In her now most-viewed TikTok video, Jojo Siwa lip-synched to Lady Gaga’s hit ‘Born This Way’ which is known to be an anthem to the members of the LGBT community. Particularly, the 17-year-old star, while sporting a rainbow-decorated bow, lip-synched to “No matter gay, straight, or bi, lesbian, transgendered life, I’m on the right track, baby, I was born this way.”

The video has gained over 32 million views, as of current.

On Twitter, the teen star also implicitly confirmed her sexuality with a photo of her wearing a statement shirt that read, “BEST. GAY. COUSIN. EVER.”

“My cousin got me a new shirt,” she said in her tweet, which was met with support from a number of her fans and other artists.

My cousin got me a new shirt pic.twitter.com/DuHhgRto7b

In an Instagram live on Saturday, Siwa expressed her thanks to the people who showed her love and support after coming out.

“I’m really happy, and now that the world gets to see this part of my life, it makes me really, really happy,” she said.