PUP might be next in accord abolition with DND 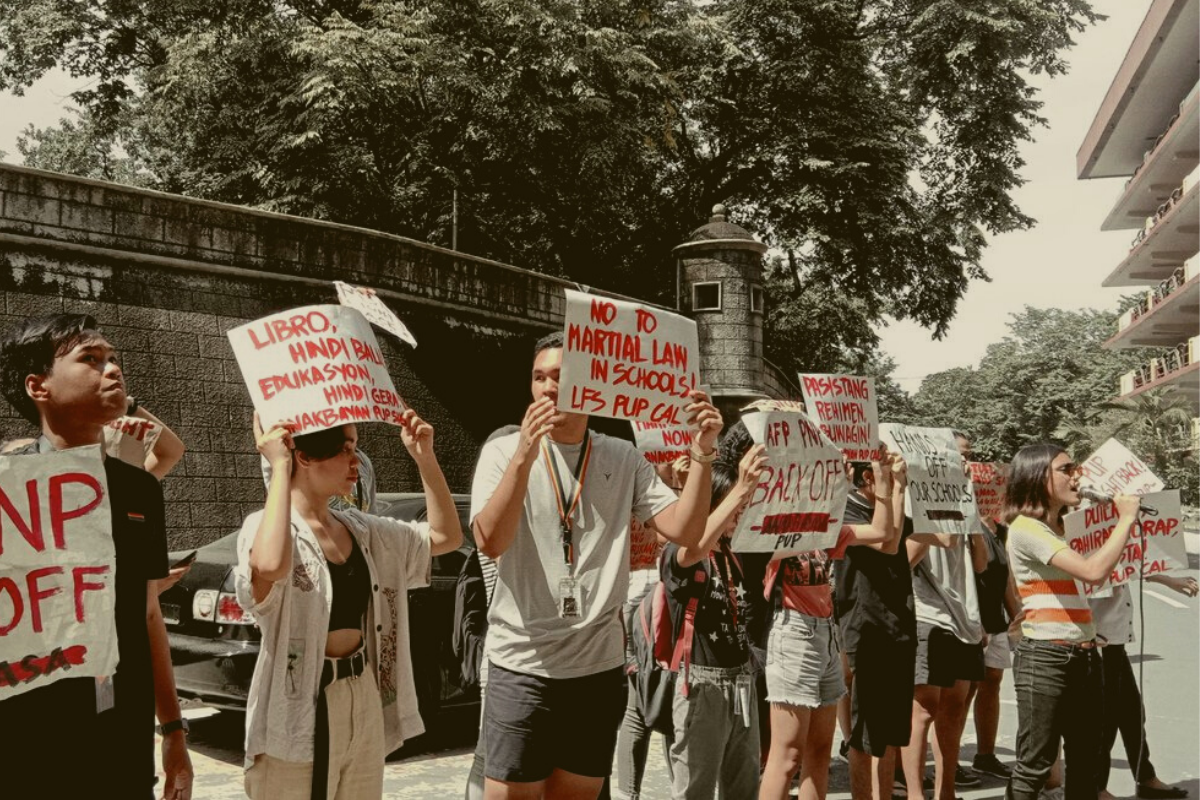 NO TO MILITARIZATION. PUP Community fears that they might suffer the same fate as UP. Photo Credits: Twitter


Will the Department of National Defense terminate the accords with PUP as well?

The 1989 agreement demanding state forces to notify the UP before they enter the campus grounds has been terminated due to the reason that UP became a safe haven for the enemies of the country.

PUP Professor and PUP Kagawaran ng Filipinolohiya member MJ Rafal said that PUP might be next after a Duterte Youth Partylist demanded to end a similar accord among the Department of National Defense and PUP.

Defense Secretary Delfin Lorenzana said "We are looking into other similar agreements to terminate them as well," which confirmed that the government plans to end accords with other universities.

He added that the PUP community feels the chilling effect, for example, you’re a teacher in Filipino language, literature, and history, it will be like a chain around your neck. The government’s power looms every time you speak against them and it can have an effect on you right away.

A press statement from Duterte Youth Party List Rep. Ducielle Cardema advised the DND to terminate its accord on the academic freedom with the Polytechnic University of the Philippines "because it creates inequality among the more than 400 campuses of the different State Universities and Colleges across the nation."

Tagaylo added that PUP students against DND’s actions will be holding a protest at 10 AM on Wednesday.