What is the UP-DND Accord? 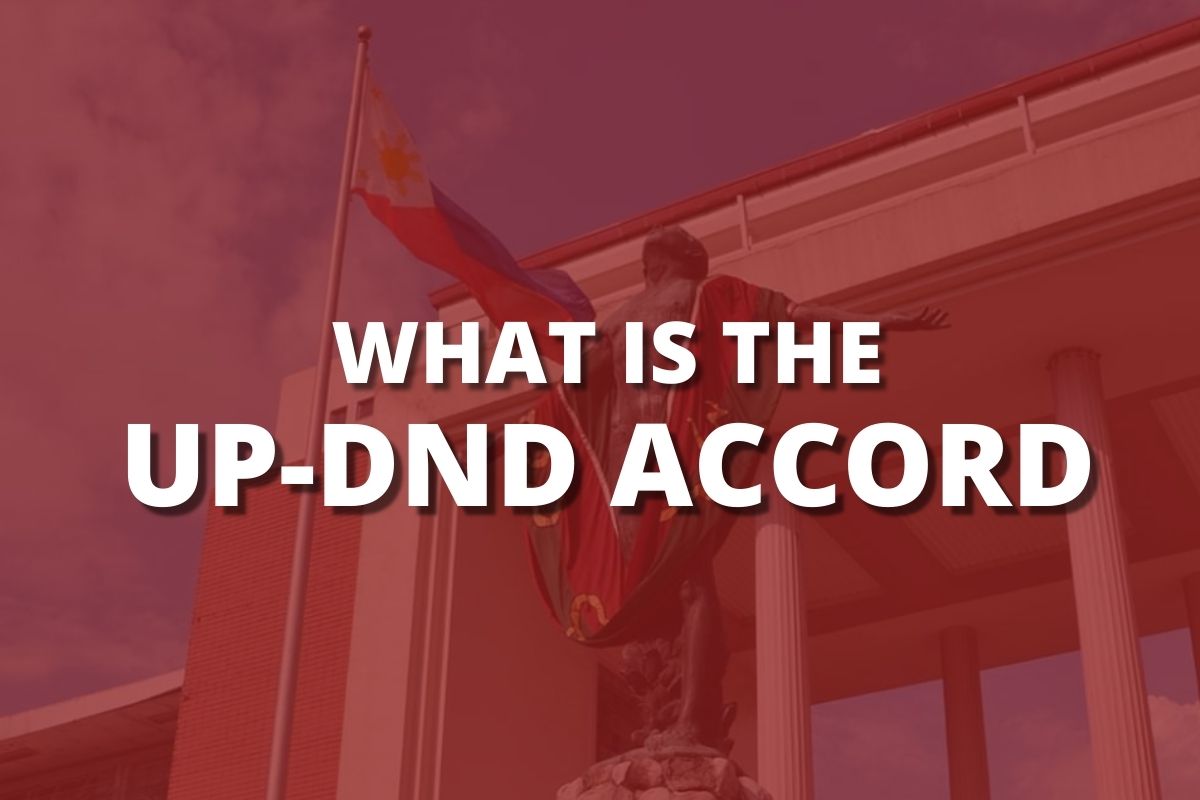 What is the UP-DND Accord?


Born in 1989, the UP-DND Accord prohibits the military and the police from conducting operations inside UP campuses without informing the university administration.

In a letter to University of the Philippines (UP) President Danilo Concepcion, Defense Secretary Delfin Lorenzana unilaterally terminated the 31-year-old pact between UP and the Department of National Defense (DND).

In his letter, Lorenzana claimed there is an “ongoing clandestine recruitment” for the membership in the Communist Party of the Philippines  - New People’s Army (CPP/NPA) within the grounds of the university.

He added that a number of UP students have been identified as members of the organization which has been declared terrorist by the Anti-Terrorist Council.

To remedy this, the defense secretary said, the pact must be abrogated —a decision that was met by denouncements from the members of the UP community.

Born in 1989, the UP-DND Accord prohibits the military and the police from conducting operations inside UP campuses without informing the university administration.

It was signed by then-defense chief Fidel Ramos and then-UP President Jose Abueva.

Continente was tortured and forced to admit a crime he did not commit, Reyes said. Continente was convicted for the killing of US Col. James Rowe and was sentenced to 14 years in prison.

The UP-DND Accord was born so incidents such as the case of Donato Continente will not happen again.

The provisions of the agreement include:

UP President Concepcion has urged DND to reconsider and revoke its decision to terminate the UP-DND Accord, noting that it is “totally unnecessary and unwarranted.” University student councils, student movements, and other personalities have also expressed their opposition to the decision.