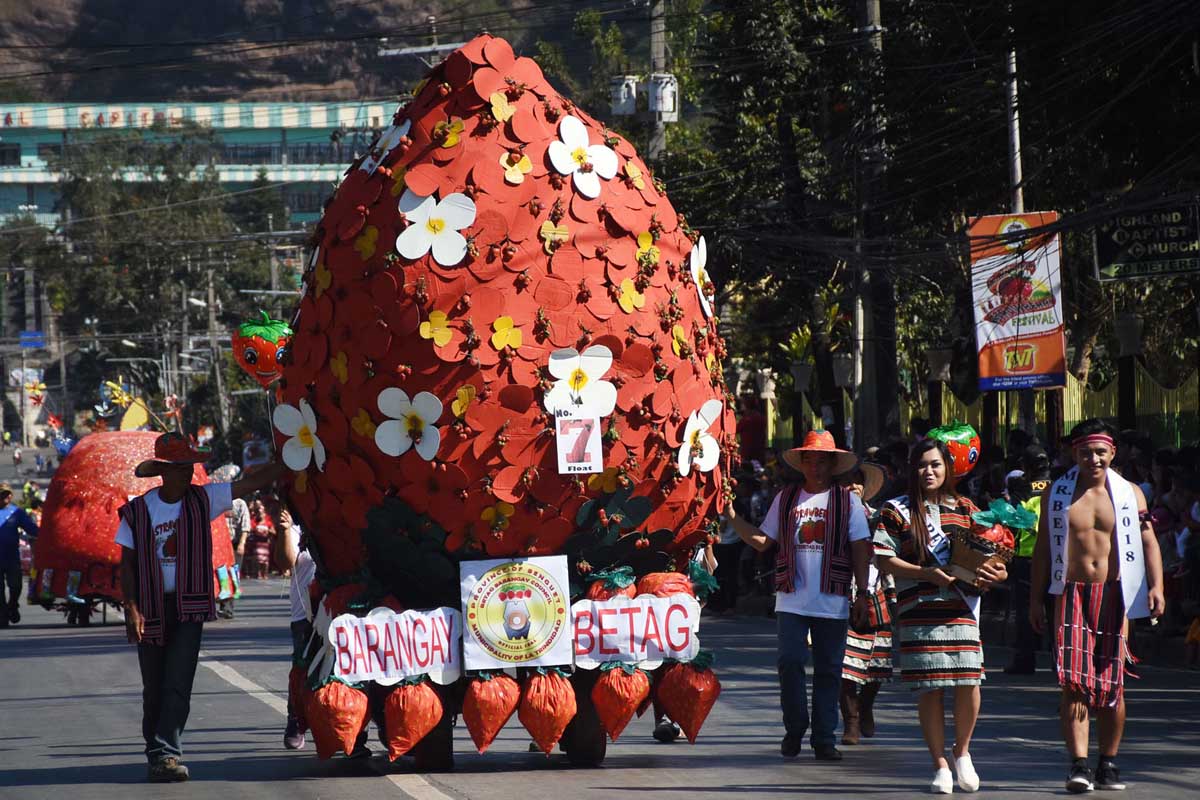 
The annual Strawberry Festival held in Benguet's capital town has been canceled due to the growing cases of COVID-19 in the province.

The regularly-celebrated Strawberry Festival in La Trinidad has been canceled due to the rising number of COVID-19 cases in the province, La Trinidad Mayor Romeo Salda announced on Sunday, January 18.

Records from the provincial health office showed that Benguet had recorded 53 new infections, which were mostly from La Trinidad and the mining district of the province.

Known as the "strawberry capital" of the Philippines, La Trinidad boasts of their strawberry farms as their biggest attraction wherein tourists can pick ripe strawberries on their own.

According to records, there at least 700 strawberry farms in La Trinidad, mostly from the villages of Balili, Betag, Poblacion, Pico, Puguis, Tawang, and Wangal. Strawberry production is the mother lode of livelihood in the province, and it has been proven beneficial to both the farmers and the municipality.

However, the fields are currently closed to tourists due to local regulations against leisure visits.

The Strawberry Festival event was first staged in 1981, and since then, it is held annually in March, wherein local strawberry farmers would display their harvests and compete for having the heaviest and sweetest berries which is one of the highlights of the festival.

Salda also skipped the usually month-long Strawberry Festival last year due to the lockdown measures implemented in Luzon from March to May, and the following quarantine measures. With the closure of tourism and leisure-related activities, the province has lost nearly 100 million pesos worth of potential revenue.