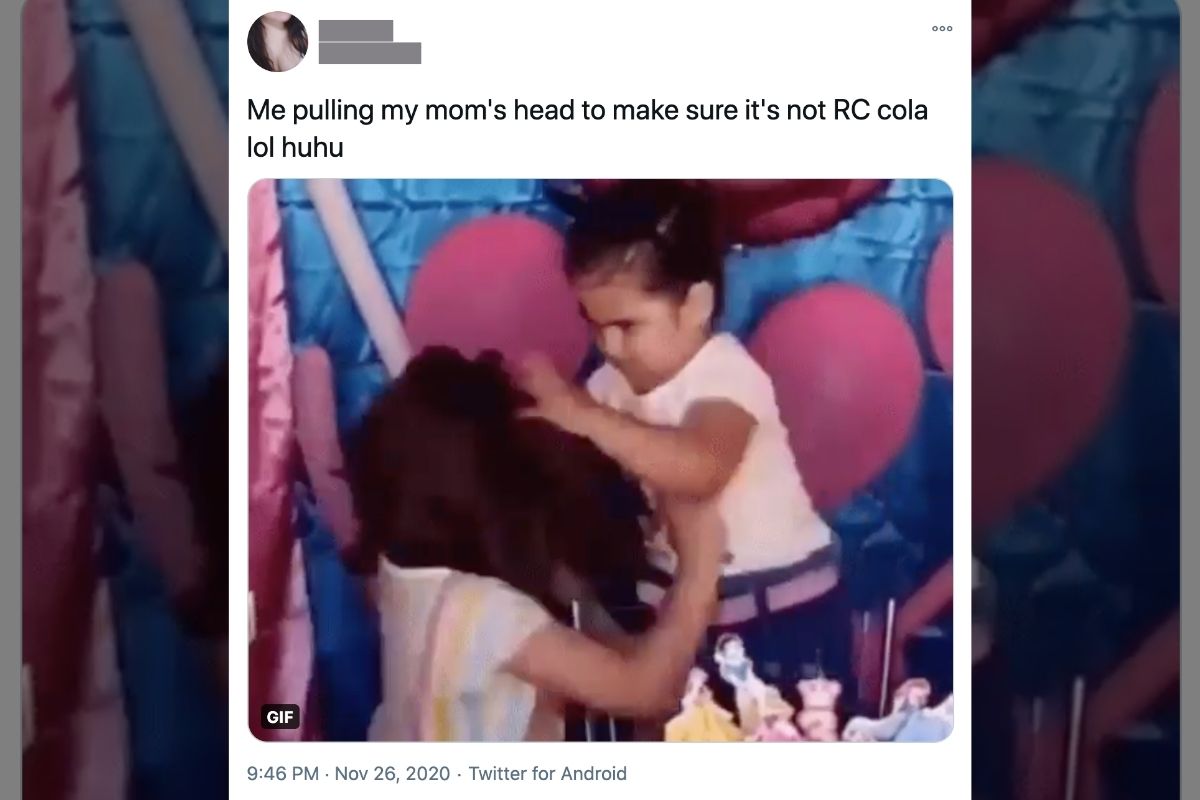 
No, it wasn’t an episode of Black Mirror.

If you’ve been hibernating and have not seen it yet, here’s how it goes.

At first, it looks like a typical Filipino commercial.

A boy comes home from school looking uneasy. He asks his mom if he’s adopted because his classmates are teasing him about it, to which she replied: “Anak, ‘di ba sinabi ko sa’yo ‘wag kang magpapaapekto sa sinasabi ng iba.”

But the boy persists to hear an answer from his mom. Until the commercial shifted to a “weird” and “creepy” one.

The boy put down his backpack and removed his uniform, revealing FOUR PIECES OF DRINKING GLASS ON HIS BACK!?

It didn’t end there. He asks his mom to explain the glasses on his back, to which she replied, “Matagal na naming itinago ito sa’yo anak. Pero palagay ko , panahon na para malaman mo.”

The mom then started to unwrap the scarf around her neck and then PULLED HER HEAD UP, REVEALING AN RC COLA BOTTLE!?

The madness continued with the mom, putting ice on his son’s back, and STARTED TO POUR RC COLA ON THE DRINKING GLASSES!?

Just when you thought the whole thing ended already, the last 5 seconds shows THE WHOLE FAMILY SIPPING THE COLA FROM THE BOY’S BACK!

On Twitter, “RC Cola” even became a trending topic.

“RC Cola. I have so many questions,” one netizen wrote.

Most of the tweets lauded the people behind the ad for taking a risk in producing such “unique but extremely disturbing” one.

Many also tweeted that the commercial made them want to check their moms if she’s an RC Cola bottle.

I'm about to check my mom if she's an RC Cola bottle pic.twitter.com/Y2RDlFrGT5

Me pulling my mom's head to make sure it's not RC cola lol huhu pic.twitter.com/Wft30IbxUw

me checking if my mom is a RC Cola bottle pic.twitter.com/A5cZyevAnN

No, that RC Cola ad is not just weird, it's actually brilliant. Everyone's talking about it right now, and that's how ads should work.

Rc cola ad says that even when you feel empty or indifferent or things turn not as you expect it to be, our Mom will always be there to fill-up those emptiness and make us feel that we’re not alone. pic.twitter.com/1c4Pg7IvNz

me after I watched that rc cola commercial: pic.twitter.com/NWaqFPHsHf

yall have to admit the fact that RC Cola's goal was to truly shock the social media with weirdness and that is something out of the norms of advertisements. It's always been like cheesy love and sad stories, and they went really out there, kudos to the team who thought of this! pic.twitter.com/GEb1Y9IMXf

What do you think about the ad?


Licensure exams that are scheduled this month of 2021 are..


Due to the new variant of COVID-19 from the UK, travelers..