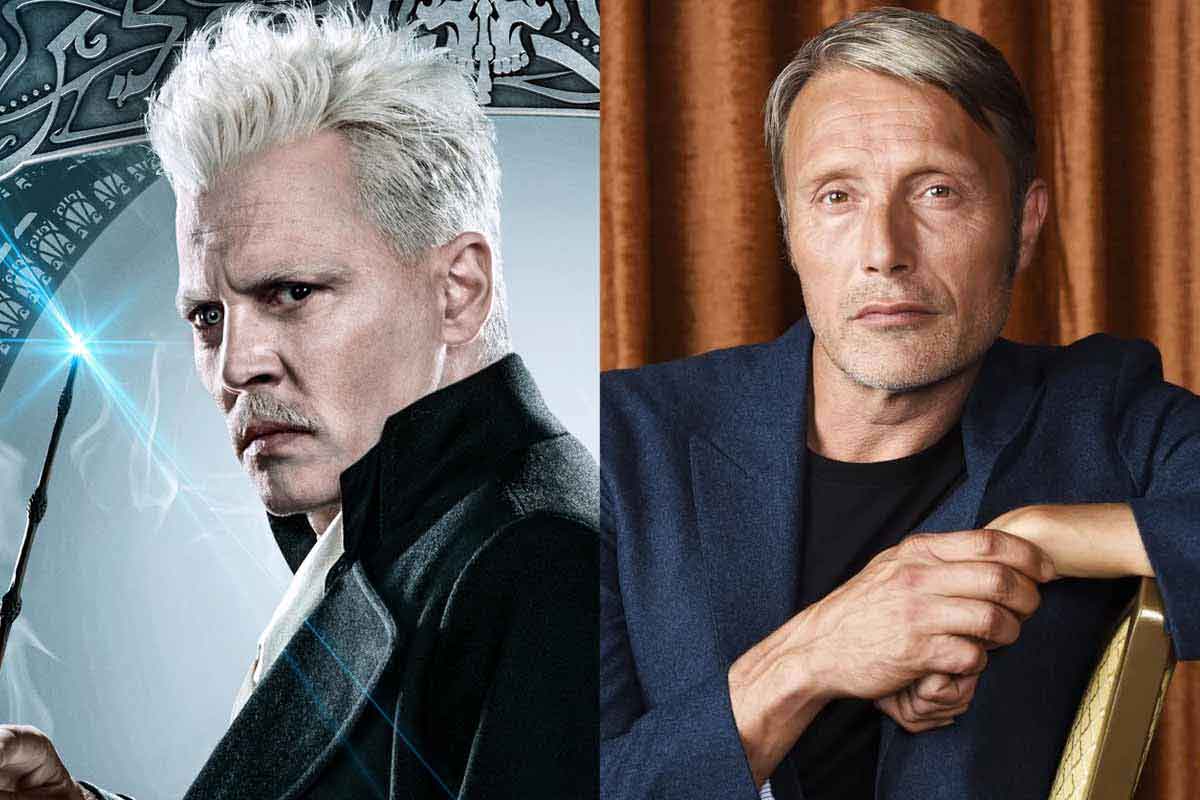 THE NEW GRINDELWALD. Johnny Depp (L) fantasticly portrayed the dark wizard in the Fantastic Beast franchise’s previous films, but due to his resignation from the franchise, he will now be replaced by Danish actor Mads Mikkelsen (R). Photos courtesy of Warner Bros. and Chris Pizzello via AP ̶ Sagisag PH


Following Johnny Depp’s withdrawal from the Fantastic Beasts franchise, the role of the franchise’s villain Gellert Grindelwald has been left vacant for a while. But the search for the new Grindelwald is over now!

The search for a new Gellert Grindelwald is over!

According to Indiewire, Warner Bros. officially announced that Mads Mikkelsen, who’s famous for his roles in ‘Hannibal’ as the infamous serial killer and cannibal; in ‘Rogue One: A Star Wars Story’ as the father of the Death Star, and; in ‘Doctor Strange’ as the villain sorcerer Kaecilius, has been cast as the Dark Wizard Gellert Grindelwald for the third and upcoming installment in the ‘Fantastic Beasts’ franchise.

Mikkelsen will be replacing Johnny Depp after he was asked by Warner Bros. to resign from his role as Grindelwald, after he lost the libel case he filed against British publisher The Sun, which called him a ‘wife-beater’ to his ex-wife Amber Heard.

Depp made his first appearance in the ‘Fantastic Beasts’ franchise in the 2016 film  as the big bad dark wizard Gellert Grindelwald, and reprised his role who played a big part in the film’s plot in the 2018 sequel “Fantastic Beasts: The Crimes of Grindelwald.”

Mikkelsen is an applauded actor, often coined as one of Hollywood’s go-to villains. Fans can surely expect a good portrayal of Grindelwald from the 53-year-old Danish actor Mr. Mikkelsen.

“Fantastic Beasts 3,” which will be helmed by acclaimed director David Yates, is reportedly on the works at Warner Bros. Studios Leavesden outside of London.

The film is expected to be slated for a 2022 release.

Are you excited for “Fantastic Beasts 3”? Tell us in the comments below!