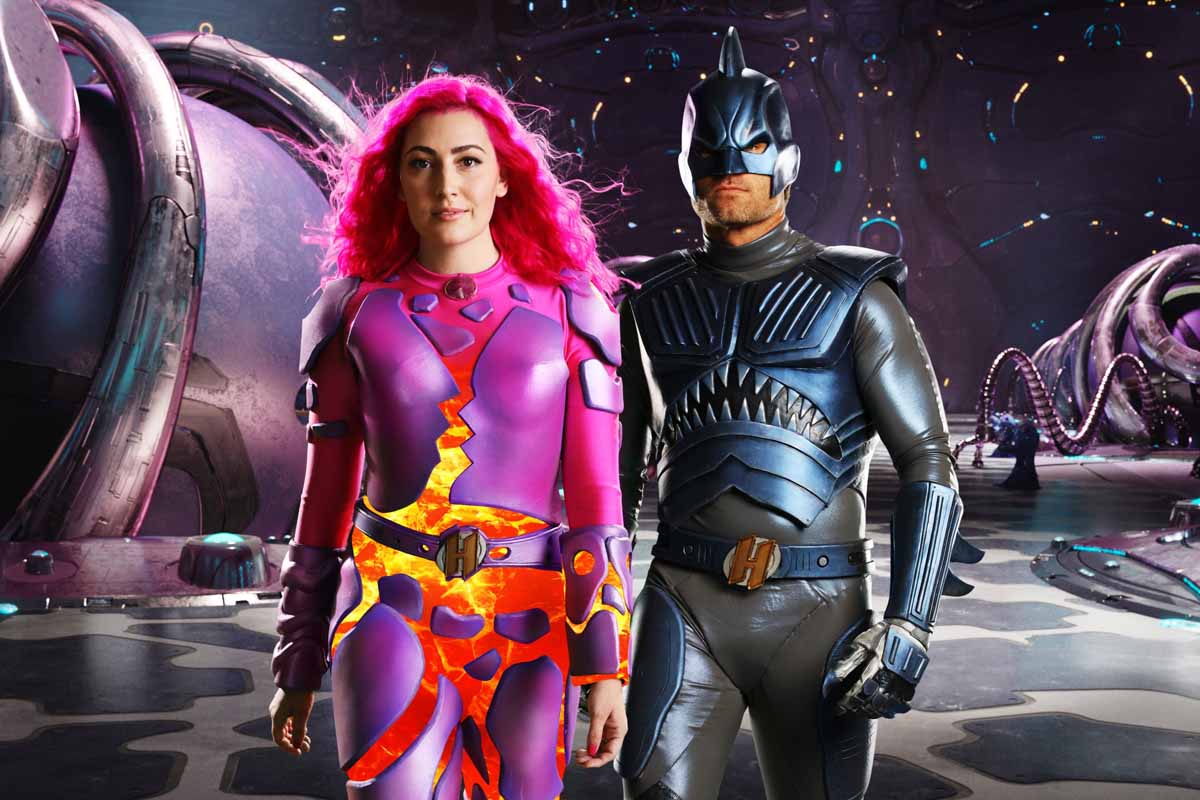 ALL GROWN UP! Taylor Dooley reprises her role as Lavagirl from the 2005 hit film 'The Adventures of Sharkboy and Lavagirl,' however Sharkboy won't be playing Sharkboy in Netflix's upcoming movie 'We Can Be Heroes.' He's replaced by stunt actor JJ Dashnwa.


Netflix brings back memories as it announced the upcoming participation of well-loved duo Sharkboy and Lavagirl from the 2005 film ‘The Adventures of Sharkboy and Lavagirl’! While Taylor Dooley will be reprising her role as Lavagirl, it seems that Taylor Lautner won’t be back as Sharkboy, and fans are disappointed.

Many ‘90s children—if not all ‘90s children—have the 2005’s film 'The Adventures of Sharkboy and Lavagirl' included in their list of childhood favorite movies.

Here’s some good news, so strap in as we travel back to the distant past of childhood as Sharkboy and Lavagirl are coming back to the screens in a Netflix Original film titled ‘We Can Be Heroes’!

Wanna feel old? Sharkboy and Lavagirl are parents now (and their daughter is played by Vivien Lyra Blair aka Girl from BIRD BOX)

WE CAN BE HEROES releases globally on Netflix on New Year's Day pic.twitter.com/W9RtNibQij

The 2005 film was directed by Robert Rodriguez who’s also known for his works such as ‘Sin City,’ ‘From Dusk Till Dawn,’ and the hit trilogy ‘Spy Kids,’ which became a favorite of the young generation in the early '00s.

He also tweeted the big reveal and introduced the duo’s kid named Guppy, played by Vivien Lyra Blair who was Girl in ‘Bird Box.’

Sharkboy and Lavagirl are back! And they’ve had a kid. Introducing...Guppy! #WeCanBeHeroes releases on @Netflix on New Year’s Day. pic.twitter.com/dSSHYHgOox

Many fans and netizens were quick to point out how Sharkboy seemed to be not he is—well, that’s because Sharkboy was recast and was replaced by stunt actor JJ Dashnaw for Netflix’s sequel.

Ma’am that ain’t Taylor Lautner, who is this imposter? pic.twitter.com/ZO98KIq6kE

While Taylor Dooley, who starred as Lavagirl in the 2005 film, will be reprising her role in the Netflix-original movie (and yes, with that bright pink hair, too!), it’s a bit saddening that Taylor Lautner who starred as the famous shark-child heartthrob, won’t be coming to the screens to reprise his role.

'The Adventures of Sharkboy and Lavagirl' was one of Taylor Lautner’s stepping stones—a big one at that—towards fame. You can’t deny it; you must have fawned over 13-year-old Taylor Lautner as Sharkboy at some point!

Lautner then moved on to his career as an actor in Twilight where we’ve all seen his growth, wherein he led the pack of wolves in Team Jacob.

Now, why isn’t Lautner back as Sharkboy (or Sharkman)? As of now, it is unclear as to why the actor won’t be appearing in the sequel or why he was recast, but one thing is for sure: fans aren’t exactly happy with the Sharkboy ‘imposter.’

Because of this, Taylor Lautner made his way to the top of the trending topics as he became the talk for a whole day.

Check out some tweets by fans:

Now what was taylor Lautner doing that was so important he couldn’t help us relive our childhoods for a second https://t.co/F9460lYswI

I’m sorry but Taylor Lautner will always be THE sharkboy and Netflix should’ve done everything possible to get him out of the cave where he’s hiding. I want my full 2005 nostalgia experience! pic.twitter.com/LCGjZp8Znj

The upcoming Netflix movie will focus on a group of kids who will save their superhero aliens who got kidnapped by aliens. Several big Hollywood stars such as Christian Slater, Pedro Pascual, Haley Reinhart Boyd Holbrook, and Priyanka Chopra-Jones are set to play a part in the movie as members of the superhero team.