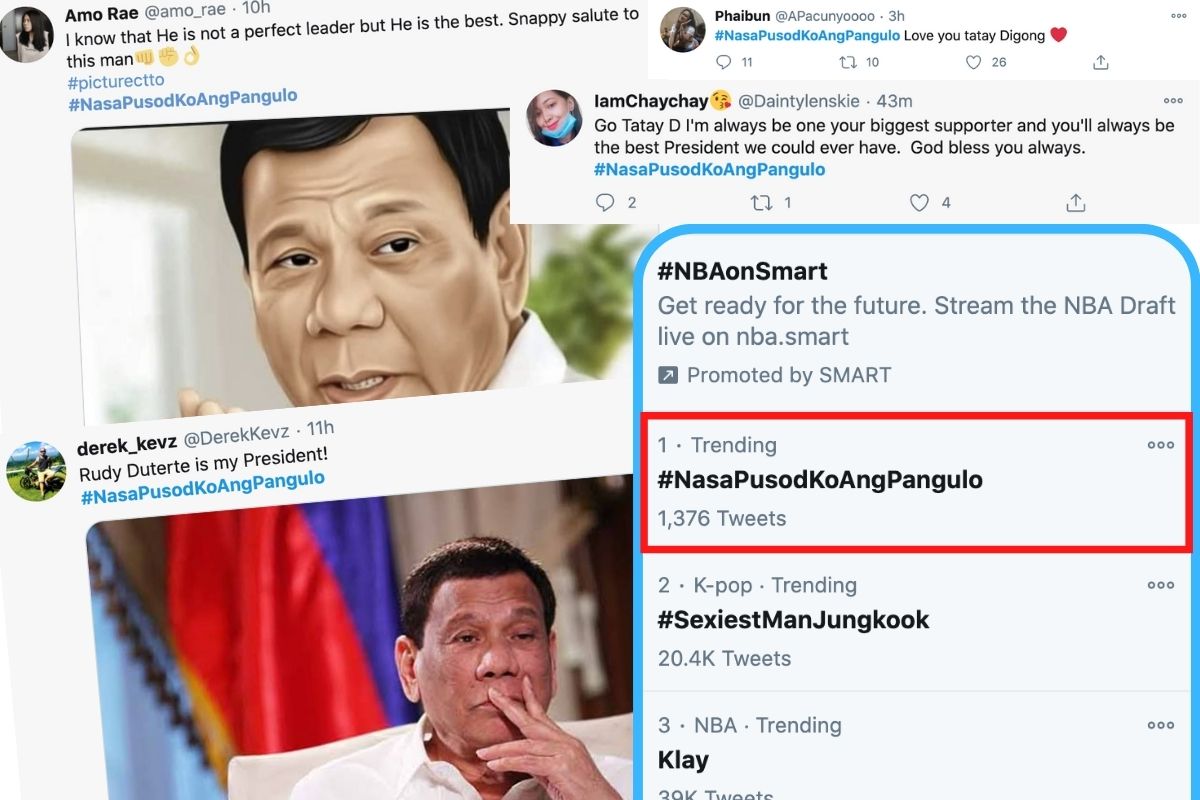 As if the hashtags #NasaanAngPangulo, #NasiraanAngPangulo, and #NaasarAngPangulo aren’t enough, the #NasaPusodKoAngPangulo became the top trending topic on Twitter Philippines Thursday, November 19.

Although it may seem that this is another hashtag from President Rodrigo Duterte’s critics, it is not. Apparently, the hashtag trended after his supporters used it to their tweets.

It is still not

It is not yet clear who started the faulty hashtag. However, before it became a trending topic, DPWH Secretary Mark Villar showed his support to the president by using the #NasaPusoKoAngPangulo.

The Presidential Communications Operations Office also used the hashtag in one of its posts about Duterte on November 18.

PCOO Secretary Martin Andanar in a statement also claimed the #NasaPusoKoAngPangulo topped the trends list on Twitter, although sources say it did not.