Netizens point out the importance of natural landforms like Sierra Madre against typhoons, calls out to cancel Kaliwa dam project 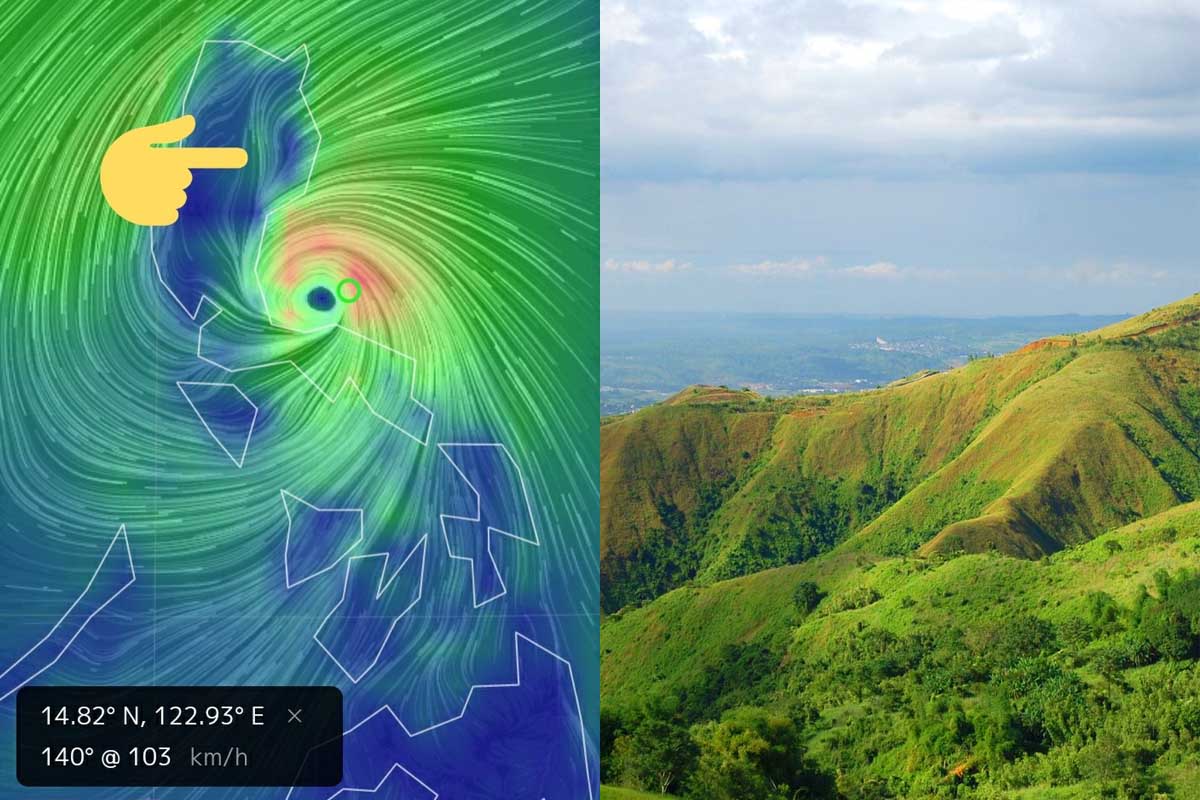 
At the onslaught of typhoon after typhoon, netizens pointed how the Sierra Madre mountain range has protected and helped weaken the present tropical cyclone Ulysses that has displaced several Filipinos.

The typhoon Ulysses came in like a thief in the night with its howling winds and raging rains; many Filipinos were caught off guard by its strength, and were, once again devastated anew just after the previous super typhoon Rolly, which left several parts of the country in ruins.

The tropical cyclone Ulysses (international name Vamco) has maximum sustained winds of up to 155 kilometers per hour near the center, and gustiness of about 255 kph as it made its third landfall in General Nakar earlier at 2 in the morning.

The tropical cyclone which lashed Luzon overnight was forecasted to slightly weaken while crossing Central Luzon, due to the frictional effects caused by the presence of the Sierra Madre and Zambales mountain ranges. For decades, Sierra Madre has been known to have protected and shielded the region from strong Pacific typhoons by weakening them.

The Sierra Madre mountain range is known to be the Philippines’ longest mountain range, and we give thanks to nature for having protected us. Coined as the ‘backbone of Luzon,’ the Sierra Madre extends across approximately 1.4 million hectares of land, which spans about 10 provinces. It has a length of about 500 kilometers (310.69 miles), and it covers no less than 68 protected areas in the country, including national parks and marine reserves.

Without it, the country would have experienced stronger and much merciless typhoons.

In light to this, several netizens on Twitter called out to the authorities to protect the mountain range as issues of human activity such as deforestation, quarrying, and urbanization, the biodiversity of Sierra Madre has been undergoing drastic and unfortunate changes. Several citizens and experts fear that without proper intervention against these activities may bring about damage to the ecosystem.

The term “Sierra Madre” trended on the platform, and many are hoping that this will call the attention of businessmen and authorities to intervene in the Kaliwa Dam Project, which is considered as one of the biggest, yet not highlighted issues in the country.

One netizen with the username @juneabellar tweeted, “With the Sierra Madre trending as it shields Luzon and slightly weakening the typhoon, I hope this serves as a reminder how important natural landforms are. Tapos kakalbuhin niyo ang mga bundok para lang sa artificial white sand!? Stop ruining mother earth for mere aesthetics.”

Another netizen @rnnkaktn also tweeted, “Let’s be thankful on how Sierra Madre protects us from Typhoon!! Hoping that it will not turn into dolomite sand.”

Meanwhile, another netizen with the username @lonelychicagos expresses their hope that the government may realize the importance of the Sierra Madre after the onslaught of the typhoon season.

“…after this typhoon season passes I hope the government finally realizes how important [Sierra Madre] is to act as defense from storms and to stop defacing the mountain range to pave way for projects like the [Kaliwa Dam].”

Several other netizens also mentioned the dolomite sand beach located in Manila Bay, and commented on how it did not help at all in protecting areas from the effects of the typhoon. Other than for the reasons of beautification and aesthetics, it has brought no other positive feedbacks from many Filipinos. Even environmentalists described it as a root of eco-disaster, as well as a cause of health problems to people.

As of writing, typhoon Ulysses has already crossed Luzon and is now over the West Philippine Sea, east of Zambales.