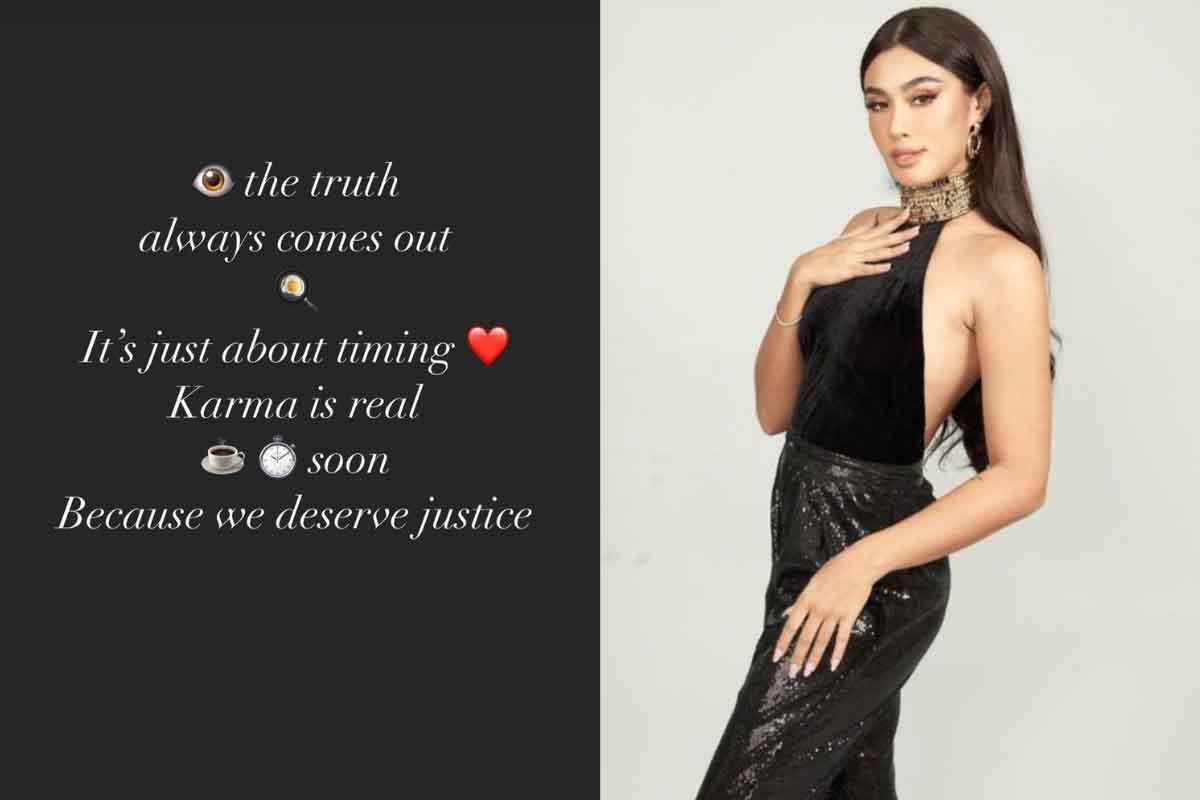 
Does Miss Taguig have tea?

“Get ready my loves, tomorrow I will be announcing big news, it’s time to be honest and speak facts,” one of the beauty queen’s stories read.

Another read, “The truth always comes out. It’s just about timing. Karma is real soon. Because we deserve justice.”

“To bear defeat with dignity, to accept criticim with poise, to receive honors with humility — these are the marks of a true QUEEN,” Supsup’s story read.

Lemonon bit back, posting another story shortly after Supsup’s.

“Accepting defeat graciously is one of the many mark of being queen. But what you forgot to say is that REAL queens play FAIR dont CHEAT,” Lemonon wrote .