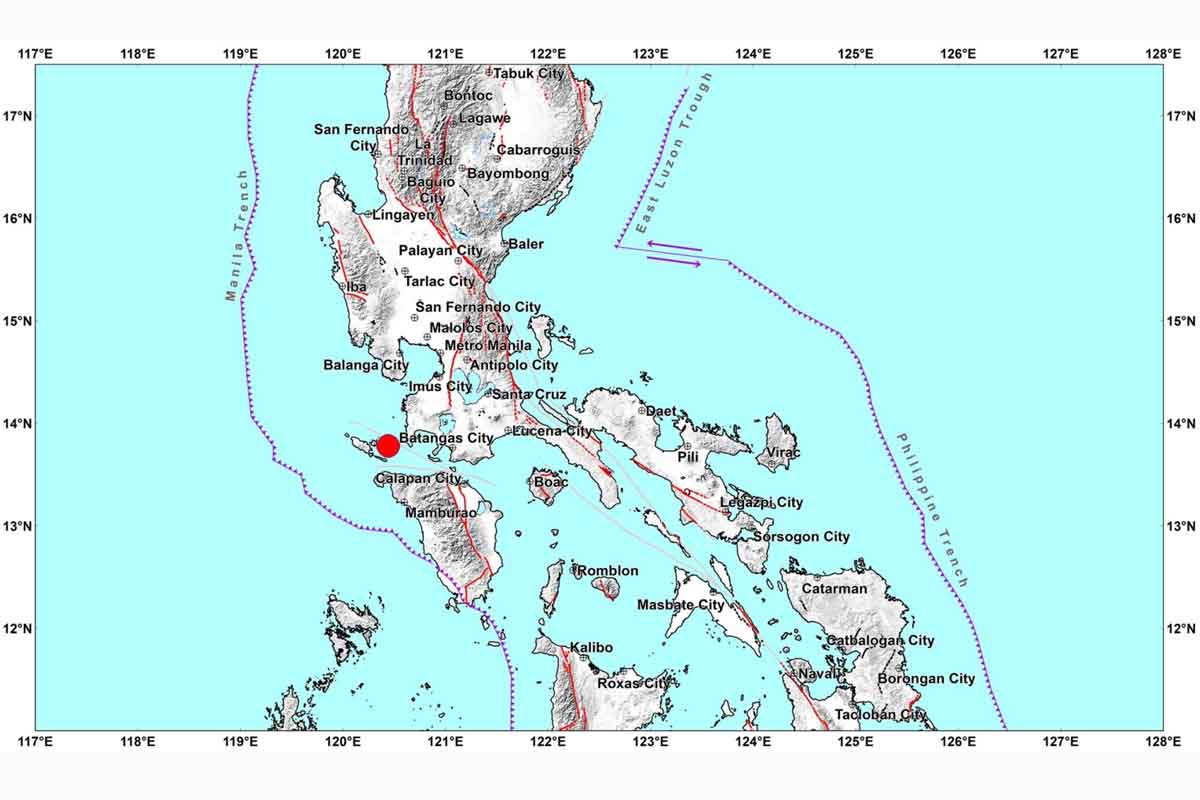 The Philippine Institute of Volcanology and Seismology (Phivolcs) reported a magnitude 5.2 earthquake that jolted the province of Occidental Mindoro in the early morning of Saturday, October 17.

The tremblor which struck at 4:06 a.m, was located at approximately 21 kilometers northeast of Looc town, Occidental Mindoro with a depth of 12 kilometers, and was of tectonic origin.

Phivolcs reported that the earthquake was also felt in nearby cities at various intensities.

Phivolcs advised that aftershocks can be expected from the tremor, but damages to structure are not expected to occur.