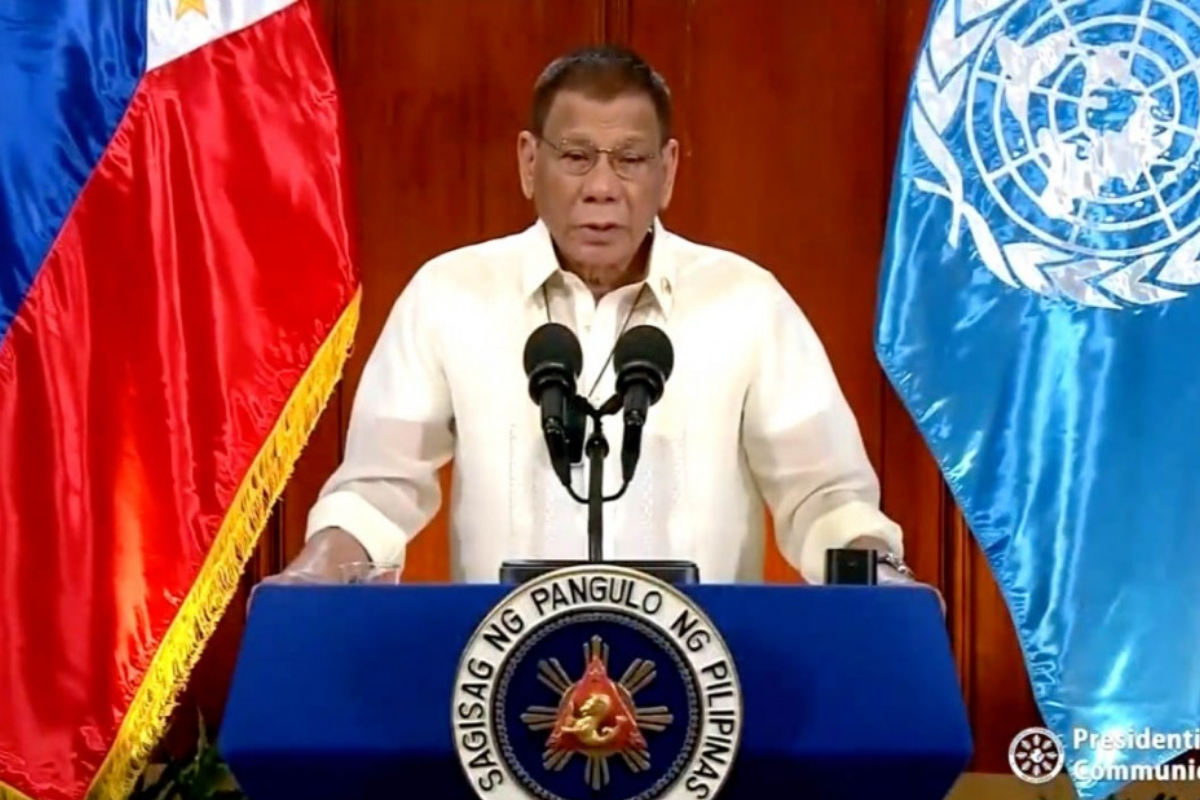 
President Rodrigo Duterte, in his speech at the 75th United Nations General Assembly, affirmed the country’s rights over South China Sea, citing the United Nations Convention on the Law of the Sea (UNCLOS) and the 2016 arbitral ruling.

“The Award is now part of international law, beyond compromise and beyond the reach of passing governments to dilute, diminish or abandon,” Duterte said in his first ever address to the UN.

“We firmly reject attempts to undermine it,” Duterte added.

This is seen as Duterte’s firmest claim yet over the disputed waters, as the president has been criticized for his defeatist stance over the maritime issue.

In his State of the Nation Address (SONA) this year, Duterte admitted being “inutile” against China’s claims over the waters.

“We have to go to war and I cannot afford it. Maybe some other president can but I cannot. Inutil ako diyan, sabihin ko sa inyo. And I’m willing to admit it: Talagang inutil ako diyan. Wala akong magawa,” the president had said.

In 2016, the Philippines won its arbitration case over the South China Sea. The arbitration ruling of the international tribunal at The Hague invalidates China’s historical claims over the waters and the so-called “nine-dash-line.”

China, however, repeatedly denied the ruling.

In his UN speech, Duterte also said that the country welcomes “the increasing number of states that have come out in support of the award and what it stands for – the triumph of reason over rashness, of law over disorder, of amity over ambition.”