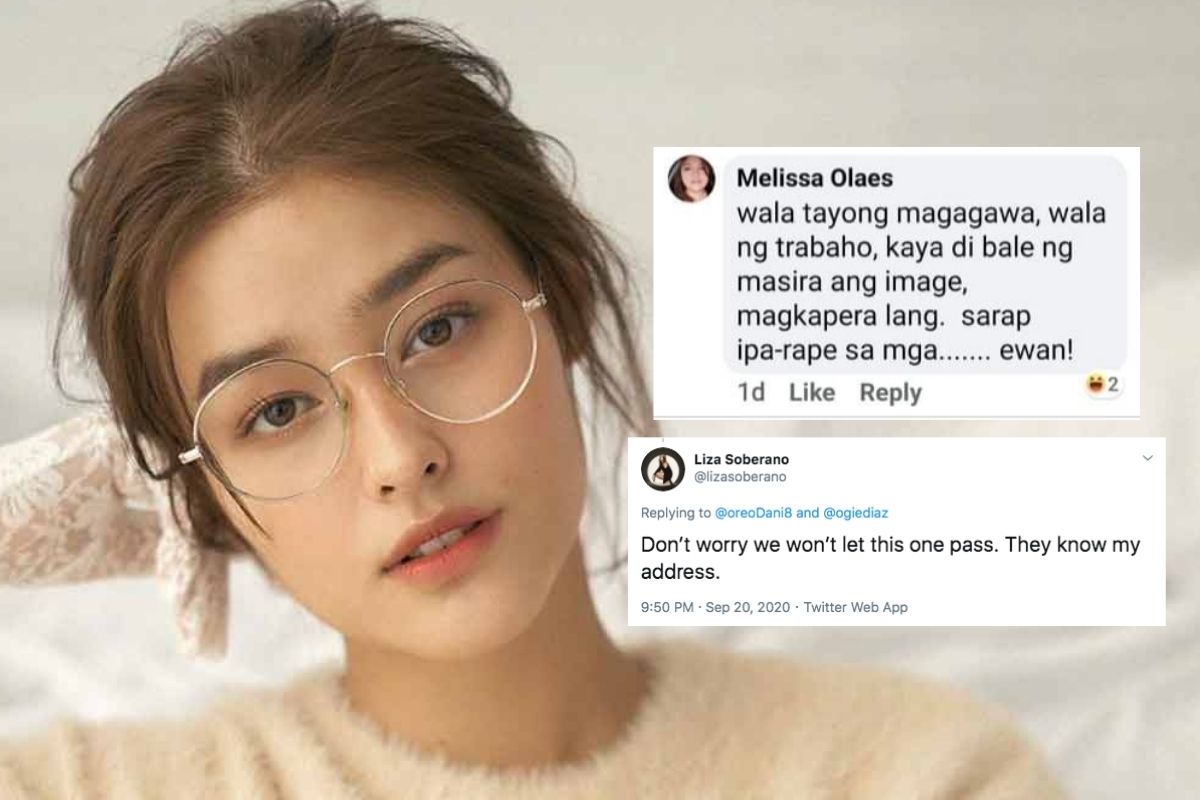 
The Converge Telecommunication employee who posted a rape threat against Liza Soberano has issued an apology following the actress’ remarks that she will not let it pass.

On Sunday, Liza vowed to go after a certain Melissa Olaes who, in a comment, threatened to have Liza raped.

On Sunday, Liza replied to a tweet regarding the threat saying, “Don’t worry we won’t let this one pass. They know my address.”

Don’t worry we won’t let this one pass. They know my address.

According to Olaes, she’s been receiving loads of hurtful messages and comments.

Olaes noted that she knows that rape is not a laughing matter and it is a sensitive matter which she should have thoroughly thought-out before she commented.

She also made it clear that Converge does not have anything to do with her Facebook activities.

Converge on Monday expressed their concern about the “wrongful comments and behavior of some employees over social media.”

“We are currently dealing with this matter and we will carry out disciplinary measures accordingly,” Converge wrote in a tweet.

(1/2) We are deeply concerned about the wrongful comments and behavior of some employees over social media. We do not tolerate such actions toward any customer and emphasize that their personal opinions do not reflect the company’s perspective, values, and culture.

(2/2) We are currently dealing with this matter and we will carry out disciplinary measures accordingly.