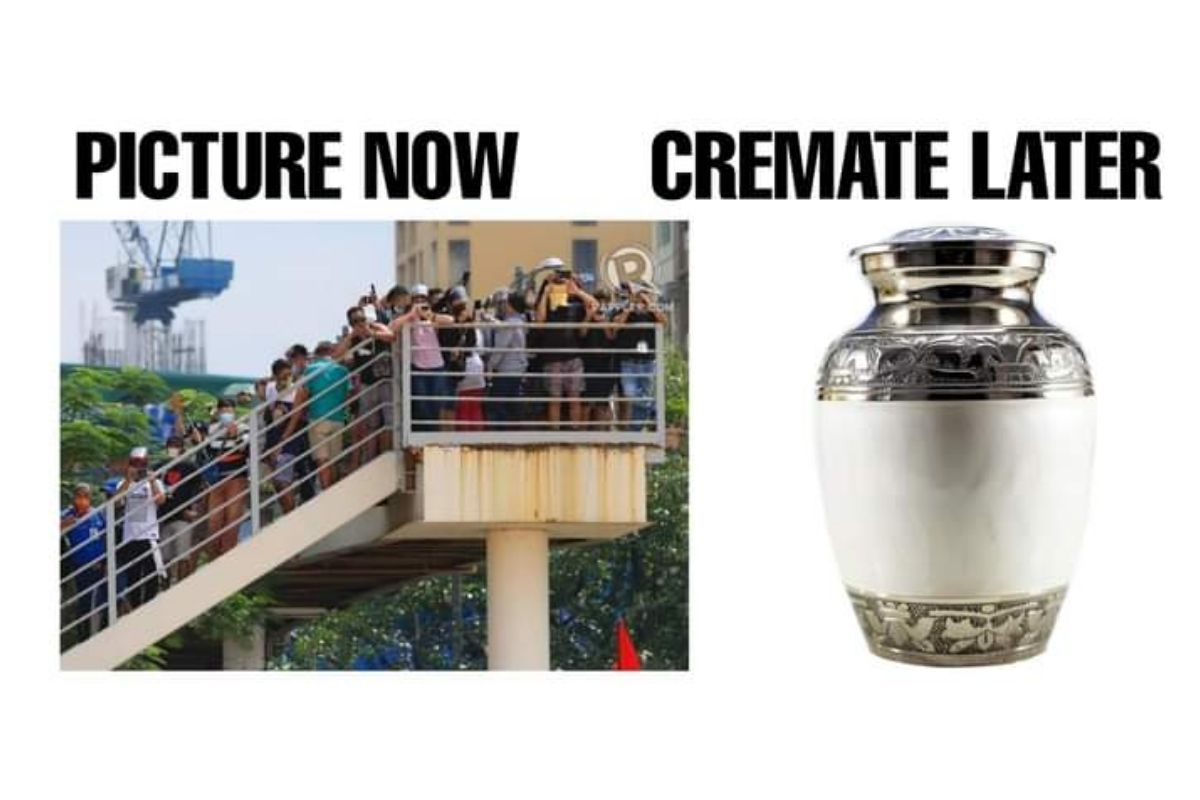 
Rappler’s photo of the crowd at the footbridge is now the #ManilaBayChallenge and netizens have hilarious entries.

The opening of the newly rehabilitated portion of Manila Bay shore on the weekend drew crowd of people who, apparently, failed to observe social distancing.

People who wanted to experience the ‘white sand’ in Manila Bay were seen crammed and close together in the lines and even at the footbridge just outside the beach.

One photo in particular went viral online and gave birth to a new trend slash meme.

Rappler’s photo of the crowd at the footbridge is now the #ManilaBayChallenge and netizens have hilarious entries.

Take time out and visit black—

Exactly two years ago today, the Naga, Cebu landslide happened which took 78 lives. To address the 'mental health concerns' and for the 'beautification' of the Manila Bay, the government decided to flatten yet another mountain in Cebu. #ManilaBayChallenge pic.twitter.com/7426BOtuFE

Did you know that I'm riding this horse backwards..?#ManilaBayChallenge pic.twitter.com/ftANu4kZlc