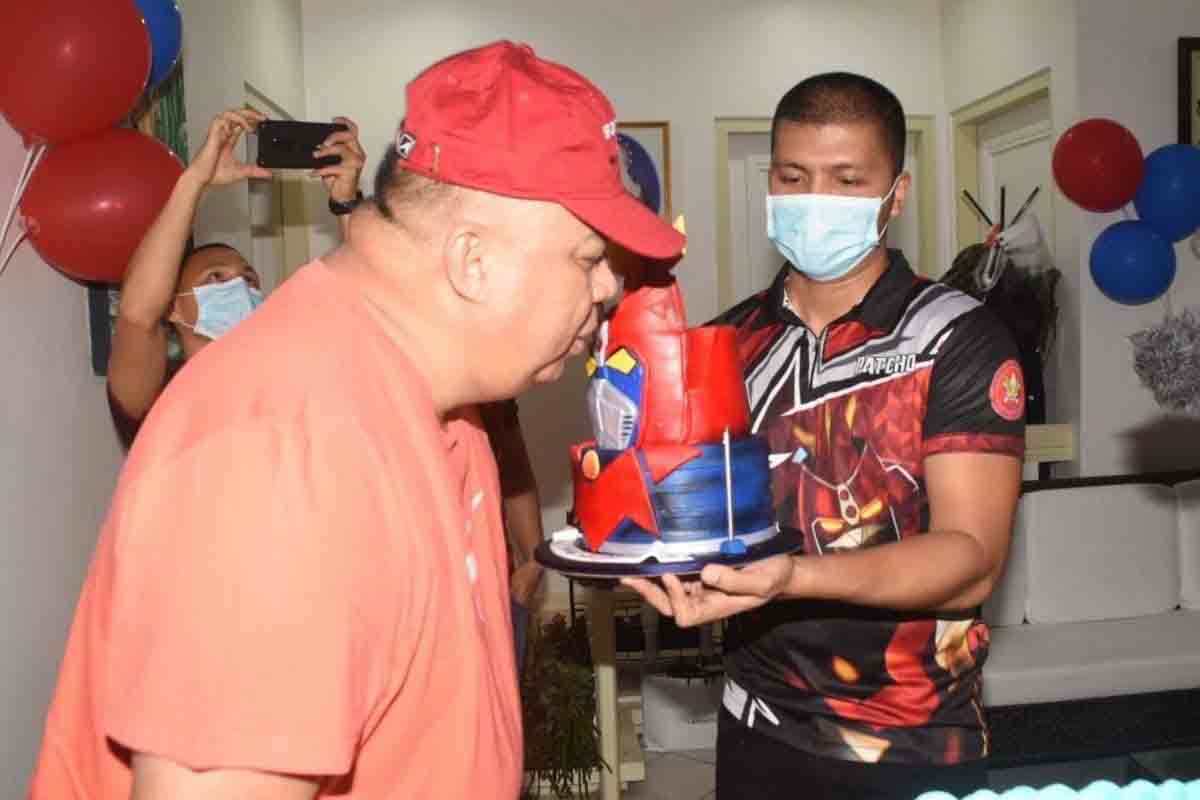 NCRPO Chief Sinas in his mananita birthday celebration in Camp Bagong Diwa, despite ban on mass gatherings during MECQ. Photo from NCRPO.

“We have to evaluate him properly. Of course the guy deserves also an evaluation and of course a promotion too. He has done good things and that is all I can really say,” he said.

Cascolan, who assumed the role of PNP chief this month, said the NCRPO chief has to be up at the Directorial Staff.

"He is an expert most especially with regard to the training of personnel and training of recruits," he said.

In May, Sinas made headlines for his mañanita birthday celebration in Camp Bagong Diwa in Taguig City, despite the ban on mass gatherings during enhanced community quarantine.