Have you seen this Taglish version of the New Testament? 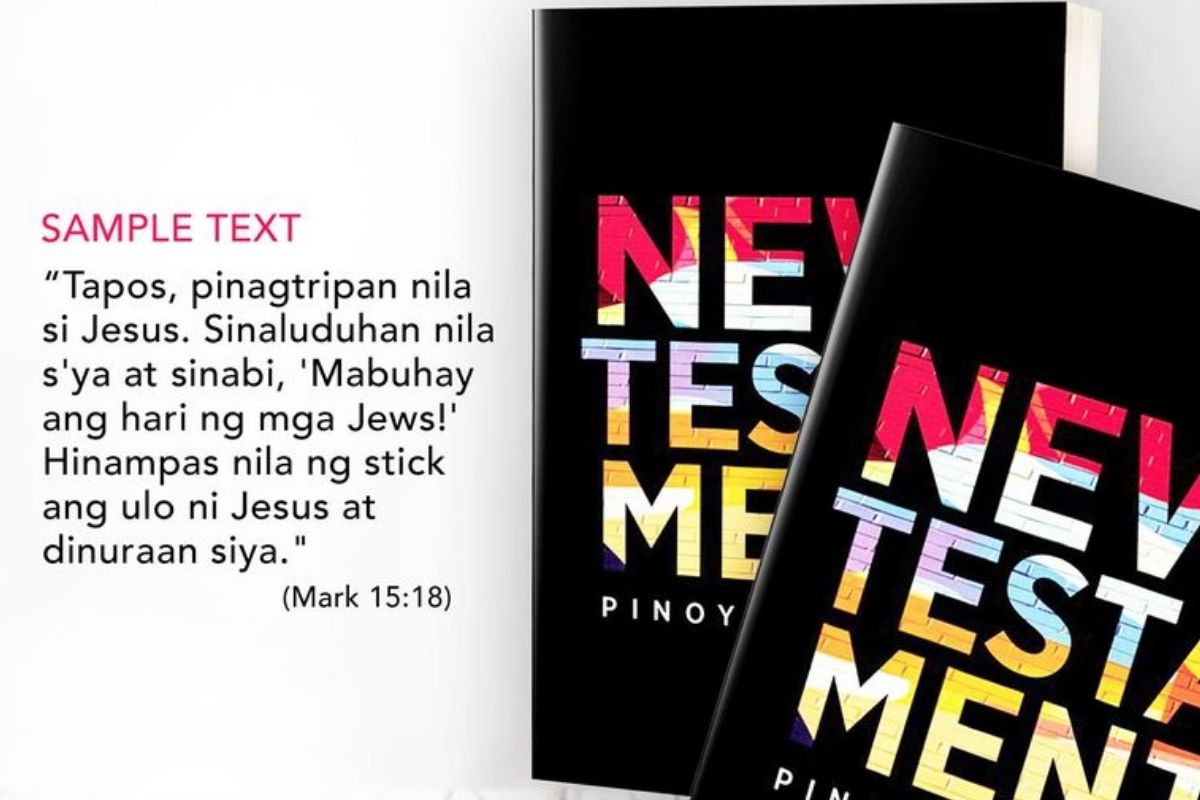 This Taglish version of the New Testament gained some mixed opinions from Christians online. Photo from St. Pauls Online Facebook.

The Bible has been around for quite a long time. In fact, as a three-thousand-year-old text, the Bible is the most read book of all time. Its original text in Greek and Hebrew has been translated into many different versions in various languages through centuries.

There’s American Translation, King James Version, Pidgin Version, even a Klingon version. But none has ever received numerous contentions perhaps as much as the Pinoy Taglish Version of the Bible did.

According to the St. Pauls Online’s post, the version used Tagalog and English languages, as well as modern lingos, in order to be “relevant and interesting” for the young people.

The Pinoy Version of the New Testament is a project of the Philippine Bible Society (PBS), a group composed of Christians in different denominations including Roman Catholics, mainline Protestants, Evangelical and free churches in the Philippines. The version which uses “heterogeneous language” was completed in 2017.

In the post, St. Pauls shared some verses from the new translation. Check out this Taglish version of Galatians 1:6.

“I am astonished that you are so quickly deserting the one who called you to live in the grace of Christ and are turning to a different gospel.”

Netizens and devout Christians have divided opinions about the Pinoy version of the bible. Some thought that the Taglish translation disrespects the scripture and loses its context.

“Language is an important factor in understanding the bible, translating it however into modern language or everyday speech is not a good idea,” one commenter said.

Others, on the other hand, find the new version easy and accessible.

“I don't find it scandalous. This is new evangelization. This is how we can reach even the most simple person,” another said.

Meanwhile, Most Rev. Broderick Pabillo is all for it. In a commentary, he said, “Pinoy version is intended for the many people in the National Capital Region, especially the young who have at least reached high school education.”

At the end of the day, it’s a matter of preference. Pick up whichever version of the Bible speaks to you the most. To each their own, right? But for anyone ready to read how shookt St. Paul was about the Galatians, the Pinoy version of the New Testament is at P145 each.