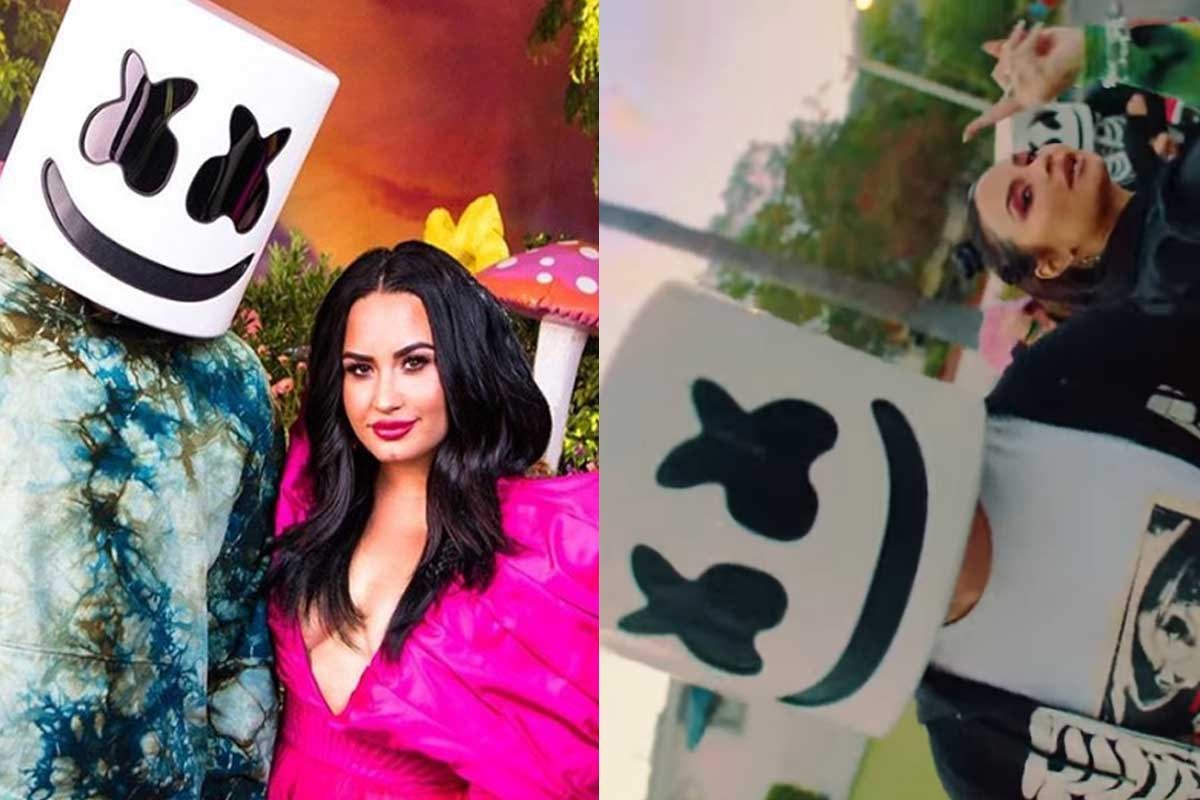 OK NOT TO BE OK. Demi Lovato and Marshmello meet their younger selves on their music video for ‘OK Not To Be OK’ and reminds everyone that it’s okay not to be okay. Photos courtesy of Marshmello and pmstudio


In case you needed to hear this today, ‘When you’re down and you feel ashamed / It’s okay not to be okay.’

Days can be hard, but it’s okay not to be okay.

American pop singer-songwriter Demi Lovato and DJ Marshmello partnered up with the organization Hope for the Day and released a track with the intentions to break the stigma around mental health on Global Suicide Prevention Day.

The song carries an uplifting and energizing rhythm that is sure to give anyone who listens to it a happier day. The lyrics bear encouragement and empowerment, as Demi sings:

Demi and Marshmello lend their voices and jams in the new song to bring light to the importance of mental health, especially with the current state of the world.

In the music video, the two artists were brought back in time, wherein they met the younger versions of theirselves, confronted with their insecurities and uncertainty as kids. In time, they walked along with their younger selves, accepting that sometimes, it’s okay not to be okay.

Hope for the Day founder and CEO Jonny Boucher expressed his anticipation with teaming up with Demi and Marshmello on the project that aims to break the stigma around mental health. The  track and music video was unveiled on World Suicide Prevention Day, giving emphasis on the problem many people face.

“Hope for the Day’s work in suicide prevention and mental health education thrives when we collaborate with others and what better than two of the largest artist in the world to work with on a track that reminds everyone it’s OK not to be OK,” Boucher wrote in a statement.

Check out Demi Lovato and Marshmello’s ‘Ok Not To Be Ok’ below!