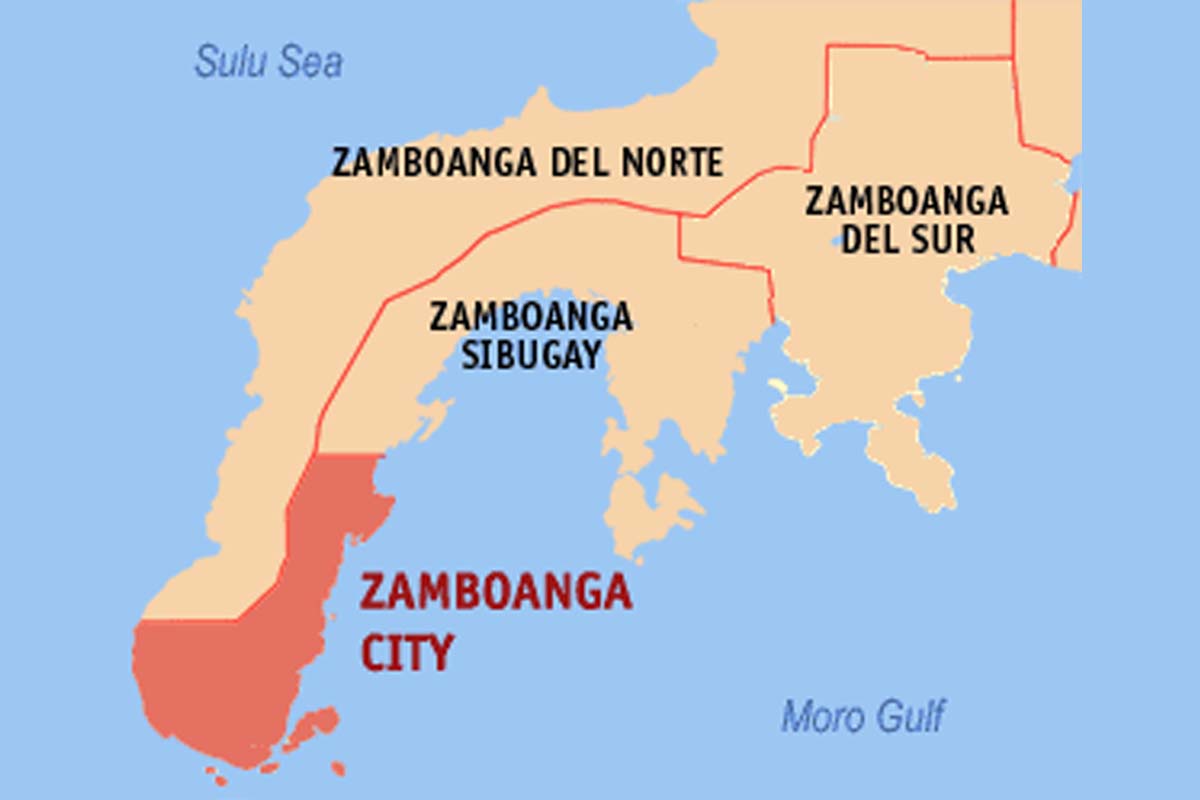 ZAMBOANGA CLASH. The map points out the areas in Zamboanga Subugay where a clash took place. Photo courtesy of Wikipedia


The encounter took place in Sitio Limuno in Barangay President Roxas at 2 a.m.

Five Abu Sayyaf Group (ASG) terrorists were killed, while a junior officer and a soldier were reported injured following a 30-minute encounter between the government forces and local terrorists in Zamboanga Sibugay at dawn of Wednesday, September 9.

After the 30-minute encounter, the military has recovered four high-powered firearms, including M16 and M14 rifles, along with ammunition and magazines, as well as bodies of three unidentified ASG terrorists inside the house of someone named Sariol.

Delos Santos said that the government troops are still conducting pursuit operations against the ASG.

According to the commander of the 44th Infantry Battalion Lt. Colonel Don Templonuevo, the firefight was caused by the pursuit operations against armed elements of Abral Abdusalam and Sahibad Group led by Basilan-based ASG leader Furuji Indama.

According to the commander of 102nd Infantry Brigade Brigadier General Leonel Nicolas, the group was planning to carry out kidnapping activities in the region, as per the reports received from a reliable source.

Last Sunday, it was also reported that a clash emerged, leading to the killing of Indama’s close associate. Two soldiers were also reported to be injured after the encounter.

Meanwhile, Vinluan guaranteed that the military would continue its obligation to serve and protect the citizens.