Filipinos fire back at KNets who mocked Pinoys online 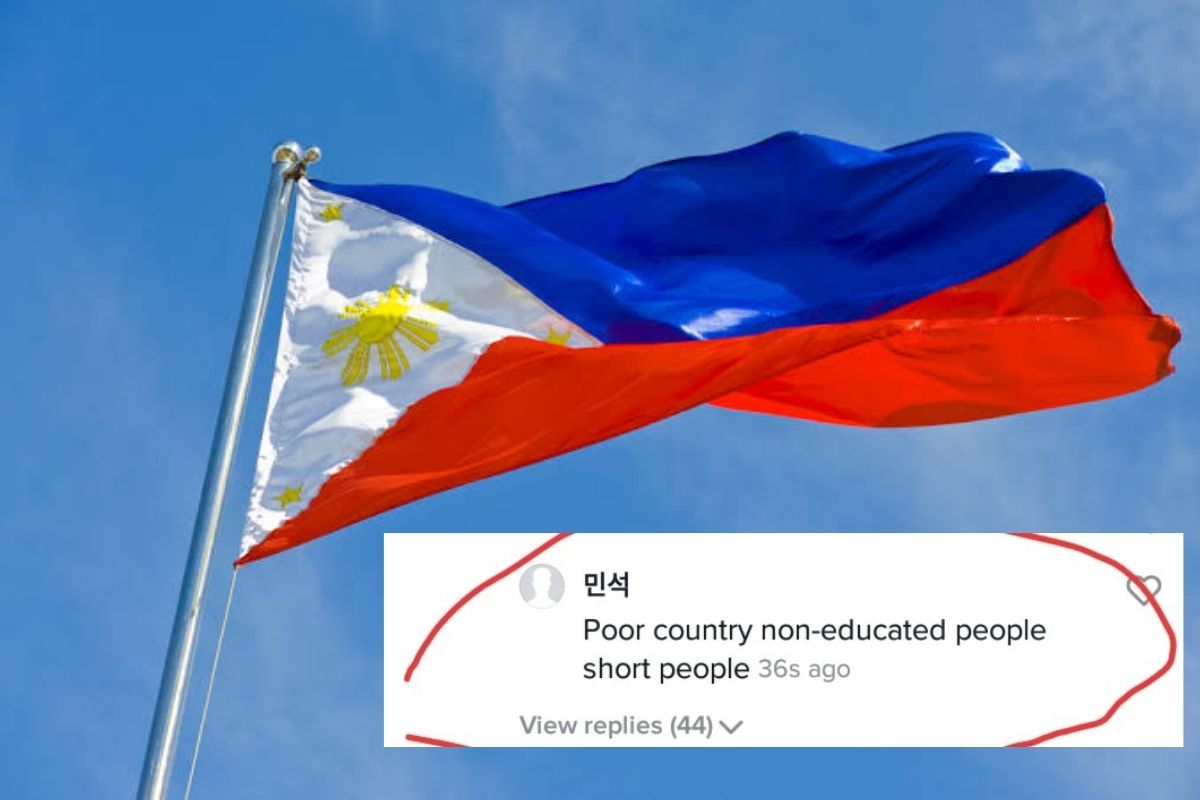 Filipinos are starting to put their lightsticks down and raise their flag.


Filipinos are starting to put their lightsticks down and raise their flag.

In case you’re wondering why the hashtags #cancelkorea and #ApologizeToFilipinos are trending on Twitter, some Korean netizens mocked a Filipina Tiktoker for her tattoo. It didn’t end there, they also made fun of Filipinos and the Philippines as a country.

And now, these KNets are getting what they deserve.

Filipino netizens responded with facts about how much our nation helped Korean since the Korea war until now, for supporting their K-pop idols which helped their economy a lot.

One netizen shared that a Korean once told her that they hate Filipinos ‘because of our skin color and our faces,’ to which a lot of netizens responded with photos of our Miss Universe Queens, side-by-side a photo of Korean who took plastic surgery to look better.

KNets who said that Filipinos are non-educated were slapped with an article which says Koreans travel to the Philippines just to learn English.

Some also reminded the Koreans that Filipino troops were the first ones to come to their aid in times of war.

Below are more tweets from angered Filipino netizens.

I'm proud to be a kpop and kdrama fan, but for now let me put down my lightstick and raise my own flag. Some koreans may have insulted us filipinos and our country, hence we should not curse on them and show RESPECT that they haven't showed #cancelkorea#ApologizeToFilipinos pic.twitter.com/U2nZFsXOX7

I will raise my flag than my lightstick.
I'm proud Filipino.#cancelkorea pic.twitter.com/VN360ZTWjY

(some) koreans: Koreans never forget history.
Filipino: Oh really?! Then why did you forget the history about how we help your freakin' country. Feel free to research about it darlin'#cancelkorea I'm a fan of K-pop, drama and other related things about Korea but this is 👎😅 pic.twitter.com/40BhZILFCf

Bella already apologized and she said she will cover her tattoo.She's trying to correct her mistake but what's all this toxic Koreans calling us "uneducated"#cancelkorea pic.twitter.com/drpNmD8kre

Let's bring back history!!
The Philippines was the first Asian country that sends combat troops just to protect Korea. And now toxic Koreans were saying that Filipinos were poor and uneducated?
Take your lightstick down and raise our flag🇵🇭#cancelkorea pic.twitter.com/R7rRFxbTEC

#cancelkorea 👈 is trending rn, many Korean idols/actors are loved because of their looks. if looks is what you're looking for then here's Tay Tawan. He's not only good looking but with also with a great personality and he loves Philippines. 💙 #YestoThailand pic.twitter.com/D9pZgBIE80

I admit that since hs I'm an avid fan of Korean stars. I do respect their culture, language, people and their talents. We're helping you, giving our full respect but in return you did this to us? Please. Respect us too. 🙏#cancelkorea #ApologizeToFilipinos pic.twitter.com/C5o7JIp1bL