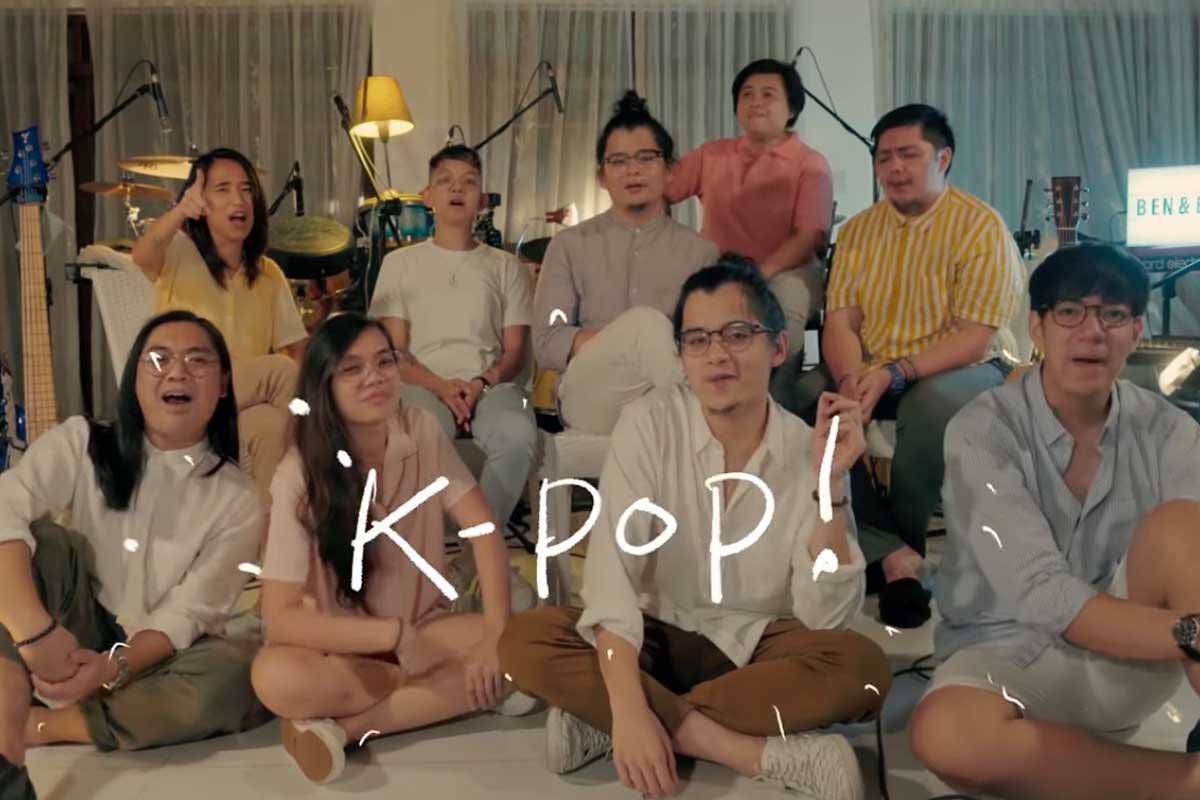 
The requests came to life! Due to public demand, Ben&Ben finally covered some KPop songs in the first episode of their newly-launched video series, BBTV!

Guys, it came to life!

In the first episode of their newest video series on YouTube, BBTV, the musical ensemble shared their own rendition of the songs from NCT Dream titled ‘Beautiful Time,’ followed by Red Velvet’s ‘Bad Boy,’ DAY6’s ‘You Were Beautiful,’ then lastly, TWICE’s ‘Feel Special.’

The group shared how much they enjoyed rearranging the songs. For NCT Dream’s ‘Beautiful Time,’ they recounted how they had a ‘beautiful time’ arranging the song, despite cramming for it on-the-spot before filming the performance.

They also did a shout out to NCT Dream members Mark, Renjun, and Chenle who recommended and played Ben&Ben’s songs in their live broadcasts.

As for Red Velvet’s ‘Bad Boy,’ many puns were made in introducing the title, but the group said that they enjoyed doing the song.

Andrew, who plays the percussions, admitted that 'Bad Boy' was one of the very first KPop songs that he liked when he was browsing through the Dalkom Café playlist in Spotify, saying that it was one of the songs that really stood out.

Meanwhile, they collectively agreed that DAY6’s ‘You Were Beautiful’ was a common favorite among them.

“It was love at first listen,” guitarist Poch said. Toni also praised the song, saying that it has ‘great musical sensibilities,’ and it was very relatable to Filipinos. They also said that it would be a great ending for a telenovela or K-Drama.

After the performance a shout out was shot to YoungK for listening to their song, as well as to DAY6 for writing such a great song. But it doesn’t end there! They also said that it might be good to create a Filipino version for the song! What do you think?

For TWICE’s ‘Feel Special,’ which they played last, they mentioned that it was fun to play and it gave them good vibes. It was evident that they enjoyed covering the songs.

Fans of the band, as well as KPop fans, expressed their joy and gratitude on social media and praised Ben&Ben for their genius and effort to cover such songs.

Despite having zero to little knowledge on the Korean language, their pronunciation was commendable, and they surely practiced well for the performance.

They gave the KPop songs their own color and a new vibe to them, which was incredible!

The covers were also considered as their special thanks to the KPop idols who listened and appreciated their songs, making them known to South Koreans.

In case you missed it, watch this first episode of Ben&Ben’s BBTV!