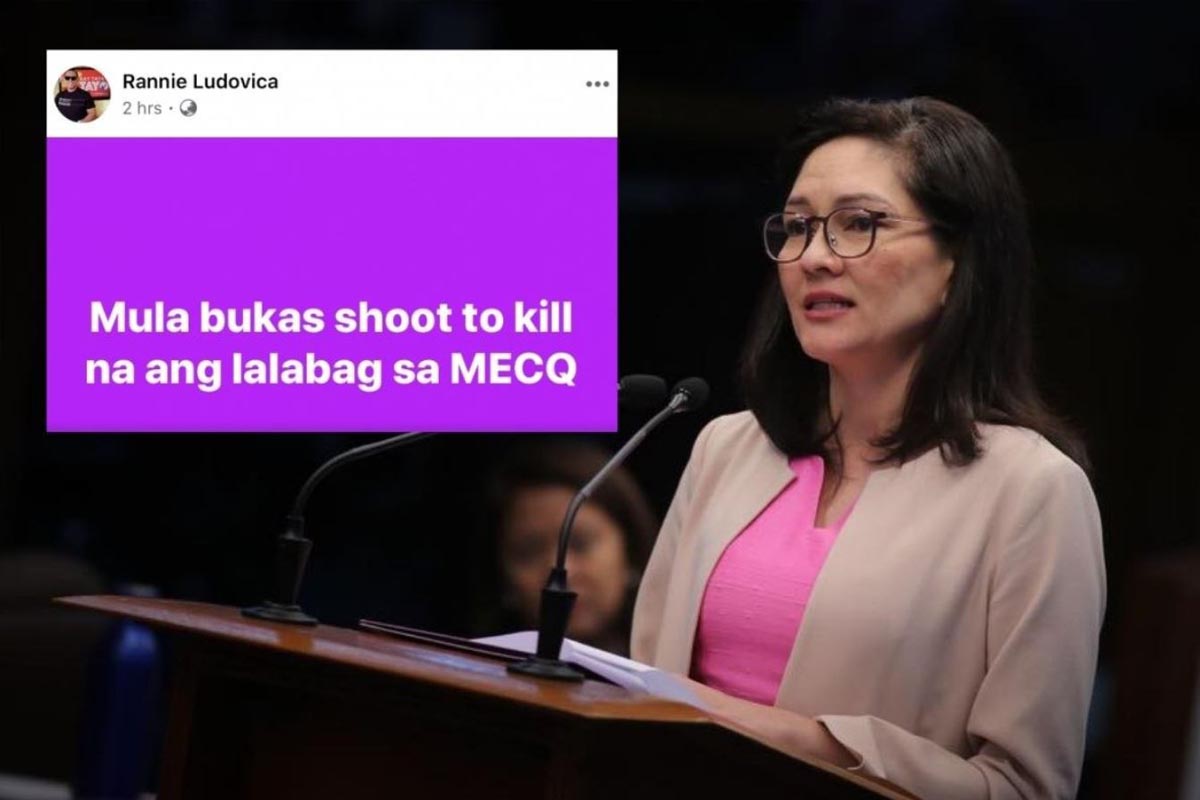 The post prompted Sen. Hontiveros to file Senate Resolution 489 which seeks to probe Ludivica’s remark, as well as other abusive conduct of local government officials in enforcing community quarantine guidelines.

Ludovica received backlash for his post and has posted an explanation, saying he was frustrated by the decision to revert the capital region to stricter quarantine because of the continuous increase in COVID-19 cases.

In her resolution, Hontiveros cited several accounts of abusive “locking quarantine violators into dog cages or keeping them under the heat of the intense midday sun, or even forcing them to kiss each other and dance in a lewd manner.”

According to the senator, the conduct violates the Code of Conduct and Ethical Standards for Public Officials and Employees, as well as the Constitutional proscription against inhumane punishment.

“The Filipino people are already suffering intensely from the health and economic impacts of this pandemic— local government officials must act with even greater fealty to their obligations as public servants,” the resolution read.

“Punitive and militarized responses to a public health pandemic serve no purpose but to punish the already suffering.”

Quezon City Mayor Joy Belmonte has also condemned Ludovica’s statement, saying it was irresponsible and does not reflect the policies and principles of the city.