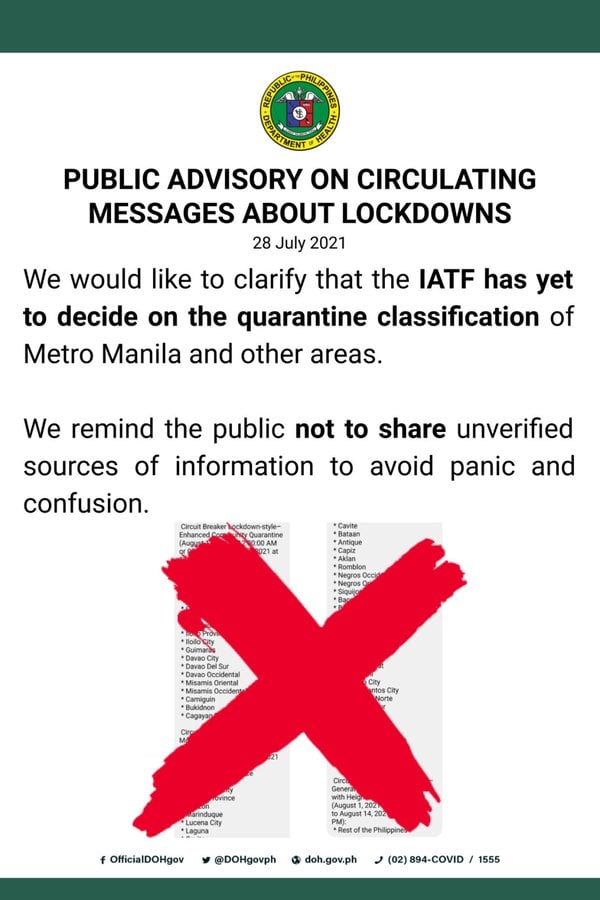 
The house to house program will be launched first in some barangays in Metro Manila and Calabarzon (Cavite, Laguna, Batangas, Rizal, and Quezon).

According to DOH Undersecretary Maria Rosario Vergeire in an interview with ABS-CBN News Channel, the program will first be introduced in Metro Manila, then in Calabarzon (Cavite, Laguna, Batangas, Rizal, and Quezon)

The Health Undersecretary said that this is a part of the alterations of the policies to be made during the re-imposed modified enhanced community quarantine in Metro Manila and neighboring provinces where the health systems needed a ‘timeout.’

“One of the strategies that we are now employing would be the coordinated operations to defeat epidemic or the CODE strategy where we are going down to the local government units,” Vergeire said.

She also added that they will be adopting the Rabi model from Mumbai where they did house-to-house and were able to identify all symptomatic individuals, test them and their contacts, which somehow helped them contain the transmission.

Vergeire said that the DOH has already identified ‘priority barangays’ in Metro Manila and Calabarzon wherein the house-to-house will be carried out in the following two weeks.

Vergeire also said that the DOH will contact trace at least 37 close contacts of those who will test positive among the individuals found to have symptoms of the virus in the select areas. This standard was suggested before by the contact tracing czar, Baguio City mayor Benjamin Magalong Jr.