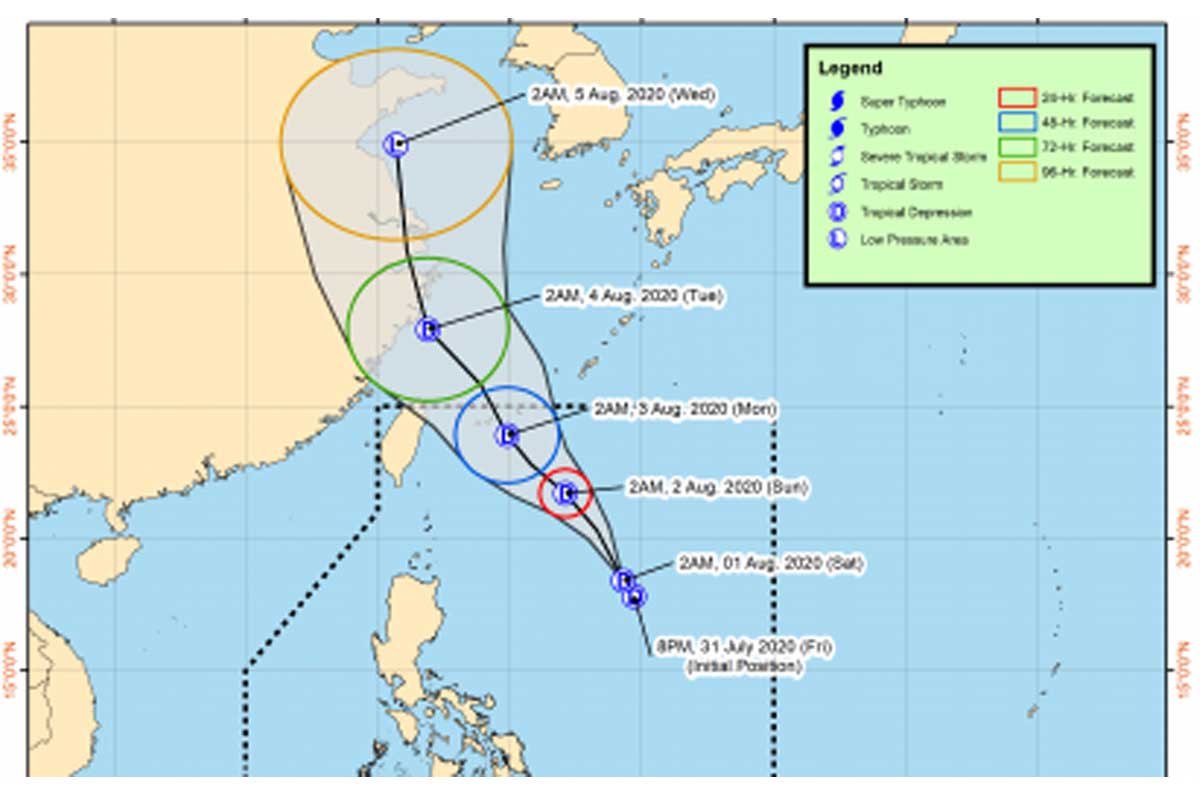 PATH OF ‘DINDO.’ The trajectory of the tropical depression Dindo. Photo courtesy of PAGASA


The new tropical depression ‘Dindo’ is expected to bring showers in most parts of the country on Saturday.

The low-pressure area located in east Cagayan has turned into a tropical depression named ‘Dindo,’ and is expected to bring showers in many parts of the country on Saturday.

In the weather bulletin by the Philippine Atmospheric, Geophysical and Astronomical Services Administration (PAGASA), ‘Dindo’ was last seen at 825 km. east of Tuguegarao City. While it has no direct impact on the country, the southwest monsoon takes part in the scattered rains and thunderstorms in the country.

‘Dindo’ has sustained winds of up to 45 kph near the center and gustiness of up to 55 kph, and is not expected to make a landfall as it moves west-northwest at 1- kph.

It is forecasted to be at 575 km. east of Basco, Batanes on Saturday night if it maintains its speed and track.