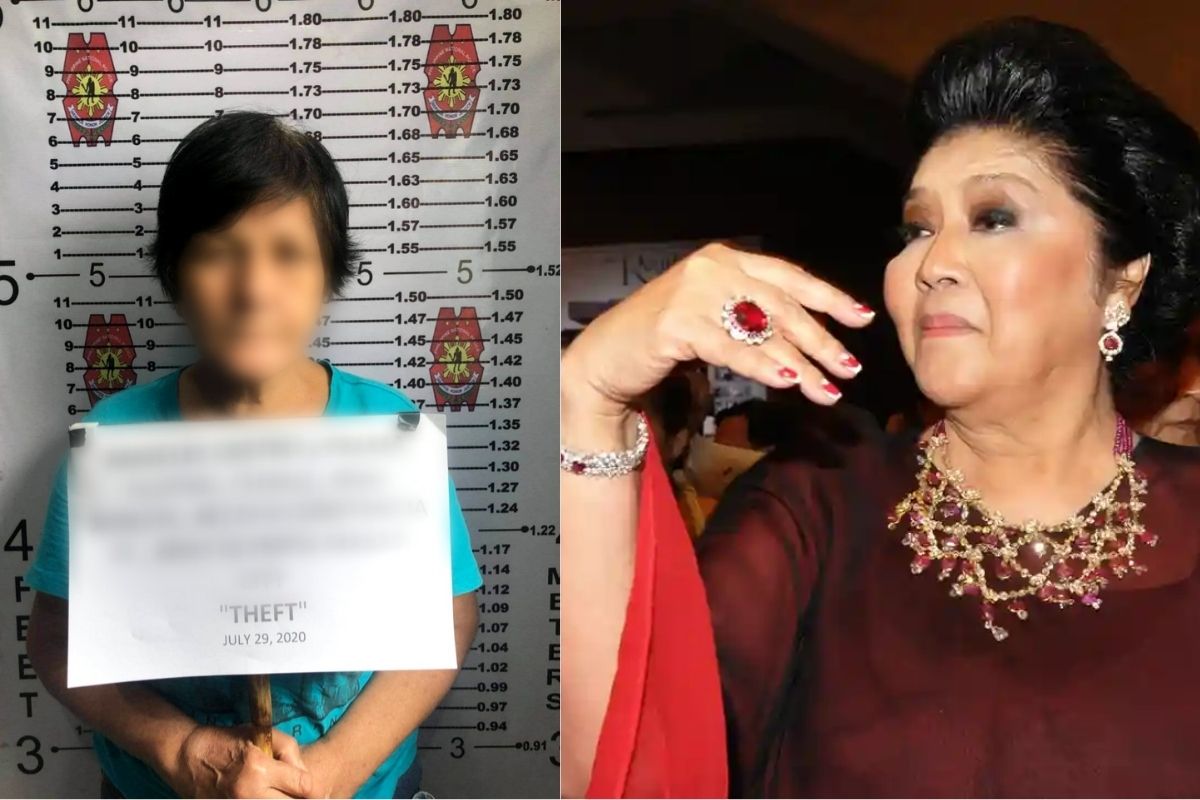 
Former first lady Imelda Marcos trended on Thursday as netizens relate her to a 60-year-old woman who was caught shoplifting in Makati.

ABS-CBN reports the woman was caught stealing luncheon meat, body sprays, and chocolates in a convenience store in Bel-Air, Makati.

Twitter netizens compared the fate of the woman to Imelda Marcos who funneled $200 million to Swiss foundations.

In 2018, Marcos was found guilty of a number of graft cases. The Philippines National Police (PNP) failed to arrest and jail her because of “old age” and “health conditions.”

y'all said imelda marcos is too old to be thrown to jail... why can't y'all have the same energy for this lola? ang batas ba applicable lang sa mahihirap? pag mayaman at makapangyarihan, untouchable? https://t.co/UFdrFTS5Hy

Zarce Abaracoso (@zarceeeee) said remember Imelda Marcos who still got away with 7 counts of graft because she has money to post bail and she even used her “age-card.”

Remember Imelda Marcos who faces 7 counts of graft and convicted as guilty but still get away with it because she had money to post bail and even used her age-card!

Another netizen @banana_mjc said said this is the justice system of the Philippines.

A 60-year old woman just got arrested for shoplifting at a convenience store in Bel-Air Makati.

Ladies and gentlemen, the justice system in the Philippines. 🤷‍♀️

Below are some more notable tweets from netizens:

Mali ang pagnanakaw, but let's think why do our countryfolks resort to this? And why can convicted people of power (*aherm* IMELDA MARCOS *aherm*) get away with it? https://t.co/J2XPGa9nzP

imelda marcos wHEN?? all the corrupt officials who continuously steal from the pEOPLE WHEN??????? pulis scam https://t.co/nuFbuPptnZ

When the poor shoplifts they ended up being arrested, or worse, dead. But when the police kills innocent lives; politicians, corrupt billions of people taxes and government funds in broad daylight, they're given due process, or even hailed as heroes and increases their salaries. https://t.co/3ueERXZrlR

my heart isn't disappointed at all. She doesn't want her family to starve to death. I'm disappointed why y'all arrest the poor while letting the privileged get out of the way. why not arrest the REAL THIEVES? IMELDA MARCOS, BONG REVILLA, & GLORIA ARROYO. I didn't stutter. https://t.co/CI5QpAQo1I

They keep talking about the death penalty, yet they refuse to arrest Imelda Marcos despite an arrest warrant. 🤡🤡🤡🤡

'lola' stole canned goods, imelda marcos stole from the country's fund— yet, lola had been arrested, while imelda's living a filthy rich lifestyle.

"justice served 'the rich' by looting it from 'the poor'" — moses anthony pic.twitter.com/Jqx3jZOMUz

this is so sad, see how justice works differently from those in power and those in poverty? imelda marcos was not imprisoned because she was given compassion for her ‘old age’ meanwhile people whose last resort is to commit crimes to feed their families are immediately locked up. https://t.co/sU72VK9YjB

This is what happens when the govt continues to neglect the needs of the people. Walang trabaho, walang ayuda. People will be forced to do anything, even stealing, just to have food on the table.